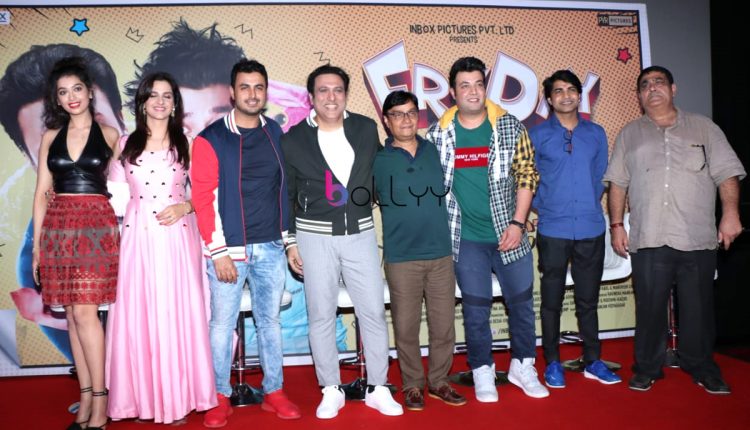 The trailer of Govinda’s film FryDay was launched in Juhu PVR, Mumbai, where Govinda, Varun Sharma, Vrijendra Kalra, Digangna Suryavanshi and other artists were included in the film’s cast, let you know that this film is a comedy drama created by Abhishek Dogra . Govinda, Varun Sharma, Sanjay Mishra and Rajesh Sharma are in the lead role in this film.

According to the reports, the film is about to make the audience laugh very much. The film is produced by Sajid Qureshi under the banner of Inbox Pictures Pvt. Manoj Shaw has done cinematography in this movie.