It was an eventful morning for 5000 children who participated in ‘Run for less & under privileged children’ to mark Children’s Day. 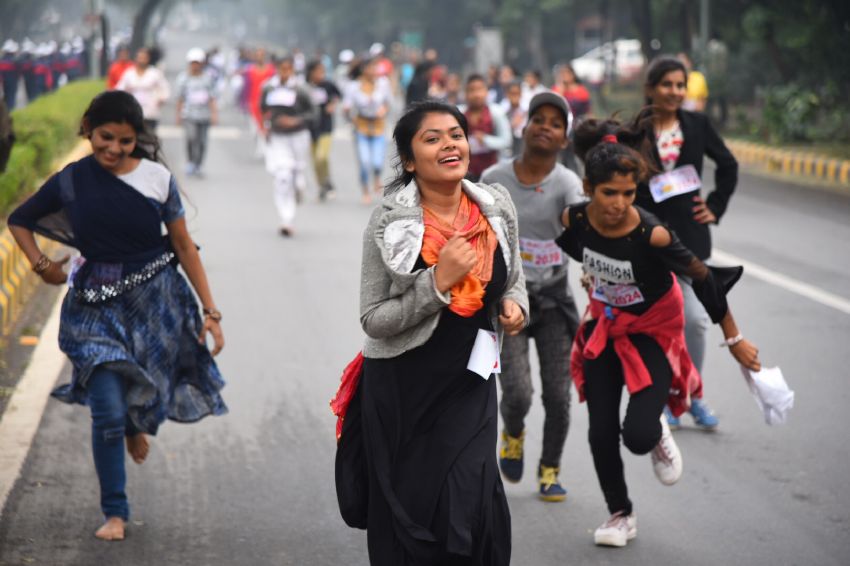 Bollywood actor Govinda, who had come to support the event, said, “Today is the day of children and He is very happy to meet these children. PRAYAS is doing good efforts (Prayas) for children. It’s a good initiative. I’m amazed to see so many kids participating in the run. We should all come forward to support these kids.”

“As we celebrate Children`s Day on November 14, this marathon is a wonderful chance to not just experience the pleasure of running with the children from underprivileged segments of our society and from various schools, but also to support their demand for rights of children,” said Amod K. Kanth, Prayas General Secretary and former Chairman of Delhi Commission for Protection of Child Rights.

Organized under the aegis of one of India’s largest non-profit organization children belongs to downtrodden Prayas Juvenile Aid Centre Society, the run was an initiative to create awareness about children rights. Besides school children there were at least 1,000 under-privileged children and homeless people. Among them were schoolchildren, the homeless, other less privileged and special-needs children in the age group of 10 and 18.

The ‘Run for Children’ started at 7:30 am from Central Secretariat Ground, Vinay Marg Chanakya Puri (adjacent to Nehru Park), proceeding to Hyatt Hotel, Via Leela Palace. The return lap was  through Hyatt Hotel, taking a U-turn from Mahatma Gandhi Flyover before terminating at Central Secretariat Ground. Celebrities, VIPS,  Politicians, Corporates, top cops , Govt officials and representatives of NGOs flagged off the kids whose massive presence and  electrifying enthusiasm has become the hall mark of the Children’s Day in the capital next only to Bal Diwas function. Four hour long celebration started with a 4 km long Run followed by cultural programmes presented by various Projects of Prayas, different NGOs, Public and Government Schools.