GUESS WHO IS REPLACING ADITYA ROY KAPOOR IN THE FILM ON IIFA?

Only last week, there were rumours of Aditya Roy Kapoor and Diljit Dosanjh starring alongside Sonakshi Sinha for a film on IIFA. Wizcraft, the event management company that is responsible for IIFA, came up with this unique idea earlier this year and now they’ve collaborated with Vashu Bhagnani for the project. Last we heard, the lead star Aditya Roy Kapoor has walked out of the film. Apparently, the actor’s dates are clashing with another project and his work commitment is the reason why he took out of the movie. 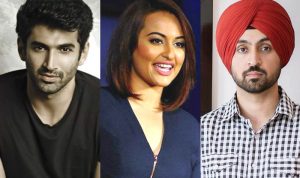 Diljit Dosanjh too has apparently quit the film and the production house has roped Pyaar Ka Punchnama star Kartik Aaryan to replace one of the two leading actors. This news has been doing the rounds since Aditya quit. 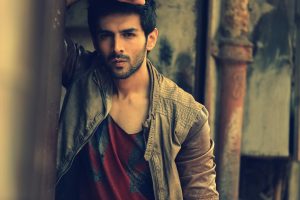 The movie is supposed to be a rom-com, that will feature behind the scenes of International Indian Film Awards; USA gala will play a major role in the movie. Along with so many celebrities cameos, the movie will feature Kartik Aaryan and Sonakshi in lead roles as of now.