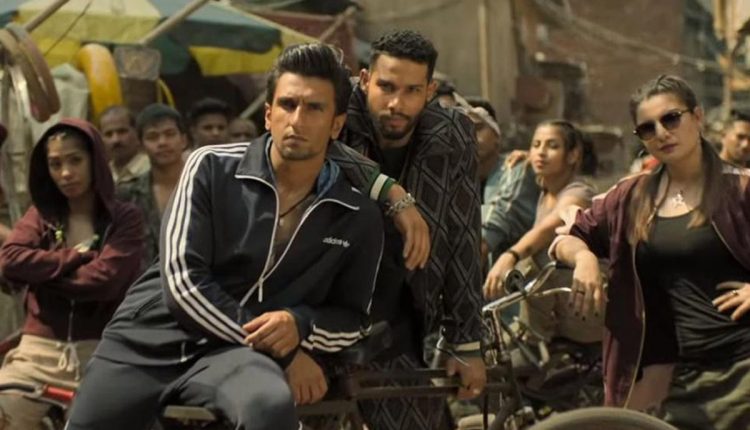 There’s a line in the film where the character MC Sher (Siddhant Chaturvedi) says, “Agar duniya mein sab comfortable hote toh rap kaun karta?” And this is where the film is based. The Rap Scene, the underground music scene in India.

Story :  Murad (Ranveer Singh) must fight off his poverty and social disadvantage to realise his dream of being a rapper. His friends and family rally together to help an ordinary boy in becoming an extraordinary rapper. This lively take on a young man’s struggle to rise above his station in life – it’s a tale inspired loosely by the experiences of real-life Mumbai street rappers Naezy and Divine, both acknowledged upfront in the credits – is informed with empathy and solidarity.

Performance :  Ranveer Singh shines bright as a star in this one. It seems like that He was born to play this part and the way he raps his soul out in the film, makes it a killer set. He breathes life, despair, euphoria and belief into his role. The chemistry between Ranveer and Alia is cute, lovable and fiery, too. Siddhant Chaturvedi, in his first film, deserves a dab of honour. He’s easily one of the most effortless actors in showbiz. Vijay Varma, Kalki Koechlin and Vijay Raaz are all superb in their respective roles as well.

Direction and Editing : Zoya Akhtar is in her genre totally. The story and screenplay by Reema Kagti and Zoya scores high, has flair and finesse with beautiful touches on the edges. It’s just the kind that raises the tempo of the narrative a notch higher but it lacks because of her nature of making films. It is 20 minutes long and could have been shorter if it would have made by some other director.

To Conclude, Gully Boy can be seen once whole-heartedly commended for its craft, fascinating characters, and the actors. For me, it’s 3/5 star.

Star Plus Brings To You Its Latest Offering ’Divya Drishti’, A Tale Of 2 Sisters