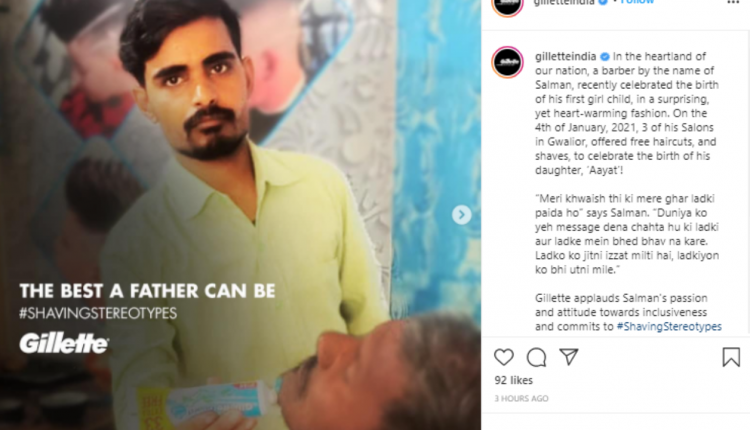 In a town in Madhya Pradesh a barber by the name of Salman Khan recently celebrated the birth of his daughter, Aayat Khan and made a strong statement on gender role and bias prevalent in our society.On the 4th of January 2021, men’s salon owner Mr. Khan offered free haircuts, and shaves, in three of his salons across the city of Gwalior in celebration of the birth of his first girl child. A gesture which has touched the hearts of people across the country. Jyothi Venkatesh

Recognizing and appreciating his passion and attitude towards inclusiveness, Gillette has featured his story under the #ShavingStereotypes narrative of the brand.Gillette, as a progressive man’s brand, believes in and propagates conversations that are important to raising and inspiring the future generation of men. In an extension to the global campaign “The Best A Man Can Be” Gillette aims to redefine gender stereotypes prevalent in most rigid societies.

And Mr. Khan’s action today truly represents the essence of this campaign #ShavingStereotypes.

Salman Khan has truly proved to all of us that a good man, a good father, a good husband is one who respects the different and unique roles women play in holding our society together. Gillette as a gesture of appreciation, has given Salman the Barber Suraksha Kit and applauds him as ‘the best a father can be’. 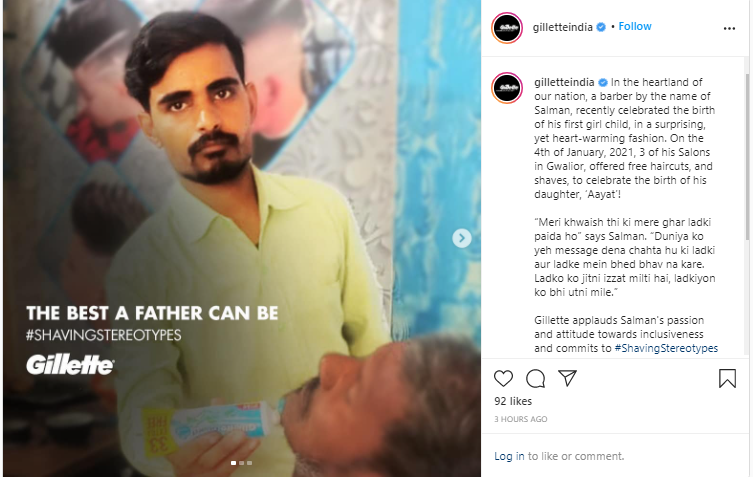 The poster of the Short film Shameless just is out, the film has been Qualified for Oscar Consideration.