HAPPY WOMEN’S DAY: FROM SRK TO AMITABH BACHCHAN, HERE ARE 10 MALE FEMINIST OF BOLLYWOOD WHO STAND OUT FOR WOMEN RIGHTS

In India, people are very afraid the word “feminism”. They always try to avoid this word. Especially in Bollywood, it’s a recurring scenario, celebrities, except for a few, shy away from associating themselves with feminism. Because at present feminism turned into a negative word. People think that feminists are men haters and they think they are superior to men. But, very few are ready to clear these misconceptions. Most of the times women are trying to explain the concept of gender equality. Kalki Koechlin, Shabana Azmi, Swara Bhaskar, Konkona Sen Sharma are some of the celeb feminists who are always vocal about women’s rights and gender equality. But today on the International Women’s Day, we talk about those fewer male celebrities who are feminists and open about the same.  They always try to make our country a better place for women. They speak up and stand out for women at every chance they get.

Here is our list of 10 Bollywood celebs who stand out for women’s rights.

Badshah of Bollywood has never held back when it comes to discussing the parity in treatment of male and female actors in Bollywood. SRK always proved himself a true feminist, either we talking about his announcement that the female lead’s name in each of his films would appear before his own name in the credit roll or when he actively participate in the equal pay debate (We can start with pay being equal- SRK). One of the major reason for his female fan-following (apart from his Charm, dimples, and romance) is that he always treats every woman equally and respectfully.

Multi-talented actor Farhan Akhtar is one of the rare celebrities in India to publicly raise awareness about gender equality and promote women’s empowerment. He started an initiative called Men Against Rape and Discrimination known as MARD. This campaign was created to bring about change in India and start conversations regarding respect and equality towards women.

Apart from being a legendary actor, Amitabh Bachchan, who is actively involved with various social issues, is also batting for Girl’s education. He is always ready to take initiative to spread awareness about girls education and women empowerment. He is an ambassador of  Beti Bachao, Beti Padhao campaign and also UN ambassador for the Girl Child. Talking about his recent films like Pink and Piku which had women as a central character and he had no problem it. A female character can also shine in his films and he is happy to play secondary roles that proved himself a true legend.

The perfectionist of Bollywood always concerned about crime against women. His recent works like Dangal, Star Plus campaign of  Nayi Soch, Secret Superstar are focused on women empowerment and gender equality.  With his talk show  Satyameva Jayate, Aamir Khan brought many women related issues like domestic violence, women’s portrayal on the big screen and gender equality to the limelight. He also Supports the One Billion Rising campaign to end violence against women, he said, “I believe that to combat violence against women, men will have to change. Hitting women is not a sign of masculinity. Instead, it shows cowardice. If we truly want to be real men we will have to first learn to be sensitive.”

Talented actor Boman Irani is known for his comedy roles and always entertained the audiences by his reel life. In his real life, he always tries to spread awareness about serious issues like domestic violence. He is the brand ambassador of the “Bell Bajao” an anti-domestic violence campaign. According to him, Domestic violence is across all social and economic classes of the society. It’s like cancer which our families are infected with. We need to amass courage to confront it as it is a threat to our social identity…Men have an active role to play in order to change attitudes… I am certain to see an India free from domestic violence.

John who has always been at the forefront to support the social issues.  He rendered his support to the acid attack victims, by joining hands with  Fever Voice of Change campaign.  According to our feminist John,  it is very important that parents should teach their sons to be courteous towards girls. The way a father treats his wife, his son also follows the same. 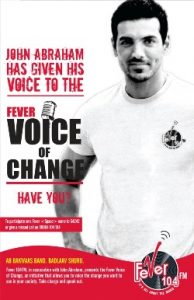 It is not compulsory to be a true feminist you have to be a brand ambassador for some women empowerment campaigns. Ranveer proved it by his daily life actions. In his interviews, award shows or public appearances his respect for women (either his love or co-actors) is very evident. In its male-dominated industry, he allows female actors to shine in films and his life also.  He also supports Farhan Akhtar’s MARD campaign for gender equality.

The dapper model, actor, and producer is the man behind Pinkathon. It is essentially a 10 km marathon, exclusively for women. The aim is to promote fitness in women and create awareness about breast cancer. The society needs more Milinds to support such cause and help to empower women.

An actor and a professional rugby player, Rahul Bose is also one amongst the few famous male feminists. Apart from voicing his opinions in the public events, he takes part in many campaigns related to women. One such year-long campaign was  Ring a Bell by an NGO called Breakthrough. It was launched to mobilize one million men around the world in order to end violence against women. Rahul actively supports this campaign and try to convey the message that, a woman doesn’t need a man to stand in front of her as a shield. Her man has to stand beside her. 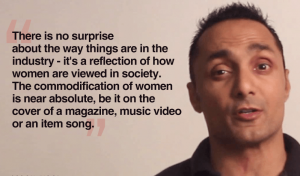 The actor known for his comic timing is very active in supporting equal rights issues. He is very active on Twitter to voice his opinions about crime against women. Ashwin explains his understanding of feminism as, “Feminism to me is simply standing up for the rights and equality of women, not just India but across the world. I don’t differentiate between men and women. What matters to me is how you are as a person, and if that terms me as a feminist, then I guess, I am one. The whole issue of ‘Indian Culture’ irks me. It is a phrase used to harass and subjugate women across the country. A convenient way to keep empowerment away from millions of women.” Hark! 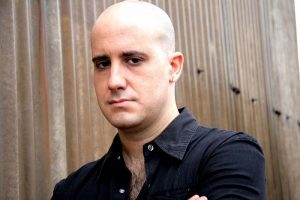 Sexism is so deeply rooted in our society that there are women who actually believe men are superior to them. And to change this mindset of the society we need truer feminists who understand the concept correctly and inspired other people to treat women equally as men.

NOT PRIYANKA CHOPRA, DON 3 TO HAVE A ‘NEW LEADING LADY’ OPPOSITE SHAH RUKH KHAN