HE BROUGHT ANAND IN MY LIFE

Have you felt the waves in the sea stop when a poet speaks out his heart? Have you felt the mountains and hills bend and bow to listen when a poet speaks? Have you felt the wind stop blowing till a poet keeps speaking? Have you seen the trees losing control over their branches, leaves and flowers, when they stop swaying and swinging when they hear the poet speak? Have you felt a whole mass of people being mesmerized and transported into another world, a world ruled by the poet’s overwhelming outpouring of feelings, a world of people listening like one man held spell bound by the magic of the wisdom, the feeling of true love, the meaning of life, relationships and the entire journey of life ending with death and even beyond? 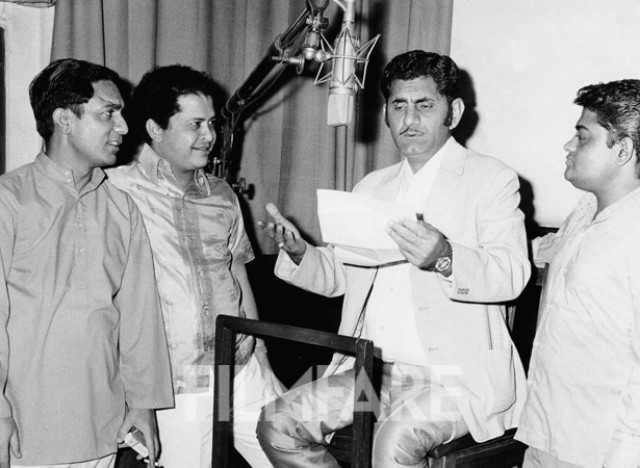 Have you felt the birds in the air swooping down from whatever the heights they are flying eager to listen to what the poet has to say? Have you felt the stars and the moon in the sky stopping in their places to listen while a poet speaks? I have felt all this happen in all the years I have been living in a world dominated by poetry in the form of immortal songs in films. I have been fortunate to know this one great poet who never claimed that he was a great poet, but was much greater than all those who act and pretend to be poets with their empty, hollow and meaningless jugalbandi of words

I had the unique privilege of knowing Anand Bakshi, a soldier who turned a poet and won millions of hearts more than the wars he would have been a part of if he had continued to be a soldier…..
I have felt and seen all that he made to happen with his poetry in films and believe me, whatever I am saying is true and the more you listen to his songs, the more you want to listen to him. That is the magic, the powerful spell he has been casting on human beings even though he is no more among the living. 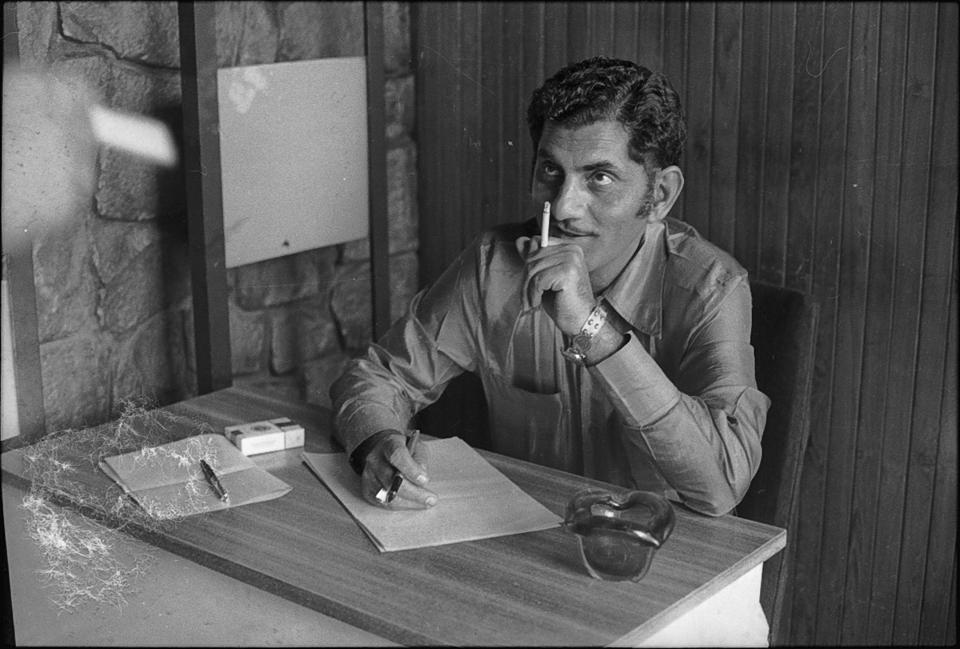 Writing about Anand Bakshi is not very easy because he was a very simple man who knew life like very few human beings, he knew the depths of the feelings he wrote about in the hundreds of films of which he was the lyricist. Anand Bakshi was never considered to be a poet, forget being a great poet by all those pseudo poets who went out of their ways to make poetry difficult for the common man to understand. They lived in ivory towers they had built for themselves and wrote poetry which only they could understand and their admirers who hardly knew what they were talking about lapped up their poetry because it gave them a feeling of being enlightened beings.

Anand Bakshi started writing songs for a film called “Bhala Aadmi” made by the comedian turned director Bhagwan Dada was a bhala aadmi (a good and simple man). He wrote the kind of poetry which reached the hearts, souls and minds of people in high places and low. He was one poet who did not have to make efforts to express himself. The poetry in the hundreds of songs he wrote was something that came from within him, a special corner of his heart where only he could reach. He was the most prolific lyricist for more than forty years and he was the most loved because he was the man of the people who understood and knew the people and their hopes, desires and feelings.

Bakshi could write a song within minutes and that song could be for all time to come. He was wanted by all the big filmmakers, he was loved by the music directors and he was praised to the sky by the stars, even the superstar (Rajesh Khanna) who believed that his songs gave him and other stars like him a new life every time they sang one of his simple songs which made the kind of impact that changed lives. Bakshi knew what it meant to write songs for Hindi films, a difficult art which very few have mastered like him. The Hindi film industry may celebrate its hundred years and even two hundred years or more, but it can never forget the tremendous contribution made by Anand Bakshi who lived up to his name and spread the kind of joy which is forever…. 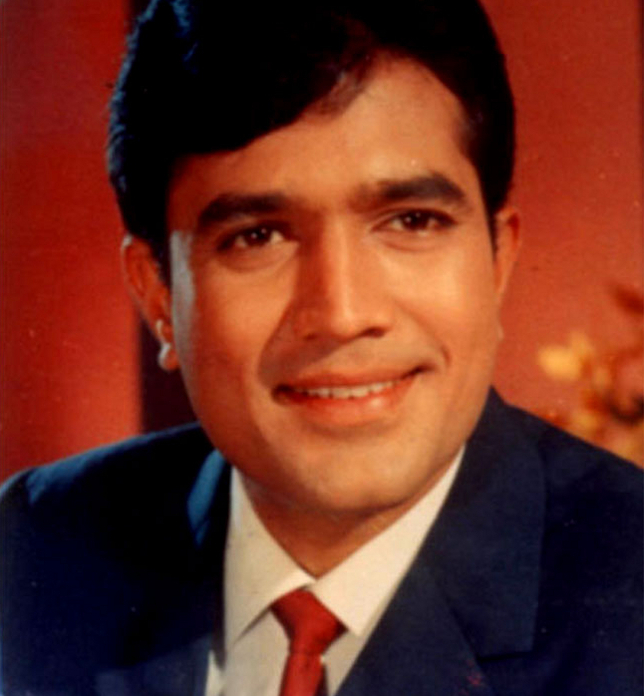 I spent several evenings with him and every meeting was an experience in the kind of life he created which was so very different from the humdrum and routine of life as it is in reality. He was a messenger more than the most extraordinary man. He loved the good things of life and he loved love because he said loving is like worshiping, one of his all time favorite lines he recited while we were having the best of Scotch was, “how can anyone not love, how can anyone reject love, how can people break the hearts of true lovers, isn’t love the only other name for God?”

I visited him during the last days of his life and realized how much he loved life when he once cried and said, “I don’t want to die because I have so many things to tell my fellow human beings who I can see selling their hearts and souls to the emperors of darkness. His desire to live was turned down by destiny and he died the next morning, but the multitude of songs written by him will continue to give endless anand(joy) to the millions to come for millenniums to come.

CELEBRATING MY BIRTHDAY WITH LOVE WITH THE ULTIMATE RAJA OF LOVE,YASH CHOPRA