If one felt it could be the last phase in the career of the legendary Amitabh Bachchan, it would be far away from the truth. He is already working eighteen hours a day, on two films at a time, several ad films and many young and old people will be baffled to know that he has several other projects which have already been finalised and there are many more which are being considered by his team of writers who will recommend the right films they feel he should consider, and one of them is a film directed by Rumi Jaffrey who had last directed him and Salman Khan in“God, Tussi Great Ho”and has written countless scripts, including the script of“Bade Miya Chote Miya”which had Amitabh and Govinda in lead roles….

Amitabh Bachchan and Emraan Hashmi are teaming up for the first time in a mystery thriller.

The untitled film will be directed by Rumi Jaffrey who has also written the script.

“A film is a collaborative effort and when you have one of the best actors in front of the camera and a veteran producer behind the lens supporting you and leading all creative efforts, then making the film is a fantastic experience,” Jaffery said.

The film is produced by Anand Pandit Motion Pictures and Saraswati Entertainment Private Limited. Producer Anand Pandit said he is looking forward to the project and he has all the reasons to. 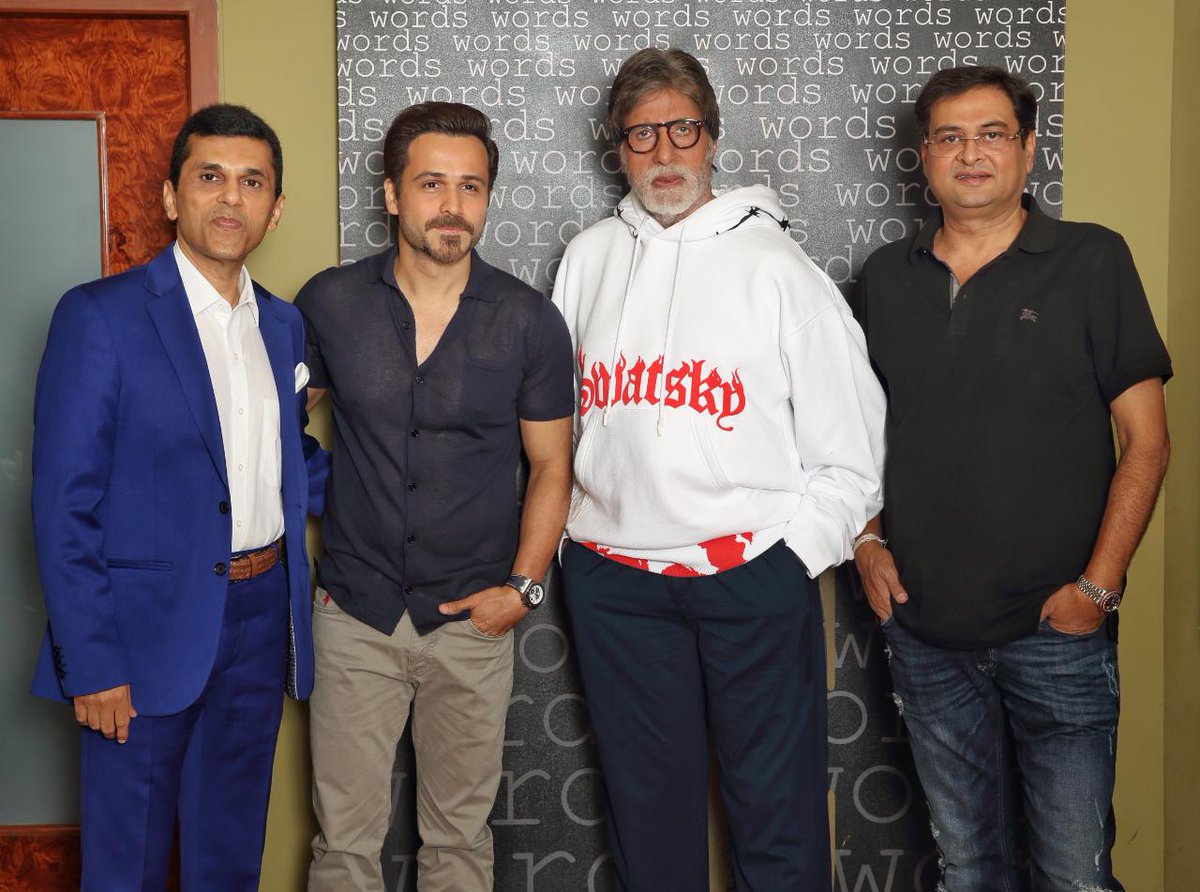 “My friendship with Mr Bachchan goes back a long way. I have not met any other actor who matches his skill and commitment. It is an honour to be a part of creating a film with him, and I have always admired Emraan’s body of work, so am looking forward to seeing him onscreen with the legend for the first time,” Pandit said.

Amitabh seems to develop a liking for thrillers and murder mysteries. His last film“Badla”, which also starred Taapsee Pannu, was a murder mystery, directed by Sujoy Ghosh. The film, co-produced by Shah Rukh Khan’s Red Chillies Entertainment, had done well on the box office, having already made Rs 85 crores in India.

The makers of the Amitabh and Emraan starrer are so confident about the project that they have even finalised the date of release, February 21, 2020

Madhuri Is All Set To Sway People With Her Voice

Mr. Bharat Manoj Kumar He Showed His Love For Bharat And His Concern For Roti, Kapada…

When Dev Anand Plunged Into Politics