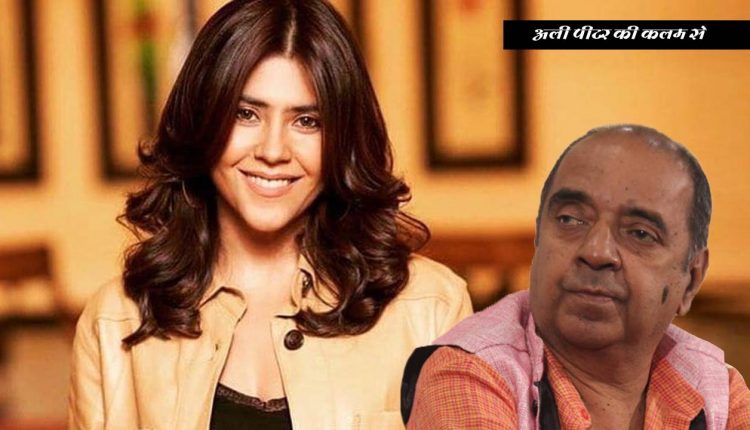 Her Father, Jeetu Saahab Was Worried About Ekta’s Future

Those days Jeetendra was like the Pied Piper who had his own parallel Hindi film industry established in and around Hyderabad. He seemed to have lost touch not only with the industry in Bombay, but also his family, especially his wife, Shobha and their children, Ekta and Tusshar who were studying. A time came when he shot for even three or four films in studios like Annapurna, Padmalaya, D. Rama Naidu Studios, Ramoji Rao Studios and in various bungalows and cottages spread all over Banjara Hills and Jubilee Hills and like a well-known director, T. Rama Rao who started the“Jeetu wave”in Hyderabad said, “Jeetu Gaaru has taken over the whole of Hyderabad and Secunderabad”. Jeetu Saahab couldn’t manage travelling between Bombay and Hyderabad and finally had to buy his own bungalow in Hyderabad which was as big as his bungalow on Pali Hill (he had an underground bungalow which he built after he couldn’t manage living in Gautam Apartments which he gave away to his father, Amarnath Kapoor who was the first source of inspiration for him and who had first talked the veteran filmmaker, Dr V. Shantaram who he dealt with when it came to supplying artificial jewellery for the shootings of his brand films, into getting Ravi(the original name of Jeetendra) a bit role and the role of an extra till he gave him his first break as a hero in“Geet Gaaya Pattharone”and to his brother, Prasan Kapoor and built his own bungalow in the same compound…. 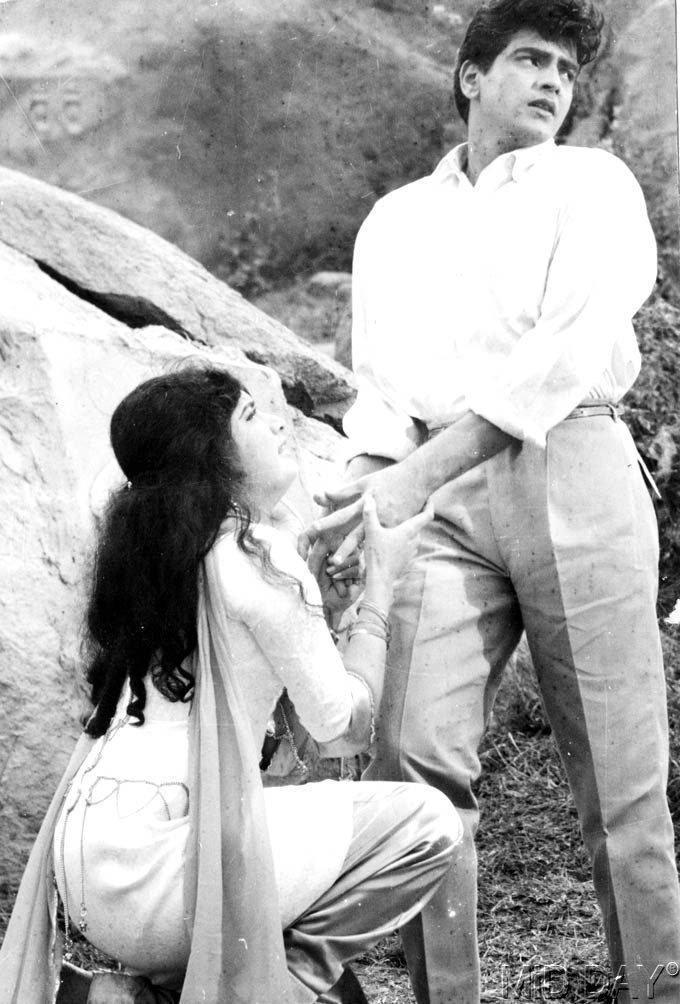 Shobha and the children visited him every weekend and Jeetu Saahab tried to find add much time as he could with them before they could fly back to Bombay on Monday.

We were in a place called Rajahmundry in the interiors where Jeetu Saahab was to shoot a song with the late Sridevi. His family had joined him as they“hated”being without him at least for the two days he had come to spend with them.

It was during one of the many snack breaks that Jeetu Saahab found time to talk about his children. He seriously said he was not worried about his son, Tusshar who he said was quite serious about his studies and would make it as an engineer, but when he saw his plump daughter, Ekta playing in the distance, he said, “lekin iss moti ka main kya karu?”Yeh toh koi kaam ki hi nahi lagti. Mujhe lagta hai iski jaldi se shaadi karvaani padegi.”The loving father was making an entirely false predictions for his daughter….

The“Jeetu wave”gradually died down like all the other waves with the rising of the angry young man, Amitabh Bachchan and the whole group of people making Hindi films in Hyderabad had to come back to Bombay which had changed beyond their wildest dreams. The one man who was affected the most was Jeetu Saahab. His kind of films were no longer being made. All those producers and directors who used to make films with him had gone out of buisness and Jeetu Saahab was a worried man…….. 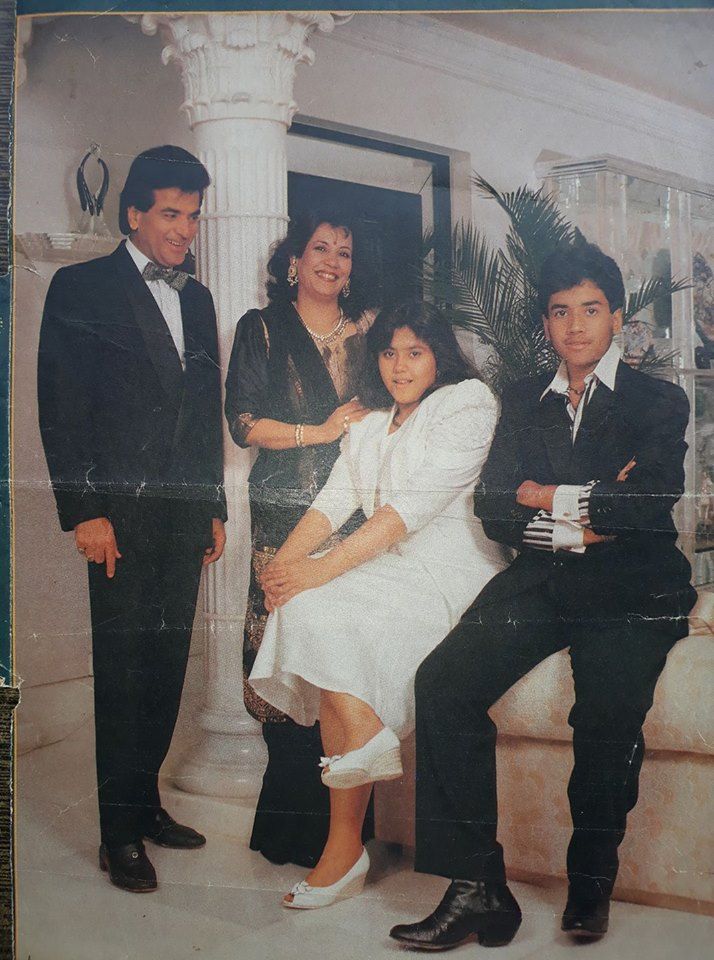 But he didn’t have to worry for long. He had to see what could only be described as a distant dream come true. He was dazzled to see his new Buckingham Palace-like bungalow in Juhu which he himself said he couldn’t believe was true till he saw it and lived in it for more than a month………..

It was the work of the daughter for whom he had seen no future that afternoon in Rajahmundry. Ekta together with her enthusiastic mother had saved all the money Jeetu Saahab had made during the Jeetu wave and besides building the bungalow, they had also started a television empire of their own which was officially run by Ekta Kapoor who within a matter of years had become what the media and others called “The Television Czarina of India”. Ekta Kapoor had ushered in a new revolution in Indian television and there was no two opinions about it. Ekta Kapoor was the big boss of the small screen, which she is today with Balaji becoming the ultimate leader in the buisness of entertainment which has taken all forms of changes under her able leadership and with her mother, Shobha standing by her side all the time. And the father (Jeetu Saahab) who had seen bad dreams of her reaching nowhere has now to only drive to the massive Balaji office in his latest SUV and wait till six pm and only sign important papers as the director of the company. He can still not believe what his daughter, Ekta has done and he himself says,“I must have done something good for God to bless me with a daughter like Ekta. I wonder what we the Kapoors would have done if there was no Ekta in our family.” 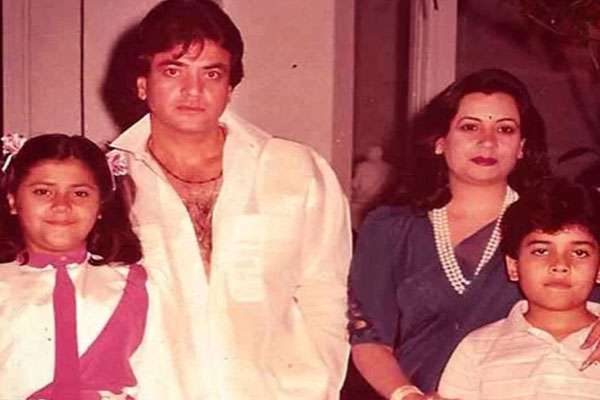 Ekta started her career as an intern with ad and feature filmmaker Kailash Surendranath. She managed to get her father to get her the finance to produce her first film and then there was no stopping her till she went on to make big films like “Shootout at Lokhandwala”with Sanjay Gupta.“Mission Istanbul”and“EMI – Liya Hai Toh Chukana Padhega”in collaboration with Sunil Shetty followed.

She soon released a number of films including“Love Sex aur Dhokha”,“Once Upon a Time in Mumbaai”, and“Shor in the City”. She says at one point she had lost confidence in herself after her films flopped one after another, and so was initially not sure about producing“Half Girlfriend”. But she never let any kind of negative thoughts get the better of her….

In 2012, Ekta started her own Institute of Creative Excellence, a media training school through her production house Balaji Telefilms. 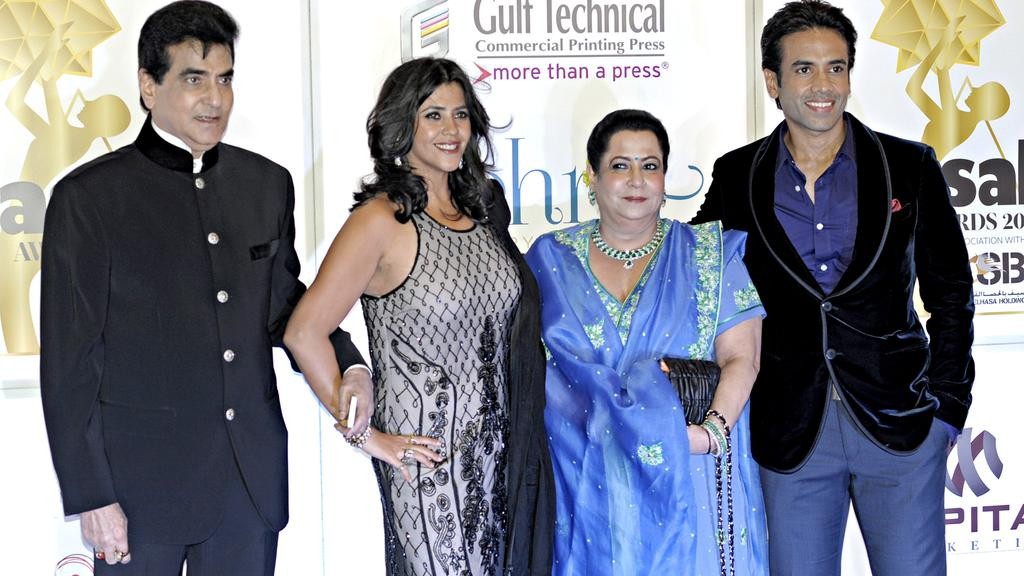 Ekta who has the rare knack of knowing the pulse of the audience has created and produced more than 130 Indian soap operas under her banner Balaji Telefilms Limited. Some of her most popular and top shows are“Hum Paanch, Kyunki Saas Bhi Kabhi Bahu Thi”,“Kahaani Ghar Ghar Ki”,“Kaahin Kissii Roz”,“Kasautii Zindagii Kay”,“Kahiin To Hoga”,“Kasamh Se”,“Pavitra Rishta”, “Bade Acche Lagte Hain”,“Jodha Akbar”.“Naagin”,“Ye Hai Mohabbatein”,“Kumkum Bhagya”,“Kasam Tere Pyaar Ki”,“Kundali Bhagya”and several others. Staggering, isn’t it? The answer can be found when you (and surely her father must be seeing her being invited to the most importation conclaves, seminars and debates and is considered one of the leading luminaries of India and has given the entertainment industry the kind of status it has rarely had at any time in the past.

She has also launched her fashion series with EK Label. In recent times the Czarina of the small screen has also been branded ‘Content Czarina’.

And like she has broken several traditions and set new and revolutionary trends, she has also created a revolution in living life when she became a single parent to a boy through surrogacy. 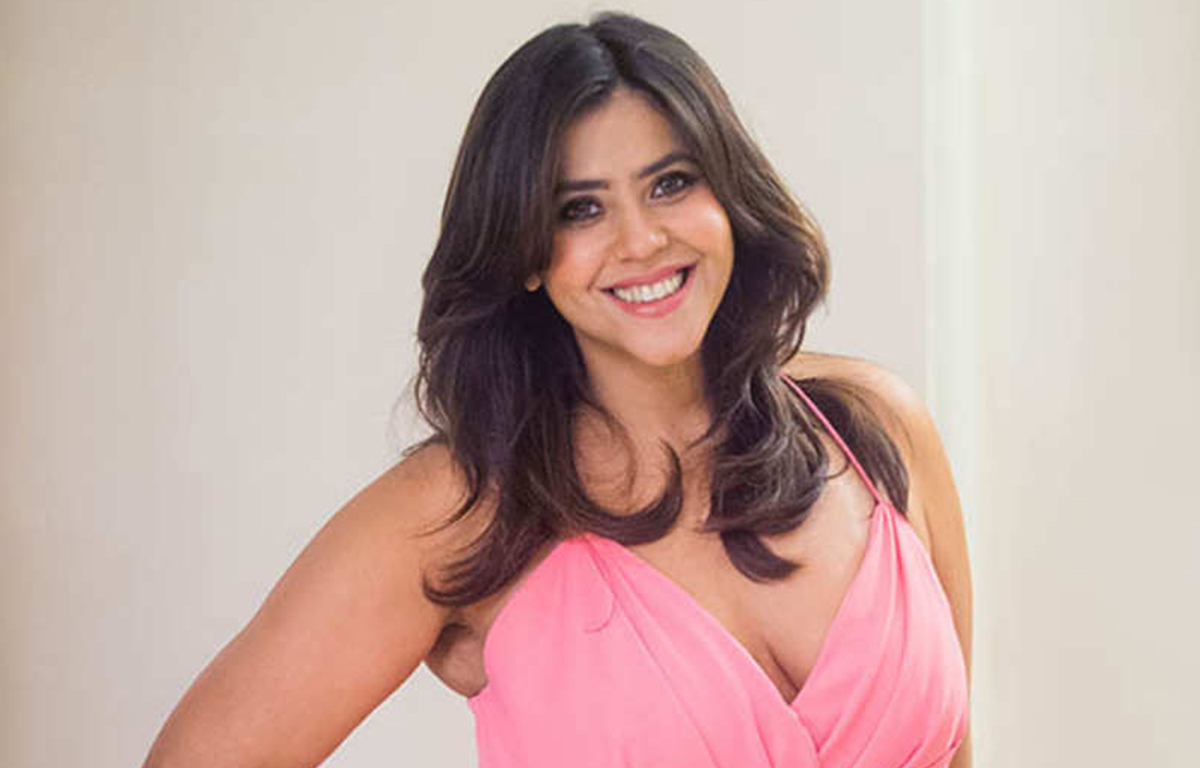 Sometimes when I see her being saluted by some of the most efficient, intelligent and strong men, I cannot but help going back to that afternoon in Rajahmundry when Jeetendra was worried about what his sweet and plump daughter would do when she grew up. Her success story shows that you don’t just need slogans like “Beti Padhao,Beti Bachao”to encourage girls to fight for a place of their own. All they need is a little encouragement at the right time and India will soon see many more success stories like the story of Jeetu Saahab’s daughter, Ekta Kapoor. It is her forty-sixth birthday as I write this piece as my tribute to her and I wish I could wish her a long, healthy and even revolutionary life to come, because the success of one Ekta Kapoor can mean so much to do many Ektas, their families, the country and even the world.

Sheetal Jain A Witness To The Amitabh Bachchan Era Passes Away