Currently Priyanka Chopra is busy with the third season of quantico and will be back soon to her home country for her upcoming Bollywood project ‘Bharat’ where she will be seen along with Salman Khan after 10 long years. Bharat will be directed by Ali Abbas Zafar and will be produced by Atul Agnihotri. The actor and the director collaborated earlier for the movie Tiger Zinda Hai and they are ready to give their next big shot. 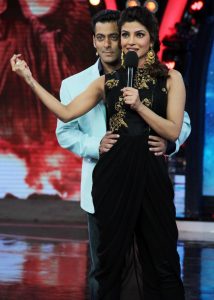 Bharat is a remake of the Korean film ‘Ode to my Father’ which chronicles the history of Korea from 1950s onwards.

Priyanka termed Salman’s film as the most classic and perfect Bollywood movie. Speaking to an international magazine, Priyanka said, “”I’ve finished up two films: A Kid Like Jake, which comes out in June. And Isn’t it Romantic?, which comes out Valentine’s Day 2019. I play a spoiled rich woman who is a yoga guru, which is not a thing. [Bharat] is the Indian movie I signed this year. It’s the quintessential Bollywood movie, which I haven’t done in many years. A lot of them were dramatic and thematic. This one’s going to be out and out entertainment. I’m excited! I haven’t been back to do a movie in two or three years now.” 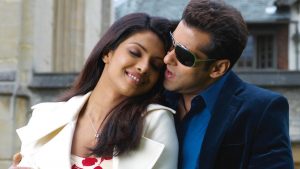 Sharing her excitement about joining the Bharat team, PeeCee said, “Bharat it is!  I’m looking forward to begin shooting this film and working with Salman and Ali again after a considerable time. I’ve learnt a lot from them in our previous collaborations and am excited to see what this one has to offer. I’m also looking forward to working with Alvira and Atul and the entire team of Bharat.To all my well-wishers who’ve been so patient and supportive… thank you for your constant support and I’ll see you all at the movies.”

Priyanka Chopra was last seen in the Bollywood movie Gangaajal in 2016. Her upcoming project Bharat is slated for 2019 Eid release.