At 24, I cannot begin to recollect the number of Bollywood films I’ve seen.  What I do remember is who wore what, quite literally so. I remember wanting to wear the sharara from Bole Chudiyan at any given opportunity. I also remember making my dad drive me around the city to get me specs because Naina from Kal Ho Na Ho wore them. That’s not it, how can we forget about friendships being validated only when your best friend tied you a ‘friendship band’! Clearly, Bollywood has influenced our choices in more ways than one.

Let’s look back at 10 most celebrated films of all time that left a lasting impression on our minds and brought along evergreen trends with them, such that we cannot imagine Hindi cinema without them!

Every Tina wanted a Raj to tie her a friendship band. Every 20-something youngster wanted to be the Rahul to his Tina!

A decade later salwar and t-shirts is still the most comfortable outfit! #JabWeMetFanForever

With his debut film, Hrithik Roshan did give us many memorable moments but this attire from Ek Pal Ka Jeena remained every ‘cool dude’s’ go-to outfit!

Manish Malhotra along with Bebo has given us quite a few coveted costumes! This being my all time favourite! 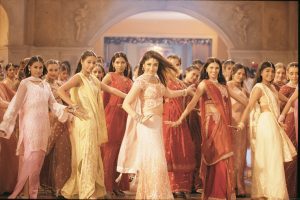 We’ve all wanted to look just as adorable as Naina!

Sushmita Sen in Main Hoon Na was every man’s dream girl and every girl’s fashion icon! She got sarees back in the trend!

Aamir Khan has always done things on a humongous scale, so most definitely he made the Ghajini haircut a rage amongst men!

If you’re wondering how the net lehengas became a trend, you mustn’t wonder anymore because Aishwarya Rai in Hum Dil De Chuke Sanam gave us quite a few #fashiongoals in the film!

Not surprised that two of Aamir Khan’s movies made it to the list. Dil Chahta Hai is definitely one of the best things to have happened to us in the 21st century, along with the goatee!

How many of these fashion revolutions do you remember? Tell us in the comments below!

Those not maintaining social-distancing are really stupid, warns Kettan Singh