“Tu Pune ka naya Bhai hai, main pehle se Hindustan ka bhai hoon”, this dialogue took the audiences by a storm. ‘Antim: The Final Truth’ received massive appreciation from the audiences across the country and with its remarkable performance on the box office became one of the biggest superhits of 2021. 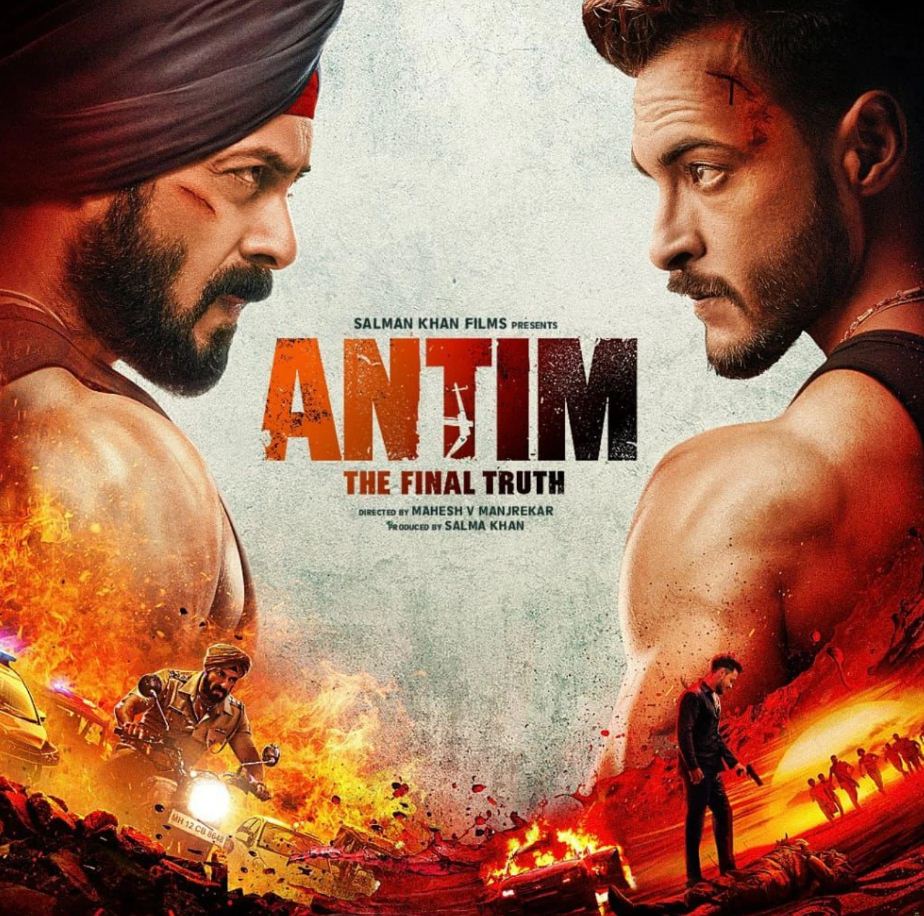 Unlike any other Salman Khan film, Antim is more than just a conventional action-drama. It is a wholesome entertainer with a massive emotional connect, which is massy yet will offer something new to everyone that will keep you hooked to the movie.

This Mahesh Manjrekar’s power-packed directorial venture bears his stamp from the first frame to the last, pushing his actors beyond the confines of their moulds – Superstar Salman Khan in a never seen before Sikh cop on his quest for benevolence left his fans in an awe of him and Aayush Sharma left a mark with his remarkable transformation as a nefarious gangster!

To top it all the electrifying background score is given by the ‘K.G.F’ fame, music composer Ravi Basrur who made his Bollywood debut with ‘Antim’.

With believable characters, Antim is not a typical cop chasing the bad guy story and that’s what makes it interesting. The engaging build up and unexpected twists & turns in the plot will keep surprising the viewers. 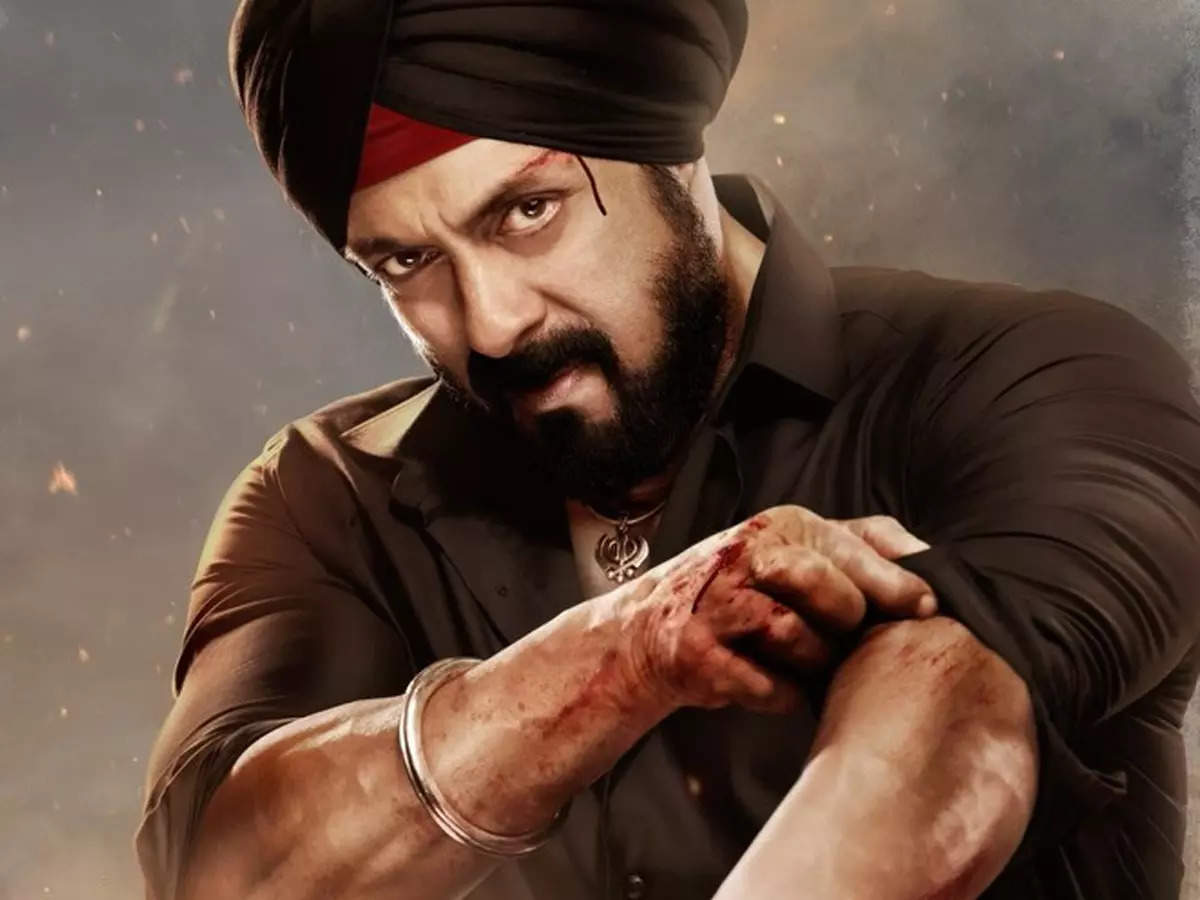 This Sunday, television viewers can witness the most epic battle, as Salman Khan goes head-to-head as a brave heart police inspector Rajveer Singh with the newest gangster in town, Rahulya (Aayush Sharma) with the World Television Premiere of Antim: The Final Truth on Zee Cinema on 30th January at 8 pm.

Talking about his unprecedented character in the movie, Salman Khan said, “In Antim, I played the role of a cop, but a little different this time around.

It has been one of the toughest characters that I have played till date. Everything– right from my look of a Sikh cop to my dialect and calm-peaceful persona of the character is more unusual than my previous roles. 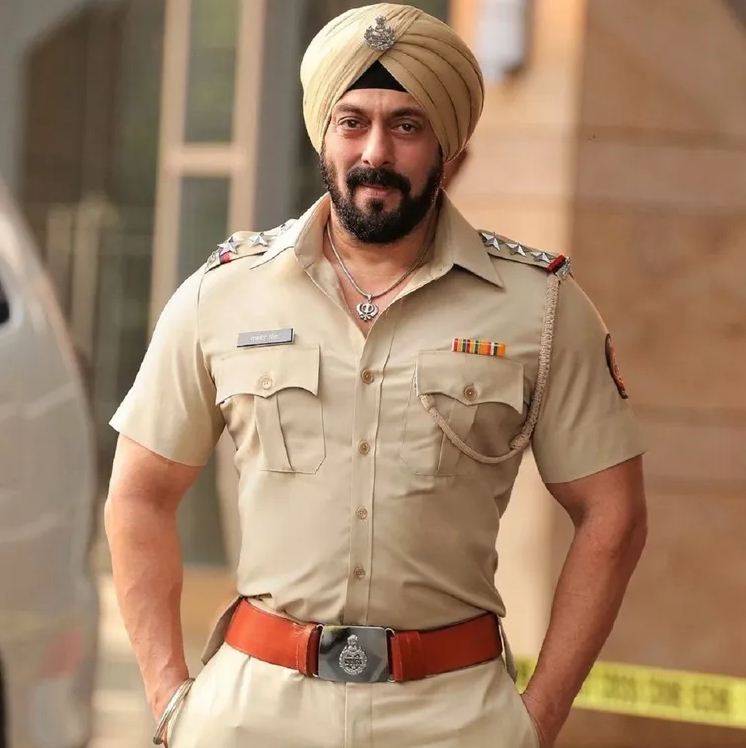 There are no romantic songs and angry young man nuances, yet Rajveer Singh’s character is very crucial that ties the film together. Unlike the rumours, it’s not a cameo but a prominent role in the film.

We found Rajveer’s character interesting and have thought of a backstory that might translate into a film that is attributed to him. I am glad that people have shown so much love and support for both characters – Rajveer Singh and Rahulya.

It was amazing to see Aayush work so hard for the project. I see a lot of potential and his hard work really came through. With the World Television Premiere of Antim on Zee Cinema, a wider set of my fans will be able to enjoy the movie.”

Mahima Makwana who marks her debut with the film, said, “It has been quite a transition for me – from the small screen to films. It was my childhood dream to make it to the big screen that has come true with Antim.

When I got selected for the role, I didn’t even know that Salman sir was going to be part of this film. I came to know about it later. Working with the superstar himself made me feel intimidated at first.

However, as we started the shoot, both Salman Sir and Mahesh Sir made me feel comfortable and confident. I was absolutely in awe of Salman Sir, and I’m grateful for such an amazing opportunity.

In fact, I remember that at first, I couldn’t find words to say in front of him but the whole team of Antim brought in such humility on the set that I didn’t feel like it was my big Bollywood debut. It has been a journey filled with learnings that will go way beyond this project.”

Elaborating on his thoughts on Antim, Mahesh Manjrekar said, “Salman and I have come together after a long time, so, with Antim, I wanted to bring a story and characters that the audiences have not seen before.

I tried to push both Salman and Aayush beyond the kind of roles they have done in the past and break the mould. Salman’s character in this film, a simple and calm turban-clad cop, is different from the parts that he has previously played in his career.

But I had faith that this change will be loved by the audience. Aayush had made his debut in Bollywood with a romantic film while his character in Antim demanded him to get into the skin of the gangster and push him beyond his comfort zone. They worked together as the perfect power duo.

I saw a spark in Aayush, much like the one that I had seen in Sanjay Dutt’s eyes years ago. I asked him to be honest with his character and I saw him follow that with absolute conviction. The fans took notice of this and it’s overwhelming to see the response that the film got.”

‘Antim: The Final Truth’, brings forth the story of Rahulya (Aayush Sharma), a youngster from a small-town, who goes on to become one of the most-dreaded gangsters in Pune. In his journey to the top, he ends up making many new enemies and breaking the law.

Things take a turn when he crosses paths with inspector Rajveer Singh (Salman Khan), who knows his power and is set out to clean up the city of every malice – from power-hungry politicians to gun-wielding gangsters with a smile on his face.

Catch the World Television Premiere of Antim: The Final Truth on 30th January at 8 pm only on Zee Cinema!

Get ready for the biggest superstar debut on Indian OTT as Ajay Devgn takes on the role of a cop on a mission in Disney+ Hotstar’s brand-new crime drama, Rudra- The Edge of Darkness