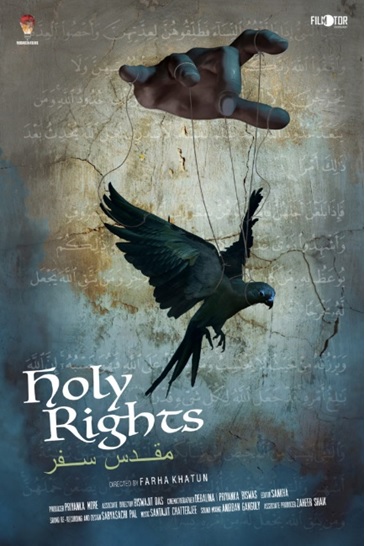 “Holy Rights documents the movement against triple talaq, it portrays Muslim women’s struggles to break free of patronizing voices within the community as well as resist external forces against appropriating their movement to suit their own political agenda.

Though the film talks about the Muslim community in particular, I believe it’s an all-pervasive one, on the problem of exploitation of powers of women. It also gives a message that all of us can achieve something if we want to.”

This is what Director Farha Khatun had to say about her film Holy Rights, which has been screened under Indian Panorama Non Feature film category at IFFI-51.

She was addressing a press conference on Day-6 (January 21, 2021) of the 51st International Film Festival of India, being held in Goa.

The film speaks about the exploitation women face in every walk of life, including in the sphere of religion, asserts Farha.

‘I was quite aware of triple talaq since childhood heard many heart-stories about it, they really affected and influenced me” Farha Khatun 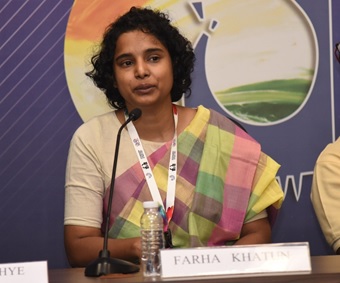 Speaking about the seeds of the film, she mentioned about the influences she underwent during her childhood and the experiences that led to the shaping of the film.

“I was quite aware of triple talaq since childhood. I have seen and heard many heart-wrenching stories about it, they really affected and influenced me.

My quest to know more about the act and its interpretation in The Quran led me to make a film on Safia, a woman Qazi.”

On the choice of the theme, she added: “The subject was selected since, at the time of making of the movie, there was unrest prevailing in the country over the triple talaq issue. Any attempt to talk about patriarchy within religion is often dismissed.”

“Holy Rights has been quite an experience for me, it has been a journey of five years”, she adds. 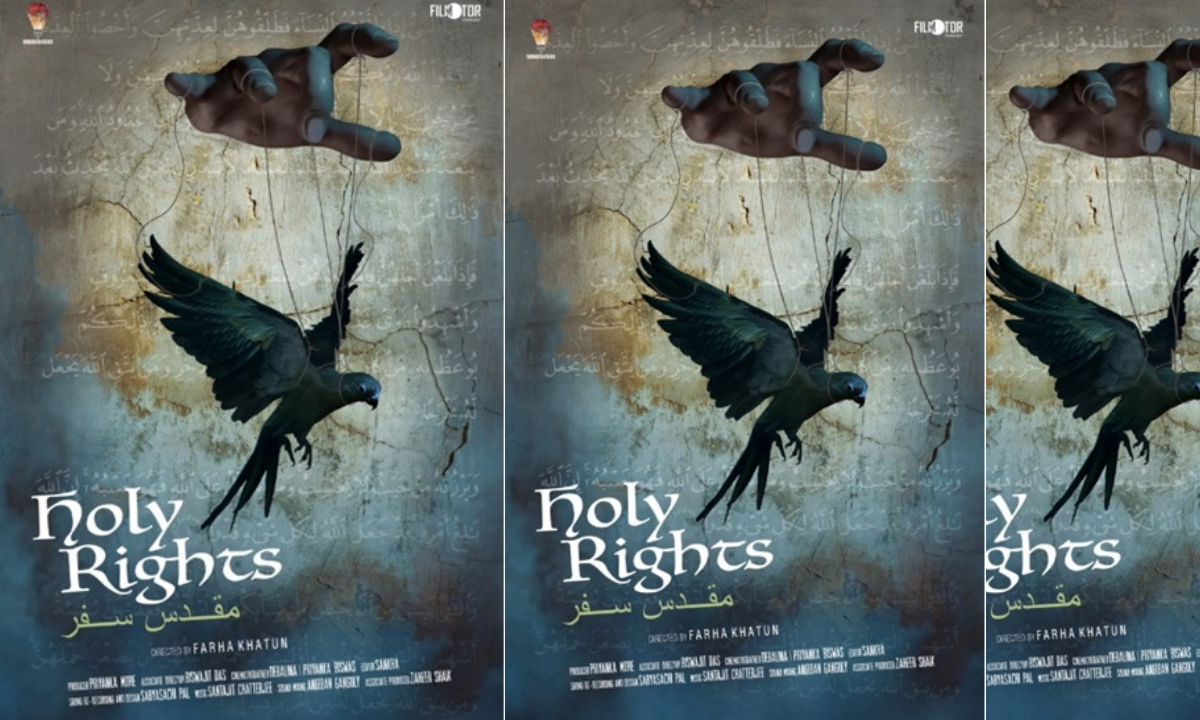 Safia, a deeply religious Muslim woman from Bhopal, is driven by her belief that Muslim women are denied equality and justice in the community because of the patriarchal mind-set of the interpreters of ‘Sharia’.

She joins a programme that trains women as Qazis, (Muslim clerics who interpret and administer the personal law), which is traditionally a male domain.

The film documents the journey of struggle and tension of Muslim women, with a special focus on triple talaq.

It tries to capture the desperation that drives women like Safia to risk everything to change an oppressive system.

The International Film Festival of India (IFFI), founded in 1952, is one of the most significant film festivals in Asia.

Held annually, currently in the state of Goa, the festival aims at providing a common platform for the cinemas of the world to project the excellence of the film art contributing to the understanding and appreciation of film cultures of different nations in the context of their social and cultural ethos; and promoting friendship and cooperation among people of the world.

The festival is conducted jointly by the Directorate of Film Festivals (under Ministry of Information and Broadcasting) and the state Government of Goa.