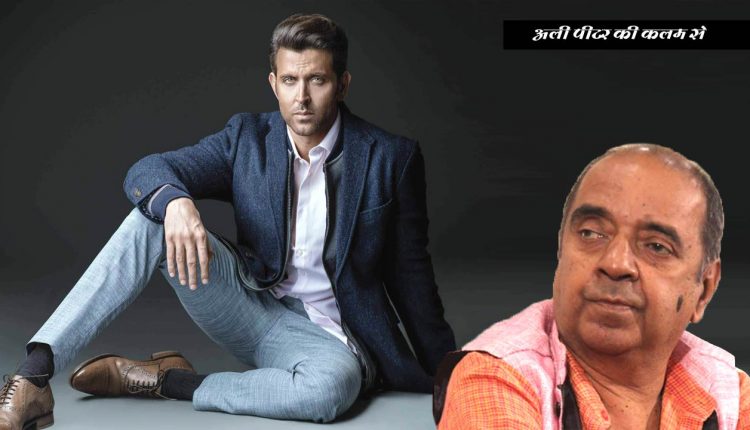 Hrithik Roshan A Son Who Shines Best When It Is Dark

I first saw him performing some very difficult acrobatics and stunts with a martial arts instructor called Cheetah Yagneesh Shetty who was all praise for the bravery and courage of the little handsome boy who was the son of my very old friend, the actor turned filmmaker par excellence, Rakesh Roshan. I didn’t know whether to appreciate his stunts or hours handsome looks, his name was Hrithik Roshan…

I then saw him as a very young assistant director working with his grandfather, J. Om Prakash and then with his father.

I was told that he had some physical problems which included dyslexia and then even the first hints of cancer. He however overcame all those problems and declared his ambition to be an actor to his father and grandfather. They were not the kind of men who would try to stymy the ambitions of a young man raring to go. They gave him their permission armed with their blessings… 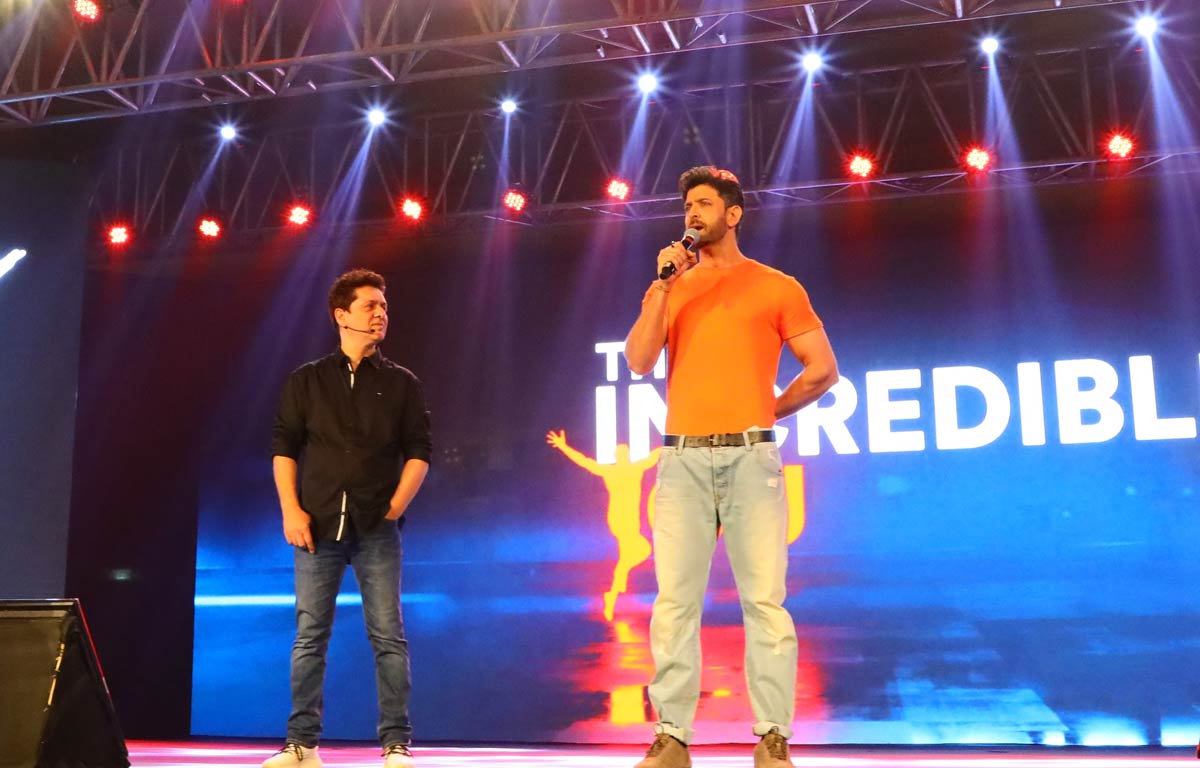 Hrithik or Duggu as he was known at home and among friends joined one of the many acting schools to know the basics of acting and when he was sure about himself, he told his father it was time for him to launch him, but only after he had given him a through test. The enthusiastic father was more than willing and within another one year Hrithik Roshan had his first release in “Kaho Na Pyar Hai”. It was my turn again to see the film at the Sun City multiplex in Vile Parle which had opened with the film…

I saw the film till the interval and couldn’t control my enthusiasm to talk to his father. There were no mobiles those days and I had to go out to make a phone call and I was lucky to get Rakesh Roshan on the line on first try. I just said,“my friend, you have a star-son in your house”. I didn’t say anything more as I wanted to catch up with the rest of the film. At the end of the show, I had to call the new star’s father again and tell him that he certainly and without any doubt had a big star in his house. The father more than the filmmaker in Rakesh Roshan made me repeat what I said several times and was still not satisfied and asked me to come to his house the next morning, when we spent more than an hour only talking about the new star and that was the beginning of the whole country and even the world world talking about Hrithik Roshan, the new star on the horizon and beyond…. 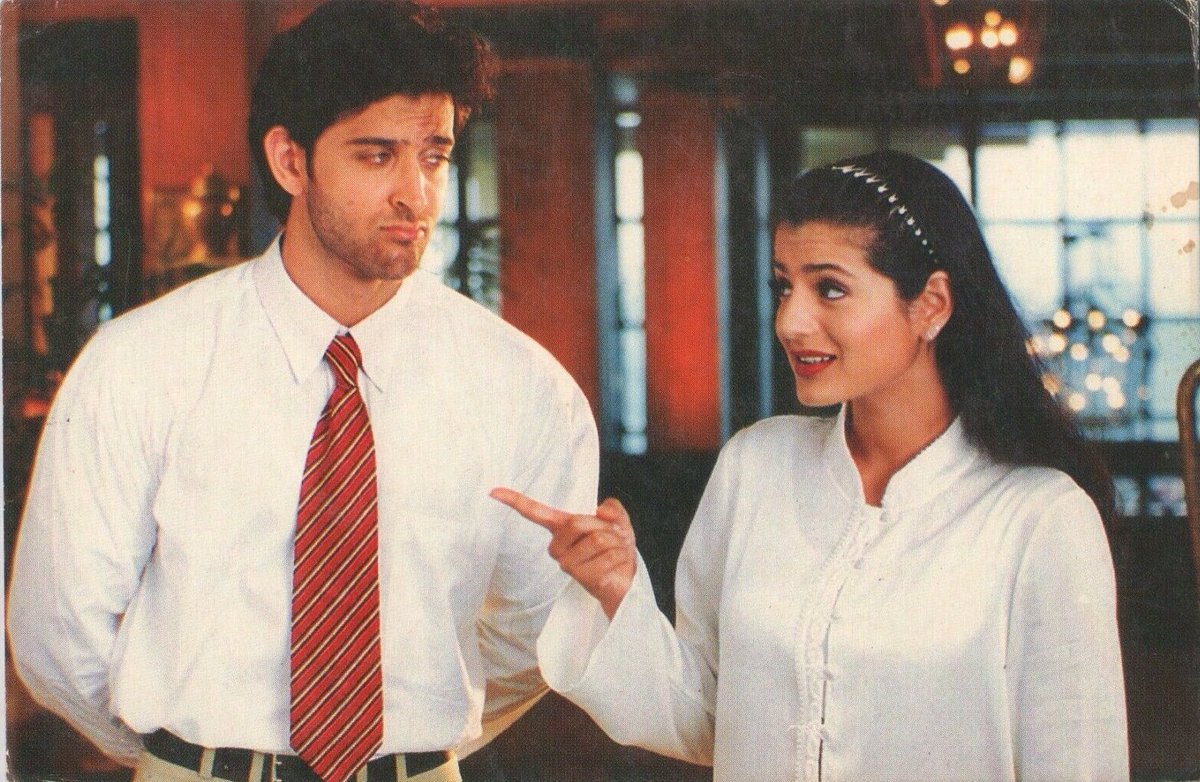 For a passionate lover of all Hindi films, I don’t think I need to go through any kind of ‘authority’ to tell me about Hrithik’s career. I was a follower of all the films made by his maternal grandfather,J. Om Prakash and it was in most of his films that Hrithik was seen as a child artist and he then played the child artist in the early films directed by his father, Rakesh, especially films “Khudgarz” and “Karan Arjun”. All these films were more educative for the young Hrithik than by going to any institute or doing any kind of crash course like some other star-sons did. He was slowly being groomed into a very dependable actor…. 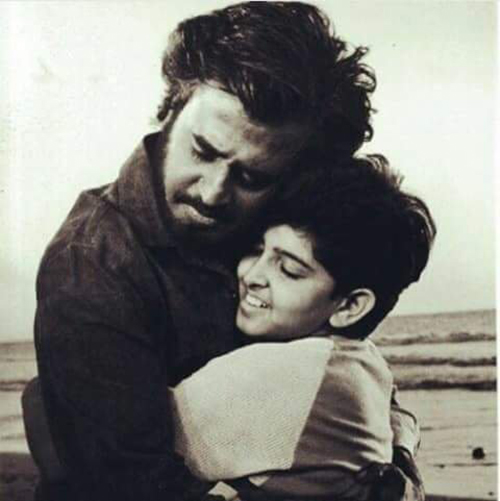 And that is what he has been doing ever since he started as a hero in “Kaho Na Pyar Hai”. To think of it, Hrithik has mostly given hits and bigger hits except for two films like “Yaadein” in the early phase of his career and his last release, “Kaabil”. All the other films together gave him the title of “the Greek god” and he had followers all over the world. On a personal note, I must say that the first time I saw the signs of an international star in him when I took a delegation of Malaysian filmmakers who were keen to meet him soon after his first release and from the way he answered their questions not only about himself, his first film or his father but about Indian cinema on the whole. On the way back after the meeting with him, I saw myself joining the Malaysian in seeing a very bright future for him. I don’t know where all those Malaysians have gone, but I am very much here to be a witness to Hrithik’s rise as one of the most successful actors and even the highest paid in the country. 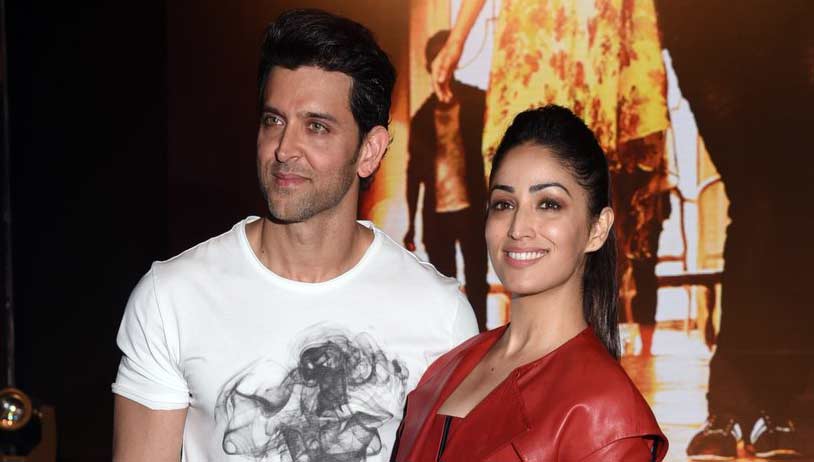 Hrithik has been an example of excellence in every kind of role he has played and he has always emerged as an actor who knew how to do his job to the best of his ability because he knew that only if he did his best could be be a part of the race for the big time and even give actors who were stars when he was playing the child artist a run for their money.

Hrithik has been very good in all his films, but it is only natural to know that he has always been at his best in the films directed by his father, whether it is the “Krish” franchise or “Koi Mil Gaya”. All the other films he did for his father’s banner and were directed by other directors failed to rise to the same heights as the films directed by his father. He did other films for directors like Karan Johar and Karan Malhotra were also good films, but then he had to share the honours with other big stars. But going by way any standards, Hrithik has been a big time winner in the nineteen years that he has been around and right on the top in a world of his own. 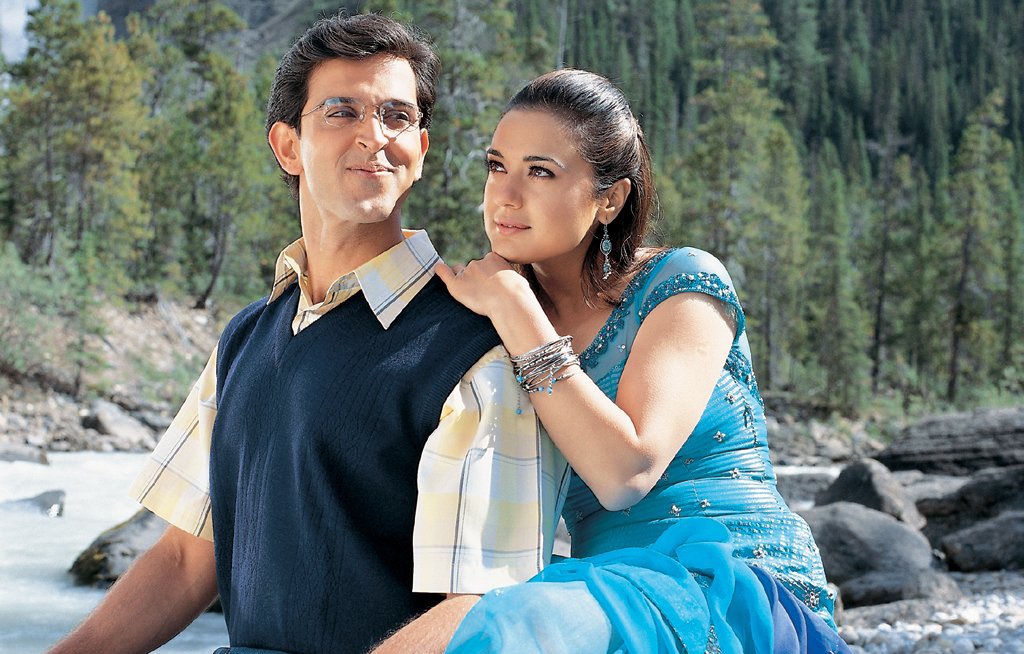 Hrithik has never shied away or has never been scared of taking risks and the big example comes now with his most unusual film, “Super 30″ which is scheduled for release next month.

The film, “Super 30″ had been made with Hrithik literally changing his life to play another life has however landed in some kind of a controversy with a few IIT students who have filed a public interest litigation (PIL) against mathematician Anand Kumar, on whom the movie is made, accusing him of falsely helping students to bag a seat in his Super 30 course and enter the prestigious engineering institute.

Questioning how a film celebrating his life can be screened while the case is pending, the students may file a fresh suit to stall the release of the Vikas Bahl directorial. 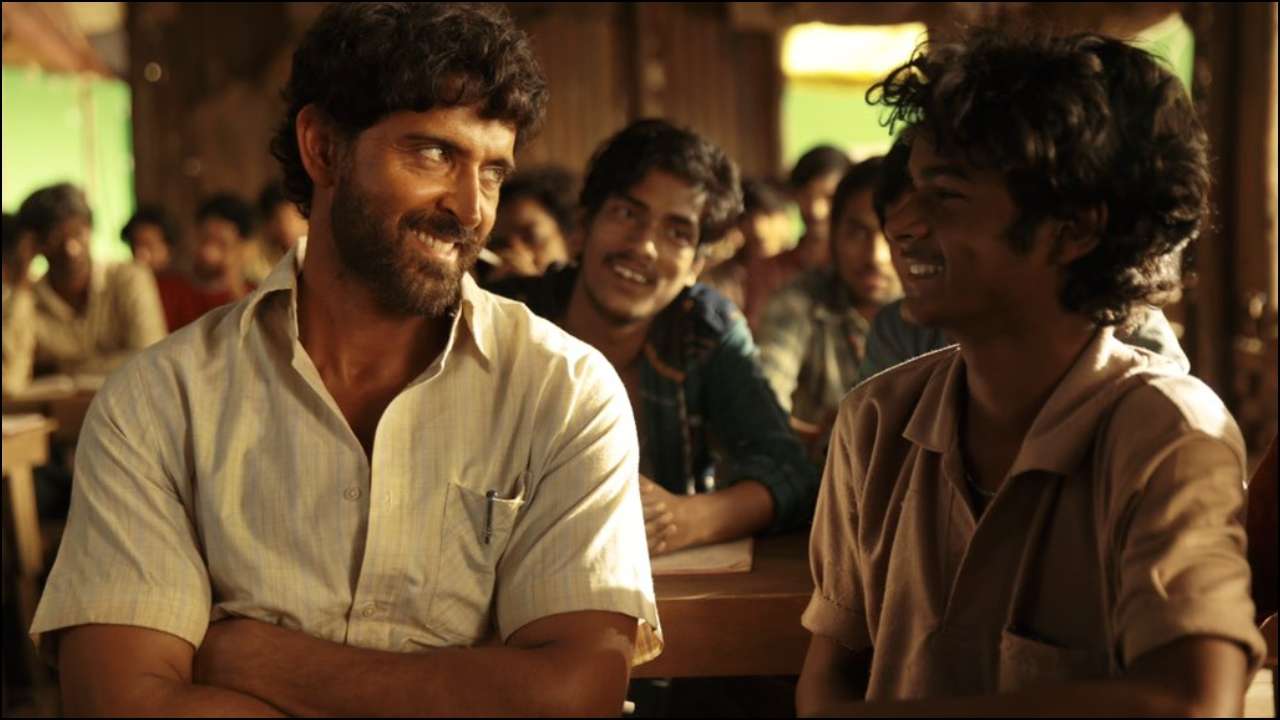 The other controversies which have been a part of an otherwise totally non-controversial life has been his seperation from his wife of fourteen years Susanne Khan who now lives with their sons Hridaan and Rehaan, but they still meet over lunch and dinner and even go out for picnics. According to reports, Hrithik has had to pay a staggering amount of money to Susanne for the separation. 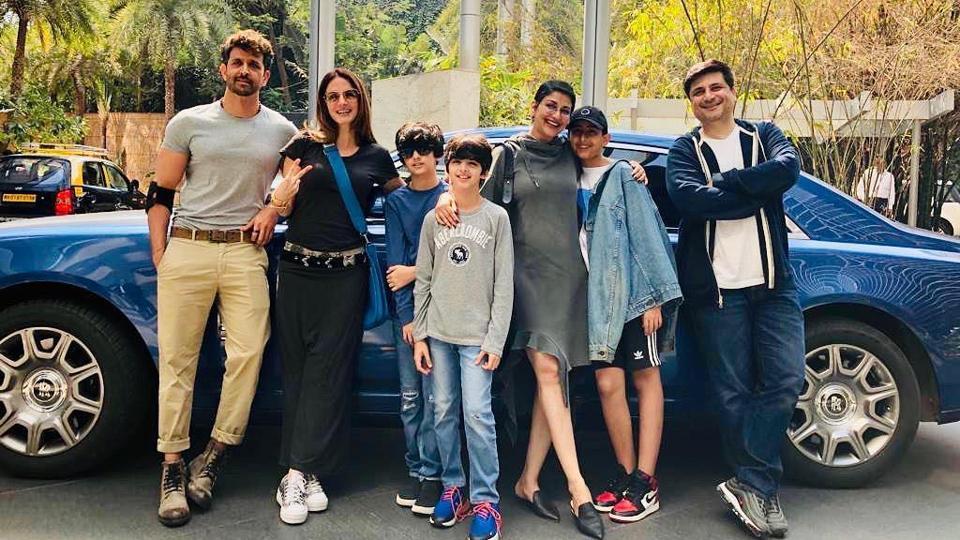 The other controversy which refuses to leave Hrithik is the consistent attacks made on him by Kangana Ranaut and her sister Rangoli Baghel. How and when Hrithik who had otherwise had a very clear and clean life will solve this thorny and ticklish problem is another multi-million rupee question…

In the meanwhile, Hrithik who hardly does one film a year has now signed a film with Tiger Shroff as his co-star. Incidentally, Tiger has always been an ardent fan of Hrithik both for his action scenes and his dances.

But, the one big question associated with Hrithik is what he and his father will do next. Some months ago, Rakesh Roshan had a lucky escape from the clutches of cancer and it now remains to be seen what steps the ever so successful father and son team will do next.

Priyanka Chopra Figure To Be Unveiled At Madame Tussauds London

I Don’t Want To Stay Away From Fans: Dhanush