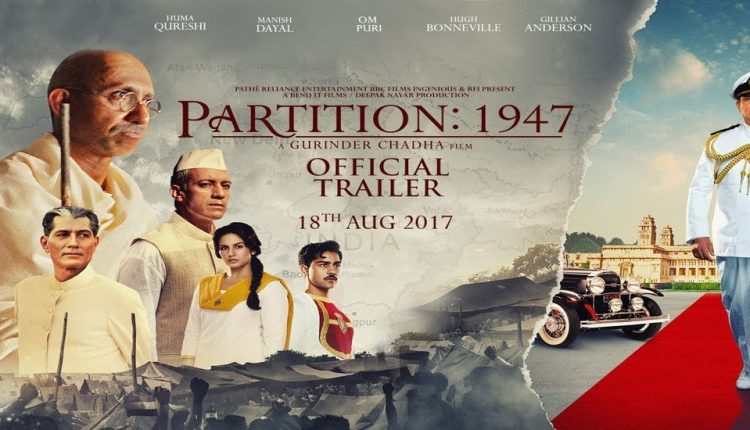 2017 has been a rough year for Bollywood in Pakistan with major films like Raees, Jolly LLB2, Dangal, and Naam Shabana banned from being showcased in the neighbouring country. Now, filmmaker Gurinder Chadha’s Partition: 1947, which stars Huma Qureshi in the lead, has also joined the bandwagon. The film, a Hindi version of the period drama Viceroy’s House, which released last Friday, was rejected in Pakistan on grounds of misrepresenting the portrayal of Muhammad Ali Jinnah. Chadha shared the news on Twitter.

It is unfortunate my film has been banned in Pakistan.it will always be the land of my ancestors. #Partition1947 @humasqureshi @RelianceEnt

According to a report in the Indian Express, Pakistan film board’s secretary Abdul Razzaq Khuhawar had said, “It’s a historical film and nothing negative is shown against Pakistan. The main reason for banning it was the misrepresentation of Quaid-e-Azam Muhammad Ali Jinnah.We felt his character was not portrayed correctly and it felt strange. Although the character only appears in a few scenes as the film mostly revolves around Lord Mountbatten, the actor didn’t look like Jinnah at all. If you had seen it, you couldn’t tell it was Jinnah. Otherwise, there were no issues with the film.”

The film, starring  Huma Qureshi, Hugh Bonneville, Gillian Anderson and Manish Dayal, has been getting rave reviews in India.

SHAH RUKH KHAN TO PLAY DOUBLE ROLE IN HIS NEXT WITH AANAND L RAI?

MILES TELLER SEALS THE DEAL WITH HIS LONG TIME GIRLFRIEND