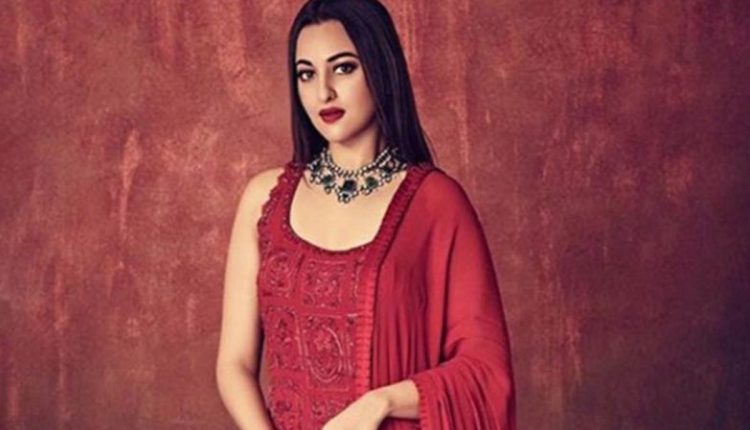 I meet the sprightly Sonakshi Sinha after a very long period of time for this interview to talk about her latest film Kalank at the Hotel Sun N Sand but she gives me her million dollar smile. The last time I had met her was when she was promoting the film Rowdy Rathod. From being a ten year old with puppy fat at her father’s bungalow Ramayan when I used to go often to interview him during the golden period of 90’s, Sona as Sonakshi Sinha is fondly known as, has grown a lot. Today she has shed her flab and looks every inch a Diva. 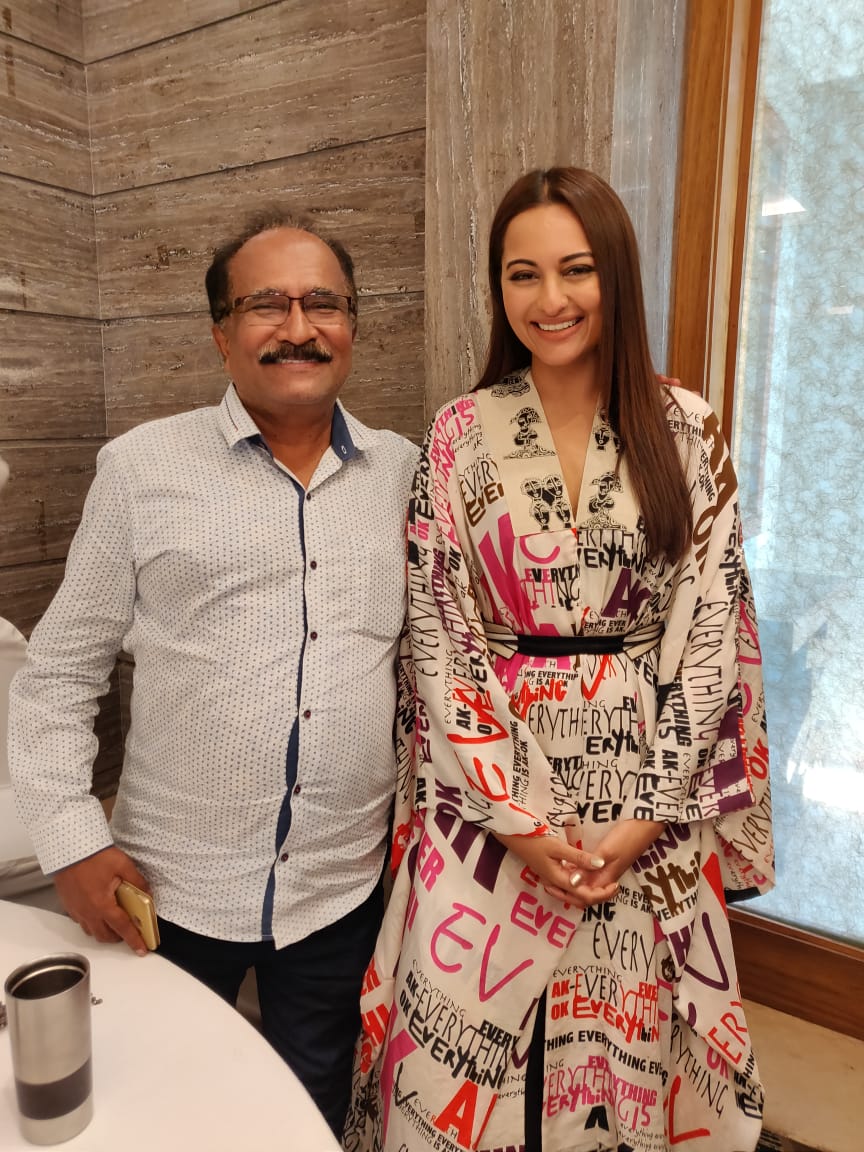 At the outset, Sonakshi says that she is delighted that she has been able to connect with her director Prabhudeva after Rowdy Rathod in Dabangg 3. “I am very happy to be a part of Dabangg 3 which is being directed by Prabhu Deva. Salman Khan Sir told me that I was the first ever heroine in Bollywood to be part of a sequel for the third time after Dabangg and Dabangg 2. Talkimg about her role in Dabangg 3, Sona quips, “Rajji is a character I can act even in my sleep. Though I was not at all interested in taking up acting as my career and was keen on turning a fashion designer as you know, the moment I started acting in Dabbangg, thanks to Salman Khan Sir, realized that acting was my true calling as far as my life is concerned. Now being a part of Dabangg 3 after a gap of almost ten years after Dabangg, is a dream come true and like a homecoming for me.”

Sonakshi is thrilled that she is privileged enough to be one of the heroines with whose dialogues, the masses are able to connect even after a decade after the release of Dabangg way back in 2019. “Yes. I shot to fame with the dialogue Thappad se dar nahi lagta hai saab magar pyar se. Dabangg 3 id basically the pre sequel to Dabangg and revolves around the story fo how Chulbul Pandey becomes a cop in the first place. Our romantic track has been woven in a very smart way in the film in which I and Salman play the parents of an 8 year old kid” 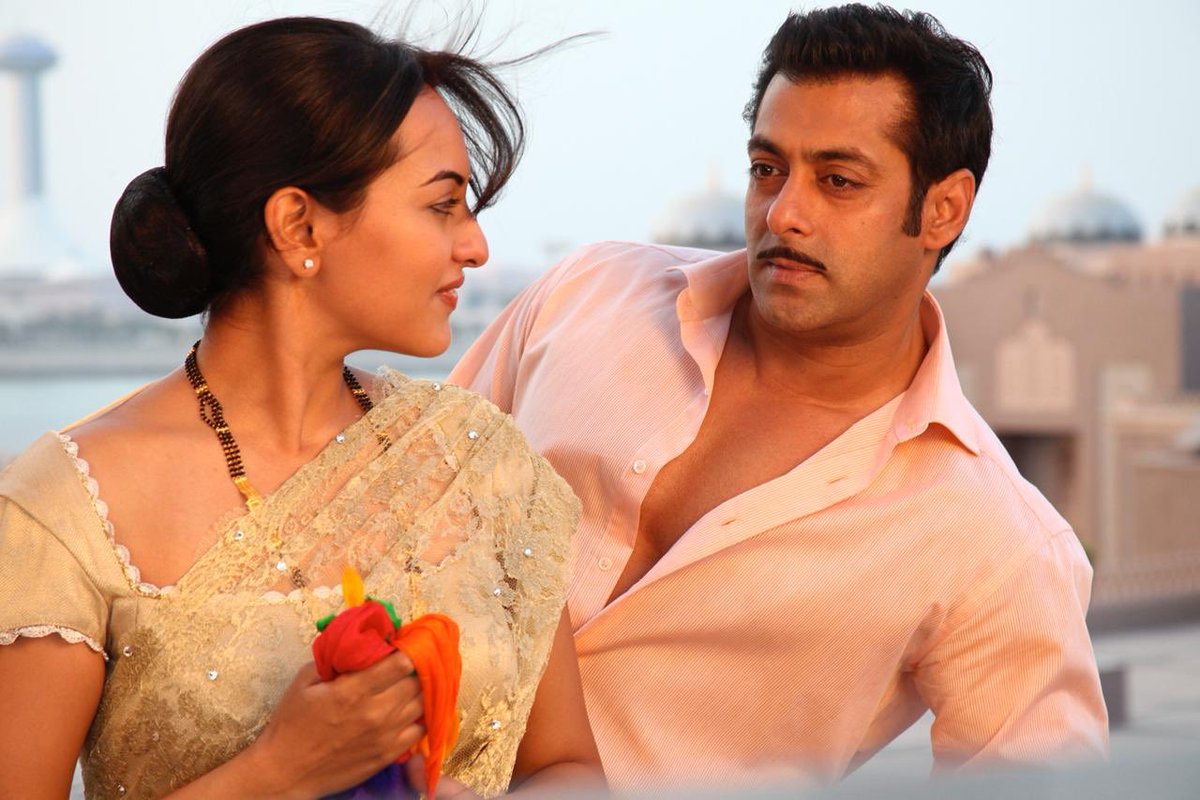 I ask Sonakshi how tough was it for you to get into the skin of the character of Rajjo when each version has had a different director. Abhinav Kashyap had directed Dabangg while Arbaz Khan directed the Dabangg 2 and now Prabhu Deva is directing the Dabangg 3. Pat comes the reply, “Whether it was Abhinav or Arbaz Khan, each director I had worked with in the franchise of Dabangg and Dabangg 2 understands the premise of the film. It was not at all tough for me to perform, because each director has his own input and also an entirely different style which enhanced the dimension of Rajjo automatically”.

Sonakshi says that it is her fourth film with Prabhu Deva as a director. “Prabhu Sir is the fastest director with whom I have worked till date as he Okays the very first take itself and does not ask for additional takes. Now neither has Prabhu Sir learnt Hindi nor I have learnt his language Tamil but both of us have invented an entirely new language of communication over the years.”

Sonakshi has till date acted and even now acting with Salman Khan in only all the three franchises of Dabangg. When asked how her chemistry with him is, Sonakshi beams. “Over the years, the bond or friendship between Salman Sir and I has grown. It is not like he is my friends just because I want to work in his next film as a heroine. Our equation is now beyond films. If anytime he wants me to be a part of his film, he would ask me and I’d jump at the offer”. 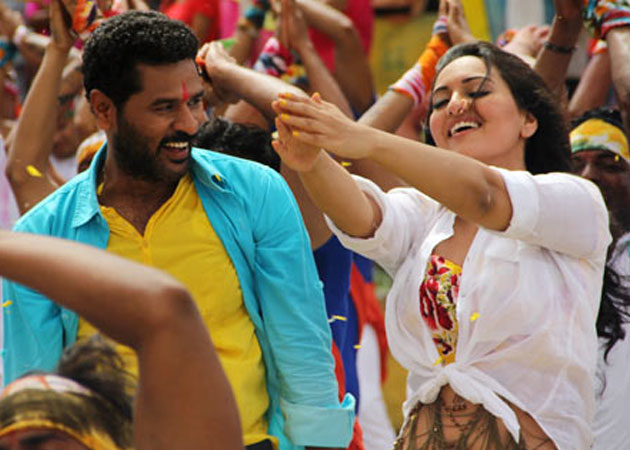 I now decide to move over towards Kalank. I ask her what exactly is her role in it and how did she prepare for the part? Sonakshi says, “I play the role of Aditya Roy Kapoor’s wife Satya Chowdhary. Mine is the character of a strong woman who holds her family well and takes the narrative forward. Every character, including that of mine actually contributes to the film. If you ask me what kind of preparation I undertook, you will be surprised to know that I always work on a blank slate. The only preparation that I do is to speak to my director in order to understand what kind of preparation I should do to match his vision. I think that my job as an actor is to give  the audience 97% of what my director tells me and add to it 3 % of what I can possibly add as my inputs. I have always liked to spontaneously act in front of the camera. In other words, if only the camera is not there in front of me on the sets, I will flounder.

Sonakshi confesses that there was no cat fight on the sets between her Alia and Madhuri Dixit, because each and every one of us has done enough work to deliver the kind of work he or she was needed to deliver or else the film will not have worked. Each actor’s role is different from the other and there can be absolutely no comparison at all.. I am not insecure at all. If George Clooney had asked Brad Pitt tera role mera role se kitna bada hai, the film Ocean 11 would not have been made. Anyway, if you are on the sets with your costume, you are automatically transforming yourself into your character easily. In real life, I am more flamboyant but as Satya I am talkative and have bold opinion. 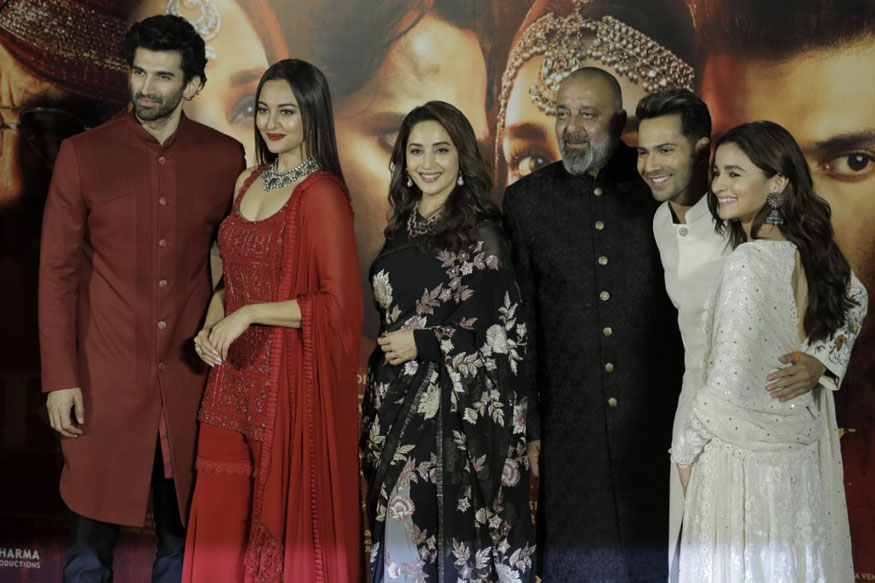 Sonakshi admits that she has had successes as well as failures in her career, but reiterates that she would not call the failures as setbacks but rich experiences. “If I was out of work after my flops, it would have been my setbacks but the fact is that for the last 9 years not even on a single day was I out of work sitting at home idly. My performance in Lootera was appreciated and it was a very big high for me in spite of the bitter fact that the film had the lowest collections at the box office. My job is to go to the sets and give my 100 %. Akshay Kumar Sir had once told me that in his career he had faced not one or two but 13 flops in a row. You have to be patient towards your work and just keep flowing. Why, take Kareena Kapoor instance. She came in Kabhi Khushi Kabhi Gham only after the interval but held on her own in the film.”

Sonakshi is practical enough to say that the digital era is coming in a big way with good content and she is open to act even in web series. “I have already watched the show Mirzapur, while I was doing my cardio.  I have been approached with a few offers but I felt that they were not at all good enough for me to dole out three to four months of my life to work in them. I am game to do an action or comedy slick of life web series show with duration of 30 minutes for each show if it is written well with scope for me as an actor.” 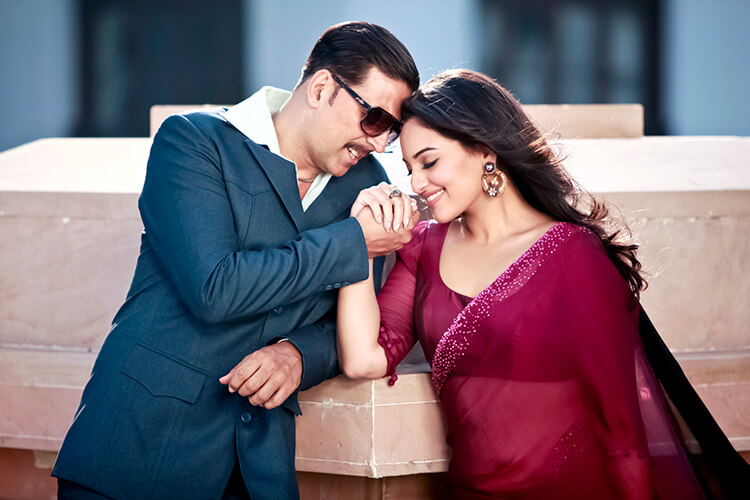 Sonakshi confesses frankly that Sanjay Dutt was not very daunting as a co-star when she worked in Kalank. “Sanju Sir is very sweet as he has seen me growing up and was not at all daunting.” I ask Sonakshi about her love life. She promptly exults, “I am waiting for the love of my life. I am waiting for some Prince Charming to enter m, life. Frankly, I do not at all want to be single all my life”. 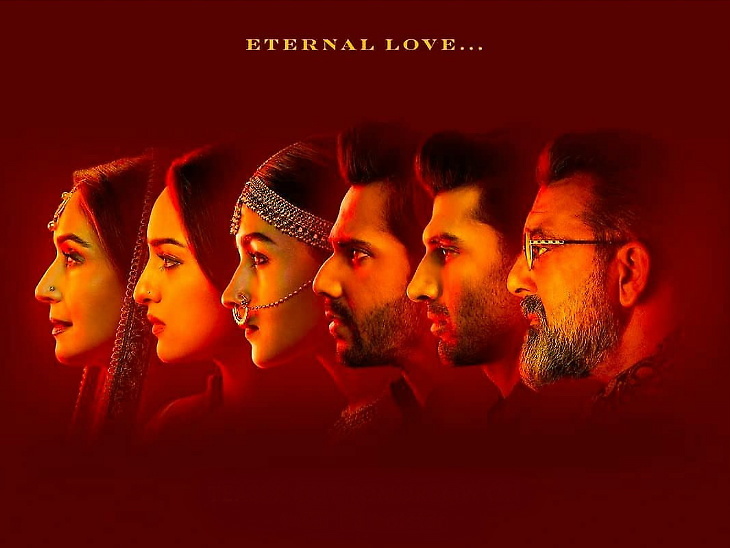 What next in the pipeline for her? I ask Sonakshi who rattles off, “After Kalank, I have in store films like Mission Mangal directed by Riturraj Tripathii based on true events of the Indian Space Research Organisation (ISRO) successfully launching the Mars Orbiter Mission (Mangalyaan), making it the least expensive mission to Mars opposite Akshay Kumar, Dabangg 3, an untitled film being directed by Shilpi and Bhuj with Ajay Devgn and also an untitled film with T Series.”

Signing up, Sonakshi says, “There are certain times when you do not bag box office rewards as well; as critical acclaim like I got after acting in Lootera. Rajkumar Santoshiji called me up to say that he is yet to see one bad film of mine and it made my day, coming from him, though the film did not do well at the box office.”