I DON’T DENY I’VE HAD RELATIONSHIPS IN THE PAST”

Today is Priyanka Chopra’s 38th birthday To wish her a happy birthday, we at bollyy.com and Mayapuri reproduce this free and frank interview of PRIYANKA CHOPRA by JYOTHI VENKATESH, on the eve of the release of her latest release Kaminey, for this interview at her spacious apartment in Yaari Road, where attired in her salwar and kameez, Jyothi Venkatesh had first met Priyanka Chopra when she had come down to Mumbai to face the camera for her very first film way back in 1999 called Good Luck Princess, when she looked quite like  the girl next door. 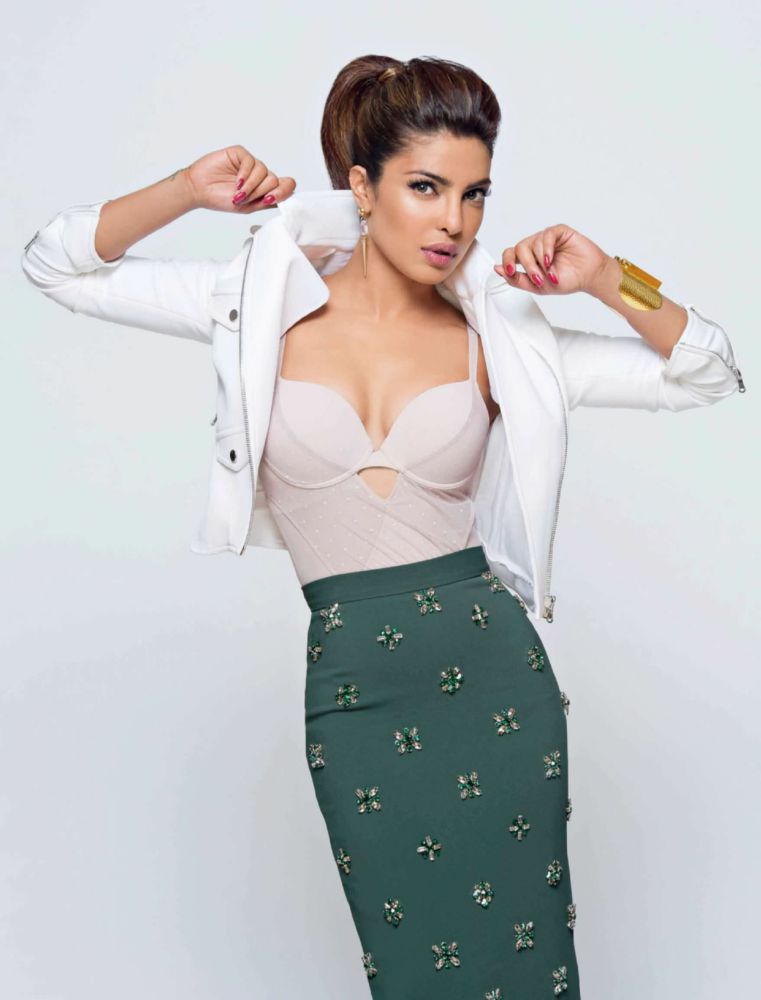 How excited were you when you were offered Kaminey by Vishal Bharadwaj?
I am excited with every film which I set out to do. Every film then becomes a Mughal E Azam for me because I give my 100% to every film of mine, whether it is a small budget film or a big budget multi starrer. I do not take any film of mine lightly.

Describe your journey as an actress from Andaaz to Kaminey!
I have been working for the last six years. Believe it or not, in the first two years I did not at all know what I was doing. I think it is high time that I took a break for myself. I need it because all these years I have been slogging day in and day out and have never had the opportunity to be with myself and at peace. In fact, I had even collapsed on the sets when I was shooting for Ashutosh Gowarikar’s film What’s Your Rashee.

What is your USP as an actor?
If I try to play safe as an actress and do the same types of roles again and again, forget about the viewers, I’d get bored with myself in the first place. I like to etch out characters that challenge me and let me push the envelope as an actress. To me, every character that I set out to do is different. I also am glad that I have till date learnt by trial and error, from my various directors because if I had not fumbled, I could not have learnt on the job.

What is your role in Ashutosh Gowarikar’s ‘What’s Your Rashee’?
I have essayed not just one or two but twelve different roles. I do not think any actor, whether male or female, has played twelve roles in one single film in the entire world.

Were you skeptical about Fashion when Madhur offered to cast you in it?
I concede that I was very nervous and quite skeptical whether I would be able to carry the entire film on my shoulders since I was called upon to play the title role. I am glad Madhur convinced me to take up the role by reposing faith in my capacity to essay the role. Fashion actually gave me the courage to pick up a film which does not boast of a big hero because I now know that it is only the content that can take a film to greater heights.

Is it true that you are seeing Shahid Kapoor?
If I am seeing someone, I’d be frank enough to come clean and say it openly. In the past, I have had many relationships but I have not hidden them, though I am a very private person. At the same time I do not want to talk about what is happening in my bedroom. When stories linking me with my co-actors start circulating, it does not create tensions between me and my co-stars, because we know they are’ cooked’ up and hence end up laughing instead of losing our cool.

How do you react to rumors linking you with your leading men?
Like any other normal young girl from a respectable family, I feel that a small rumor tends to become the truth if it is constantly spread by the media round the clock. Numerous link ups about me do bother me because I am a family girl and hate giving clarifications to my family. The more the clarifications I make, the more the stories that are cooked up by the media and hence I remain quiet when I am linked with my co-actors. Speculations are part of the lives of actors but I feel it is awful when an actor’s life is made into a tamasha. It is sad that though India has progressed a hell of a lot, a boy and a girl still cannot be good friends.

How did you react when Ashutosh stated that Ash deserved her recent award better than you?
Ashutosh Gowarikar is one filmmaker that I respect tremendously. I did not take any offence to what he said on the stage when IFFA happened and I was given the best actress award for Fashion, because I did not understand what was happening on the stage. In any case, I do not believe in carrying on grudges, because I feel that life is in any case short and we should move on. However, if you ask me whether I deserved the award more for Fashion than Aishwarya Rai for Jodha Akbar, I would definitely say yes. 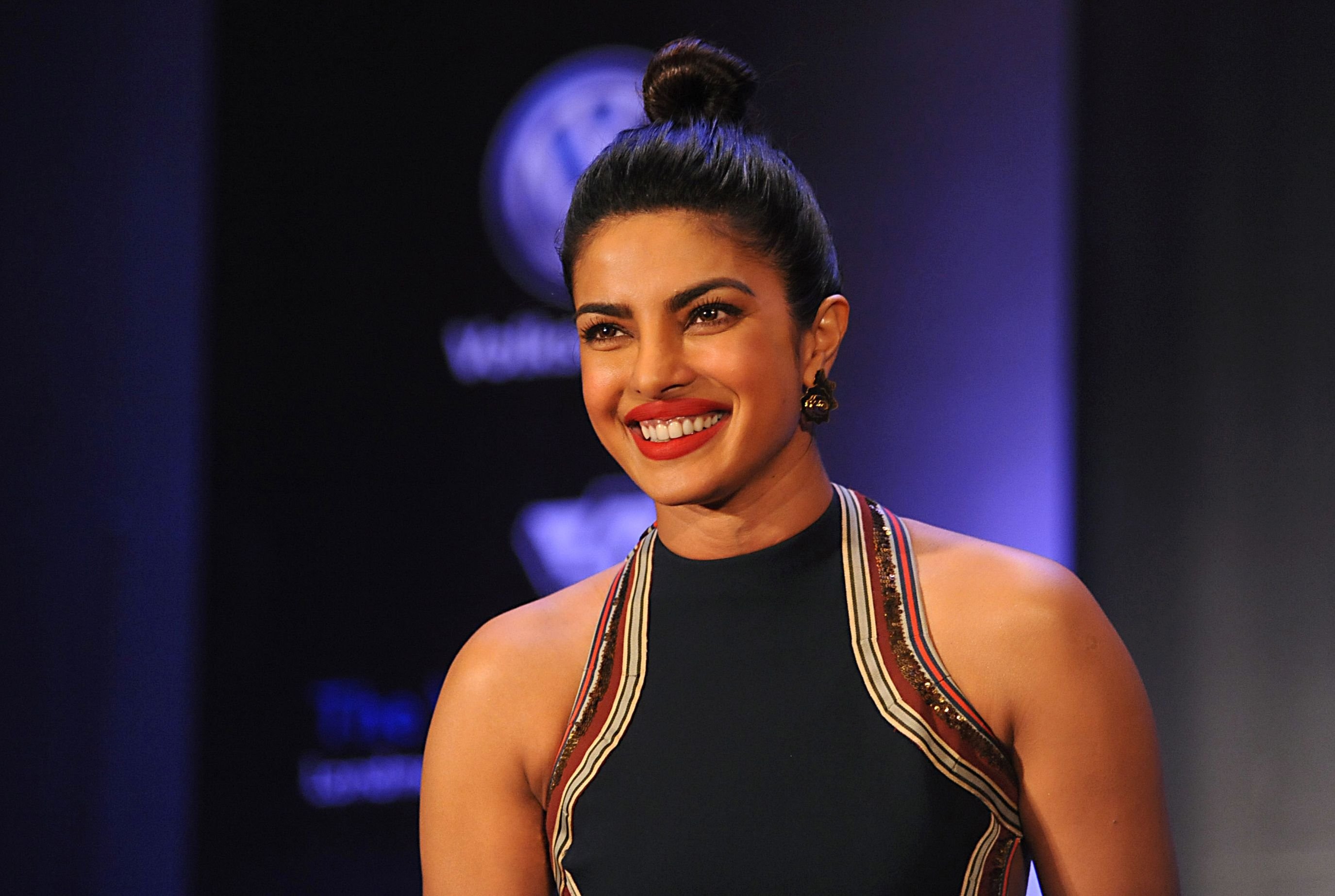 To what extent are you scared of newcomers arriving every day in the tinsel town like Asin in Ghajini, Anushka Sharma in Rab Ne Bana Di Jodi etc?
If I were not doing the kind of work that I do these days, I’d have felt the threat when newcomers come in droves in the industry. The truth is that I am secure and do not have the time to worry about new actresses, because I feel that there is work for everyone and hence do not feel threatened career-wise.

Urvashi Rautela wishes everyone a Happy Dussehra, Says to Keep spreading Love and…