Aruna Irani turns 75 years young today. To celebrate her birthday, we at bollyy.com and Mayapuri wish her a happy birthday by reproducing an earlier interview of hers by – JYOTHI VENKATESH

How did you feel when you received the LifeTime Achievement award sometime back?

I had tears in my eyes because I was indeed happy and thrilled that Ramesh Sippy and Raveena Tandon handed over to me the Life Time Achievement award by the film industry body Dadasaheb Phalke Academy in front of my colleagues and peers from the industry.

I was glad that though I am not the typical heroine, I was bestowed with the honor. I have won the award from every other organization, except perhaps the National Award which has been eluding me till date.

Why just the national awards, even the Padmashri and Padma Vibushan have been eluding me till date, but I have no complaints at all, because I am loved by the audiences.

Why are you just producing and not directing serials?

I have absolutely no time for direction. As a director, it is very essential to remain awake right from 6 am to 2 am but I get tired very fast since I am now 75.

I feel I should not do injustice to my health at this stage or else all of a sudden one fine morning, I will be gone!

You have not played an out and out negative role in either films or TV after Beta. Why?

The last time I remember I had played an out and out negative character was in Beta directed by my brother Indra Kumar.

After that no one offered me an out and out negative role in either films or serials till Dheerajji took over the serial Maayka and offered to cast me in the role of Durga Mausi in it, though another actress was doing the role.

I readily accepted the offer because I felt it is challenging to portray a negative role on television, the fact remains that the audiences have started liking negative characters on TV these days. 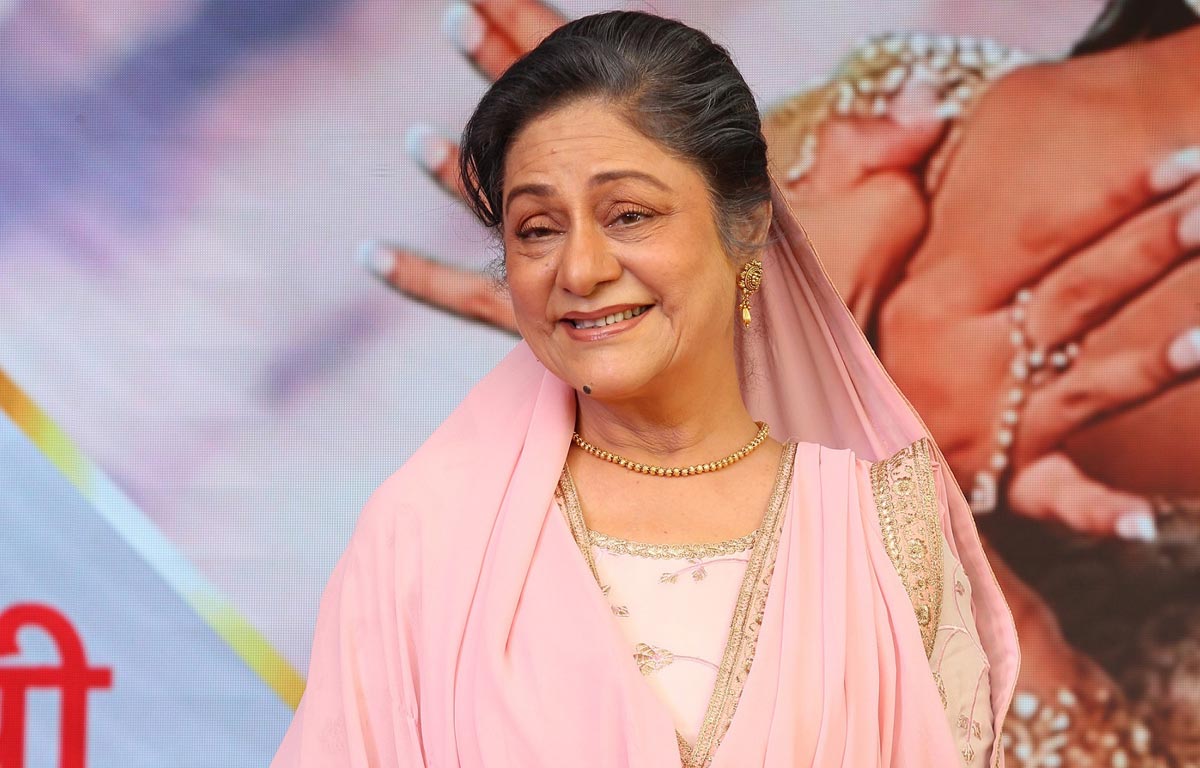 How easy or tough is it to portray the vamp?

Ï have almost forgotten what it is to play a vamp because everyone is casting me as a seedhi saadhi woman.

Though I found it tough initially when I started shooting for Maayka to portray negative emotions, I found myself in the groove after shooting for the serial for quite some time.

How do you feel when you look back?

Among the TV serials that I have done till date, Mehndi Tere Naam Ki is one of my favorites, besides Des Mein Nikla Chaand and Doli Sajake Rakhna.

I should confess that I have come a long way indeed since the time I was acting in Mehndi Tere Naam Ki, as far as TV is concerned.

Right now, TV has become quite exciting for me as a producer though as an actress, it is very difficult to get the right role, since today even 25 year old actresses are being cast in older roles.

If you ask me whether I am satisfied with whatever I have achieved as an actress till today as far as TV and films are concerned, all that I would say is that when even Tata and Birla feel that they have to achieve a lot, who am I? I feel that I have to tread a long way as an actress.

You have not acted with Ekta Kapoor after Kahani Ghar Ghar Ki. Why?

I was not too happy with the way my role was shaping in Ekta’s Kahani Ghar Ghar Ki and we parted ways amicably but will certainly work with her in any other serial provided I get a suitable role.

You have played almost every kind of role on TV as well as films. What is your dream role now?

I have always liked doing different kinds of roles. Though I would love to lay my hands on a negative character, I am keen on playing a positive character, because as a vamp, all that you have to do is to give the right look to the camera.

I feel that it is tougher to do a comedy role. The itch that an actress has is something which cannot be wiped away with any lotion.

Why are you not acting in any film now?

For the last 18 years or so, I have not been acting in films. The last film in which I had acted was Anari No 1, 19 years ago.

I do not feel inclined because the people with whom I could gel while working are no longer there.

Where are they making the kinds of films in which I will find myself comfortable playing the kind of roles that I feel I can play?

Even my brother Indu has not cast me after Beta, because he knows that I will not suit the kind of films that he is making like Grand Masti.

What are your comments!

He did not even show me the trailer of the film, because he was scared. I have not seen the film though it has grossed over 100 cr in just 10 days.

I am now worried that as a shrewd businessman producer, Indu should not be tempted to keep on making films, which are going to be even more vulgar than Grand Masti.

Who is your inspiration?

It is undoubtedly Devsaab. Whenever I used to feel ‘down and out ‘and extremely tired, I used to derive inspiration from him and bounce on my feet.

I have come a long way from the time I was being paid Rs 150 per day for a film for working for twelve hours at a stretch as a child till today when I get what I deserve. My desire now is to keep on acting till the last day of my life.