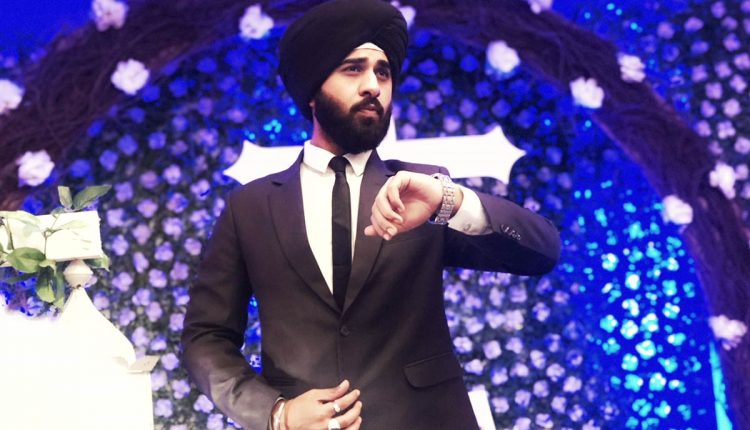 “I Think There Is No Stopping As You Learn Every Day”, Says Kunal Nirola

How did you get into acting?

I was very fascinated with drama and theatre and I used to perform in my school. I was fascinated with films, stardom, seeing actors playing different roles. During my childhood, I used to think that in acting one person can do so many jobs, he can be an army person. doctor, engineer, a navy person, he can be a father or a son and can portray any role and that was very fascinating for me as that makes your life really interesting compared to a job which a person does for his entire life and that becomes monotonous and boring for me. In acting, I explore something new every day. At the college level, I started doing photography and later became the media head of my college and these things started to attract me.  My love for machines led me to the Engineering Profession but destiny had something else in the store, which took me from Punjab to Delhi and then finally to the tinsel town Mumbai better known as ‘Sapno Ki Nagri’. The celluloid world was always an attraction. I gave up my remunerative engineering profession for my passion and to fulfill my dreams. Being enthusiastic to explore this new world I started looking for some tips and hints. The world around me was full of young boys and girls trained and talented, I knew that for an engineering graduate lots and lots of effort was required for being a good actor. Finally, I took up a course in acting to sharpen my skills, after which I felt it was like a trained soldier without the experience of a battle. I soon realized that I have to be a part of the theatre to excel further as an actor. I believe in the theory that as some are born God gifted singers, while others have to put a lot of efforts (riyaaz) to rise to that level. The same holds good for actors too. My extraneous efforts, consistency, and hard work lead to a positive outcome and the Legends and the amazing actors of the industry have always been a source of inspiration and motivation for me. 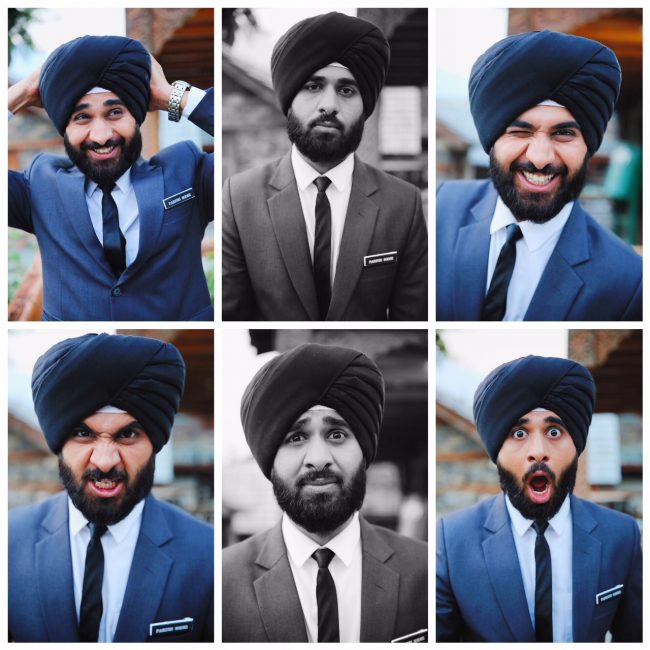 My hometown is Patiala, when I was in 8th STD, I told my parents that I want to become an actor and they thought that I was joking. In 10th when it was the time to choose among the different subjects, I told my parents that I want to take dramatics and then they realized that I was serious. They convinced me to do a degree course and then go to acting. I did my degree in mechanical engineering from Punjab and the day I completed my degree I came to Mumbai. For parents, it was difficult to convince them for acting as they felt that it is a very fast field and a lot of people come here and are not able to achieve their dreams. My father is a very intellectual person and told me to complete my degree so that I have a backup and that was a good decision as I matured and learned new things. Acting is itself so amazing, whatever you do you will learn more, it’s a never ending process. Once I played the character of a beggar and for a week we went to that place just to observe how do they live there lives. This is called a character study and it was an amazing thing for me and now for my characters, I am doing that much homework.

How does it feel that though you are a cut surd , you play a Sardar with a turban in the web show Ishq Aaj Kal ?

I have worn a turban only 2-3 times during my family occasions in Punjab. My father’s family don’t wear turbans but my mother’s family are the proper Sardars and it is very fascinating for me wearing the turban and my family is loving that as they were interested in what I am doing as my mom is from the Sodhi family. I am playing the character of Paresh Sodhi 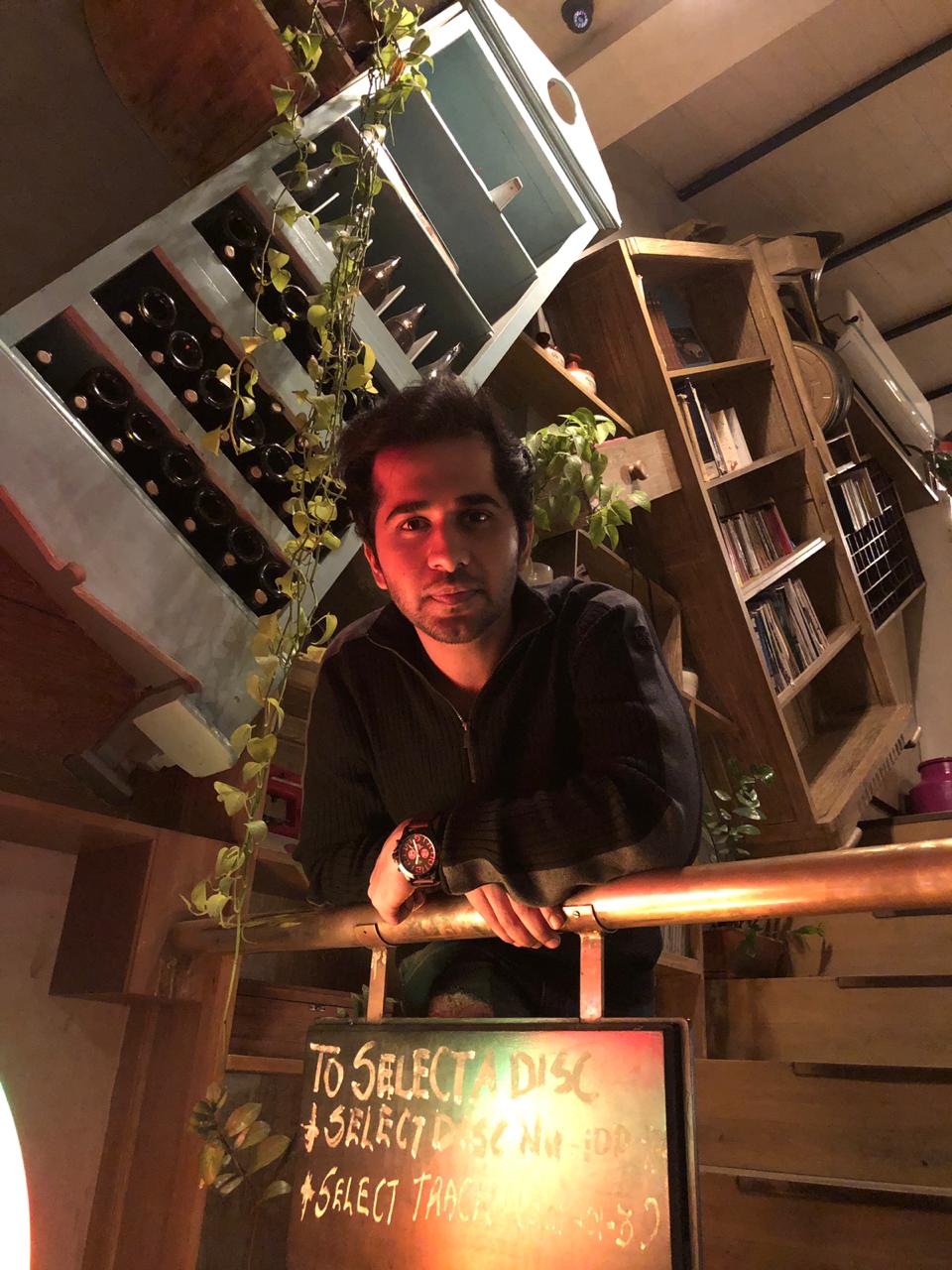 What is your role? is it positive or negative?

My role is completely positive. In the series, in everyone’s life some negative things are going on, and the guy who is completely positive is me and when he cracks some jokes, he himself does not realize that he told a joke. The most interesting thing in the series is that I am a Sardar and speaking Gujarati with slang. It was very interesting for me to perform this as till now I haven’t seen a Sardar speaking Gujarati. I got training from a lot of my friends and a theatre person helped me too as they are Gujarati and they taught me their slangs. While learning I came to know that the gujjus are a lot like the Punjabis as both of them are very foody people and when they get excited they use slangs. I had very little time to get into the character but my friends were very helpful and we all used to go to the Bandstand and learn and speak Gujarati over there. I believe that for an actor homework is very important as when you get a script there is not one but thousands of ways to perform it. I also believe that an actor should learn there lines by heart. I read my lines around 50 times and sometimes I write them too. I read the lines of my co-actors also so that there is proper communication. Sometimes it happens to me that I am not able to learn my lines, so I sing and learn them. In this series, I am totally opposite to what I am in real life and I am getting a positive response to that.

What are your career goals?

I would love to learn and do homework on myself to become a better actor. I think there is no stopping as you learn every day. I want to do films and I am working on that and I keep on doing advertisements side by side.

The Response To My Character Badal Has Been Amazing, Says Kinshuk Vaidya

Why Isn’t The Feature Film Inspired By The Life Of The Villain Pran,…

Raaj Kumar They Said He Was Mad, He Believed The World Was Mad

Johnny Lever Anything Is Possible With The Power Of Prayer. I Don’t Work Miracles. I…