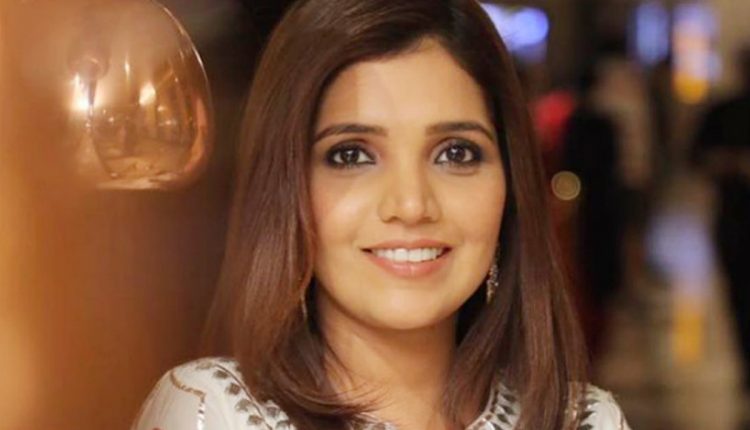 In this in depth interview with JYOTHI VENKATESH, MUKTA BRAVE tells him that it is for the first time that she is playing an out and out action role in Bandishala after playing intense roles in most of the films till date.

How would you describe your role in the film Bandishala?

I would say that Bandishala is a film which is very special to me and quite close to my heart as an actor and it was a big challenge for me to get into the skin of the character that I was called upon to play in the film. It has been written by Sanjay Patil who has always penned subjects which tackles social maladies and tried to create a sense of awareness in the viewers, whether it is Jogwa or for that matter a film like Bandishala.

What is your role in Bandishala?

I play the powerful and strong role of a conscientious and proficient prison officer called Madhavi Sawant, who is a staunch believer in transparent and disciplined prison administration and strives to transform the corrupt administration of prisons. In her attempt to cleanse the crooked system, Madhavi sets out to uncover the corrupt nexus of prison administrators and the crooked politicians who are hands in glove with them.

The people who Madhavi hurts in the process of her duty are very unsettled and naturally try to avenge her for her good deeds and plan a ploy to bring shame to her, destroy her confidence in herself and even get rid of her. Bandishala strongly presents issues related to women. As a jailer, I will spearhead the fight against a male dominated system in jail and in society. Directed by Milind Lele, the film sets out to show me in a different avatar. The film also features Sharad Ponkshe, Umesh Jagtap, Anand Alkunte, Pravin Tarde etc.

Is the film based on a real-life incident involving a female jail warden?

Yes. It is a film which is based on an actual real-life incident in Maharashtra but we have decided not to divulge any detail about the person either now before the release of the film or even after the film is released because several heads are bound to roll in that case. All that I can say is that Bandishala is a unique film with a very touching content

You said that it was a big challenge for you as an actor to get into the skin of the character of Madhavi. Why?

The biggest strength of this film is that though I went to the sets as an actor, after the pack up I used to return home as a responsible citizen. It was tough as an actor at times as it is a different action role by itself. Though in many films, I have played either humorous or for that matter even intense emotional roles, it is for the first time that I was called out to do an out and out action film in Bandishala. It was a challenging role for me because the role had a lot of emotional upheavals which I had to portray. Every role that an actor gets to play brings along with it an entirely different set of separate demands to the actors

Why are you very choosy and take up very few films every year?

I have said No to a lot of offers to cast me as far as films are concerned because I simultaneously act in not only TV serial and films but also produce and act in plays in Marathi. I’d say Hats off to the Marathi audiences who do not discriminate or differentiate between actors or club actors as TV actors or film actors and theatre actors. If I do a good role in a TV serial, the audience will come to see me in a play too.

Marathi Theater is the only theatre which has survived over the years and stood the test of the times!

Besides Marathi theatre, only Bengali and Gujarati theatre have survived and are still popular. Sadly as far as Hindi stage is concerned, only star studied plays are able to run.

Are you happy that stardom is virtually not there in Marathi films!

Yes. I am quite happy that there is no star system in Marathi Cinema. May be star system does persist in Marathi but then there is no blind adulation because the Marathi audience is a very discerning one and they can tell an actor that they have not lived up to the trust they had in him or her in a particular film, without any hesitation at all.

After acting in films like Thanks Maa and Saas Bahu Sensex, why are you not taking up offers to act in Hindi films?

It is a coincidence that just today morning, I went for an audition for a Hindi film but could not allot them the dates which they needed for the shooting because those dates have been reserved for the promotion of Bandishala. I told the producers that if they are ready to wait, I will be only too happy to act in their Hindi film after Bandishala is released. I am very particular about my responsibility and commitment to my producers for promotion of the films in which I am acting because only if I take part in the promotions properly, will the film run at the box office.

Which are your five best films as an actress till date?

Jogwa, Double Seat, Ek Daav Dhobi Pachaad, Mumbai Pune Mumbai and last but not the least Bandishala are five of my best films till date.

How ready are you to play a bold sequence and indulge in a lip to lip kiss like Priya Bapat did in The City of Dreams recently?

I should say that Priya Bapat has done a bold sequence brilliantly. It is not something new to me as I have already done a lip to lip kiss with Upendra Limaye in Jogwa. The only difference is that Priya Bapat has kissed another actress. The acceptance levels are on the rise in our country especially after 377. It is 2019 now and if the kiss is to be depicted on the screen aesthetically, I’ll not hesitate to do it, if it is a good role as I am an actress.

Which are your forthcoming releases in Marathi?

Vikram Phadnis’s second Marathi film after Hrudayanthar- Smile Please is being readied for release. The film revolves around a very successful woman photographer played by myself which will trace her rise and fall. Besides me, there are Prasad Oak, Lalit Prabhakar, Aditi Govitrikar and Satish Alekar in prominent roles. The film is slated to release on July 19.

Your film Bandishala is all set to clash at the box office with Miss U Mister on July 21. What do you have to say?

As A Designer Any Platform Or Medium Is Big To Showcase Your Craft: Reena Chopra