To commemorate his second death anniversary today, we reproduce an  interview of VINOD KHANNA by JYOTHI VENKATESH , which was taken  first  41 years  ago, way back in  1978 for the now defunct Cine Link, the English edition by Mayapuri. Ironically, like Feroz Khan, Vinod Khanna also died on the same day April 27, eight years after Feroz had died.

Vinod Khanna is very elusive to the press these days. It is simply next to impossible to catch him at leisure for an interview. One often gets the feeling that he has gone into hibernation. A self styled one at that, ever since he announced his decision to quit films at the press conference he held at the Hotel Centaur, some four months ago.

I couldn’t believe my eyes when I chance to find Vinod Khanna all alone without any hangers on around him the other day at the Essel Studios at Trombay where he is shooting on the sets of an old film of his called Garam Khoon in which his co-star was Sulakshana Pandit. What’s more, he is in a friendly mood and quite game for an in depth no holds barred interview with me for CINELINK. 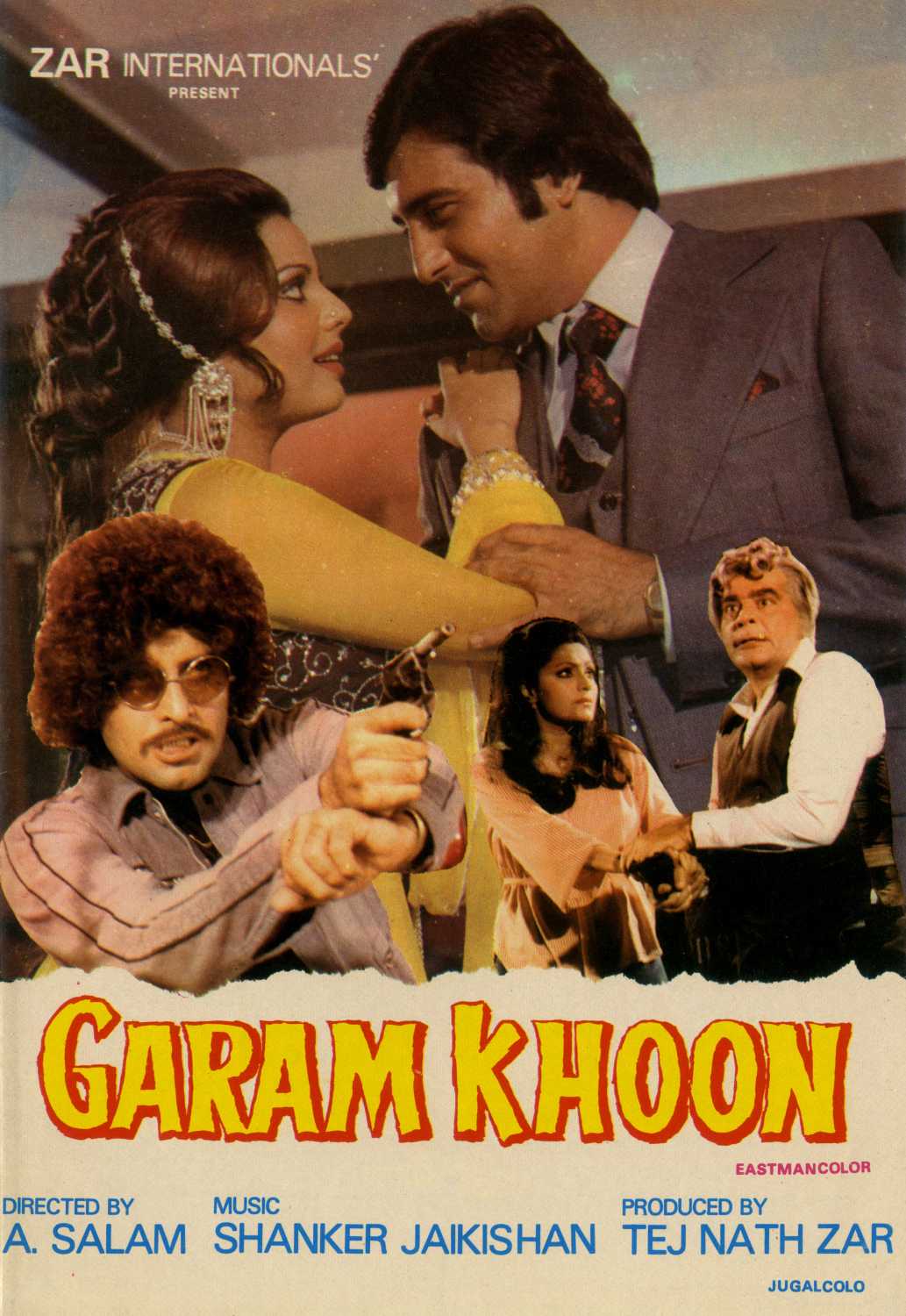 “I am all alone in this make up room today because I am no longer in the rat race called filmdom. No one needs me today because the industry is motive oriented and everybody is selfish. I too do not need anybody today. I am happy and contented with my wife and kids”, says Vinod as we settle down in the sofa in the makeup room for this interview.

Vinod is still an ardent devotee of Bhagwan Rajneesh Acharya. He carries along with him his stereophonic cassette recorder with one dozen tapes consisting of Rajneesh’s discourses. Whenever he is not needed on the sets he beats a hasty retreat to his makeup room and switches on the cassette to listen to the Bhagwan Osho Acharya’s teachings in the air conditioned comfort of his makeup room. 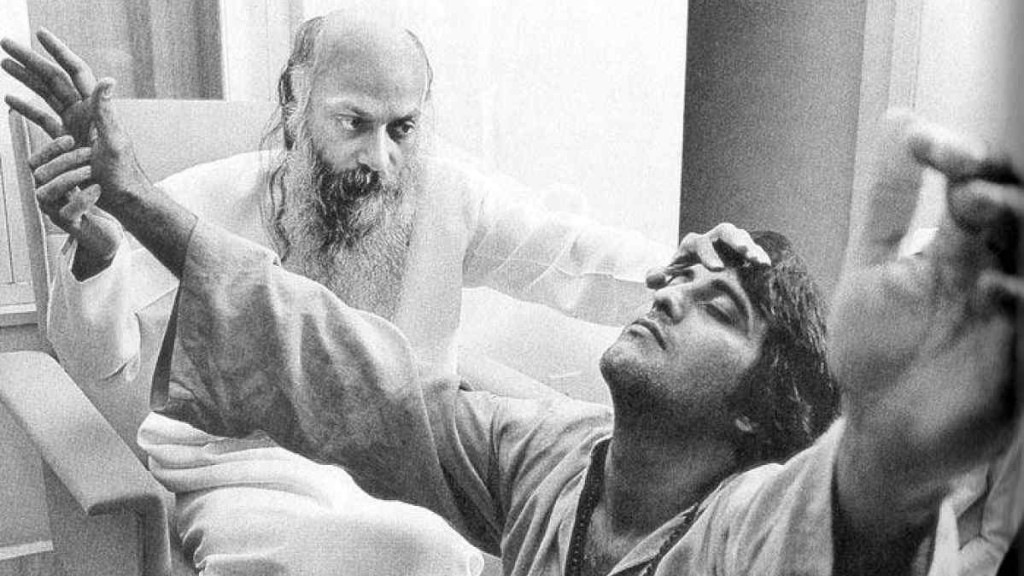 I have always had a very good relationship with Vinod Khanna, right from the time I had met him for the first time on the sets of Prakash Mehra’s Muqaddar Ka Sikandar. Once I remember during the post Bhagwan Rajnish phase of his, when he had almost lost his aura of stardom that he had begun drinking heavily day in and day out. Once when I visited him on the sets of my friend Aruna Raje’s film Rihaee, I was aghast to find him sitting in the make room at the Famous Studio nursing his scotch at 4 pm though the shooting was supposed to be on and other co-actors had already started shooting for Aruna. Aruna took me aside and requested me to cajole Vinod to shoot his portions for the day and then resume his drinking bout, because she had a deadline for complete the film and also Vinod’s co-actors like Naseeruddin Shah and Hema Malini were cooling their heels in the makeup room. I went up to Vinod in his makeup room. When Vinod asked me to give him company by having a glass of scotch, I told him I’d give him company for the entire evening, provided he left the bottle in my care and shot for the day for Aruna Raje. Like a good boy, he agreed to leave the bottle in my hands and went to complete then day’s shoot to Aruna Raje’s relief. 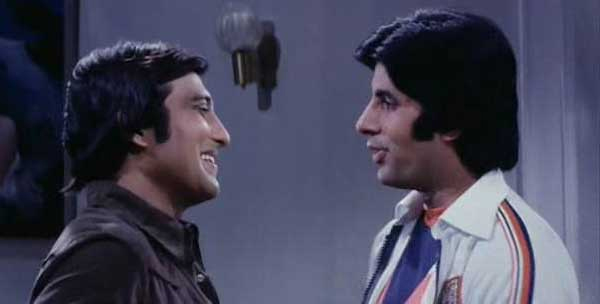 I remember how at the party to celebrate his film Garjana’s launch, the producer had hosted a grand party buts served only Indian whiskly. One look at the brand and Vinod whisked me away to wards his car in the basement and offered his own scotch and instructed his Man Friday to refill his and my glasses throughout the party, because he used to care for me a lot, like a big brother.

The last time I met him was at the shooting of my friend filmmaker Gul Bahar Singh’s film Ek Thi Rani Aisi Bhi in which Vinod had been teamed opposite Hema Malini. Before that, I had bumped into him at Dr Jabbar Patel’s party to inaugurate the Pune International Film Festival in Pune where he was conferred with the prestigious Life Time Achievement award. Vinod had come with his wife Kavita and even while he was savoring his wine, he was going on posing for selfis with any and everyone who was approaching him, without any fuss.

The day I met him at Madh Island, I was required to shoot for some portions with Vinod Khanna as Sardar Patel’s South Indian secretary. Vinod was already feeling very weak though he did look handsome because cancer had already set in his body and preferred to sit all alone in his vanity van instead of giving me or Hema Malini Company because he was very tired and weak. That was the last time that I had a glimpse of him. 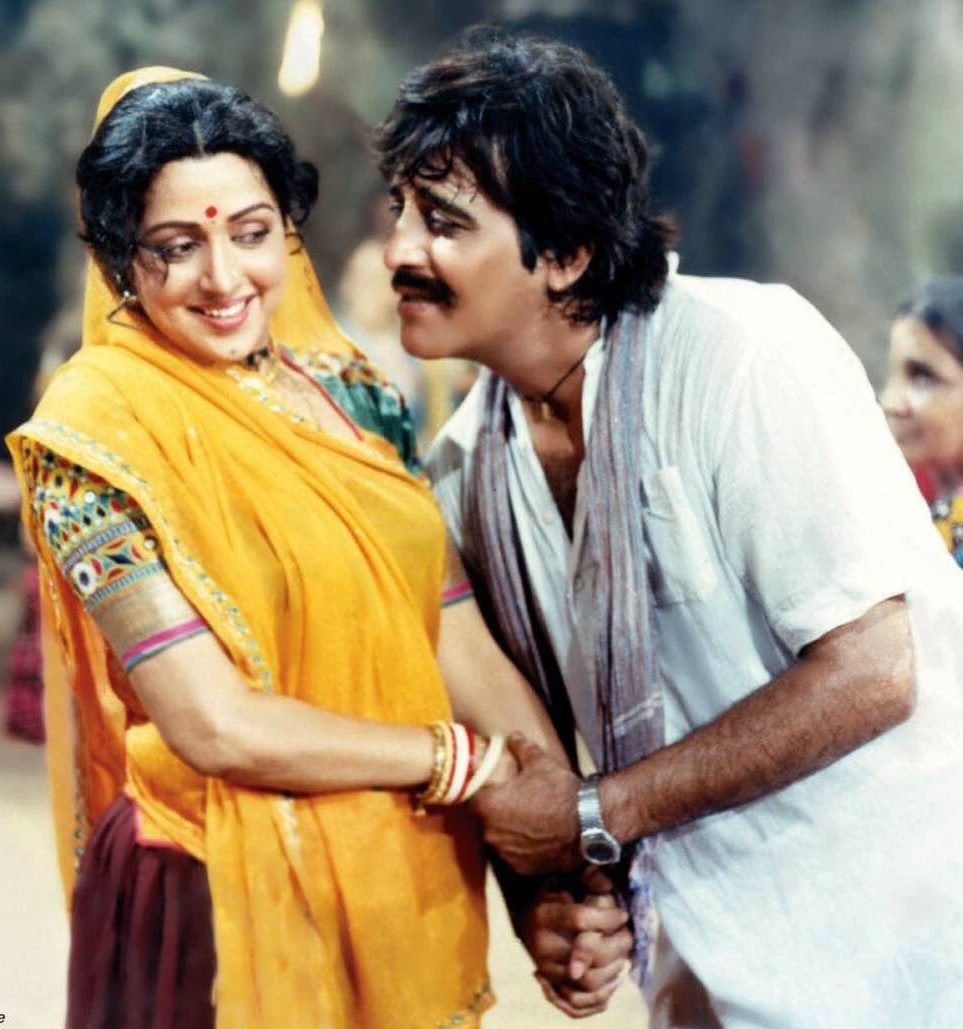 Vinod always refused to be provoked into giving journalists a good copy. Even when I try to draw his attention to the raw deal to which he was subjected to in Prakash Mehra’s Muqaddar Ka Sikandar, he just shrugs his wide shoulders and keeps his cool. He has become a thorough diplomat. He doesn’t agree with me when I accuse him for walking out of films for which had even taken the signing amounts from various producers. Like Ek Do Teen Char, Namak Halal, Sara Jahan, Mera Dost Mera Dushman etc for example. “I offered to withdraw from films only from those producers whose films had not gone on the floors. I took them into confidence and declared o them my intention before I announced my decision to the press. No producer wanted to con fess that he depends only on me and hence agreed to

replace me with the other stars. Like for example Goldie signed Shashi in place of me in his Ek Do Teen Char and Johny Bakshi signed Shatrughan Sinha for Mera Dost Mera Dushman. No self respecting producer’s ego would permit him to admit his dependence on one film star you see.”

Was it fair on the part of Vinod to have turned down several tempting assignments and at the same time agree to work in Baldev Pushkarna’s Lekh Tandon- directed Khuda Kasam in which his co-star is Tina Munim? Apart from Khuda Kasam, hasn’t he agreed to work for a vague producer called Satish Khanna from Delhi? 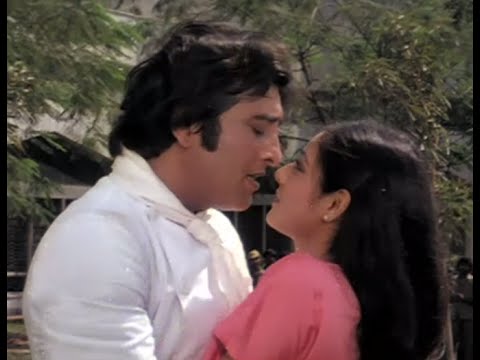 Vinod smiled wryly. “I knew you would pop out this question to me. You see when Baldev signed me for Khuda Kasam, he had taken on a calculated risk because he belongs to another star’s camp. In case, I had walked out of his film, with what face would he approach Dharmendra with whom he had worked in Chacha Bhatija or any other star, for that matter. I didn’t wish to be the cause of his ruin. And hence

I decided to go ahead with my work in his film.”

“Tell me, am I insane enough to reject plum assignments from reputed filmmakers like Shakti Samanta, Pramod Chakraborty, Basu Chatterjee etc and accept Baldev’s offer just like that without any rhyme or reason? Certainly not. Same is the case with my friend Satish Khanna from Delhi. This is his maiden film as a producer and hence he has sunk lakhs into the project with me as the leading man just because

he relied on me when he signed me. I couldn’t desert him when he needed me and hence I am working in his film”, he concluded his marathon talk. 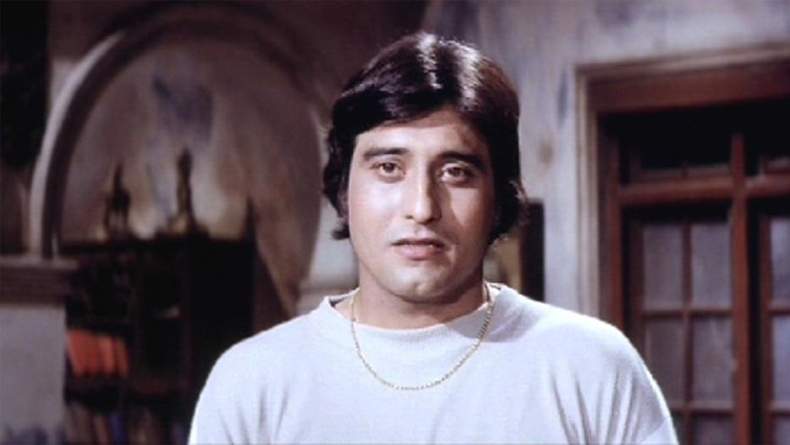 I couldn’t but believe Vinod when he informed me that he had turned down even s own brother Pramod’s assignment though he had invested in the concern as a producer-partner because he has relinquished films.“Shatru will be doing the role which Pramod had conceived for me. Normally Shatru does not accept

a role which is turned down by some other star as a matter of principle. As a special case, he agreed to do the film because I convinced him of the need for my brother’s sake.” 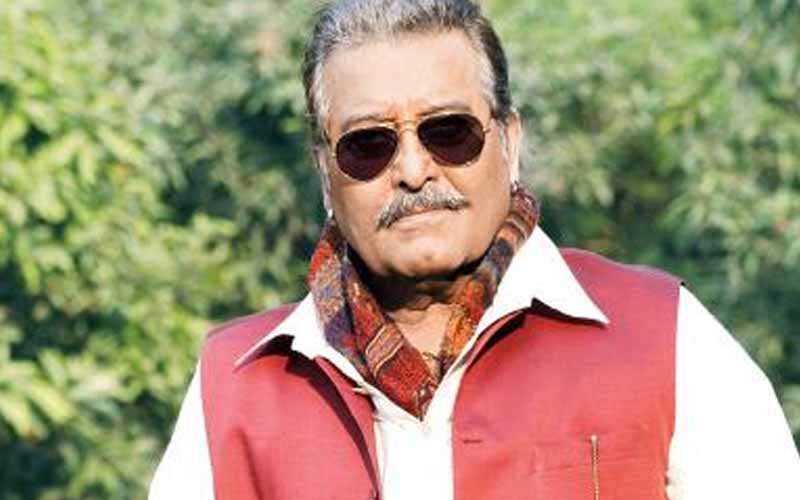 At every party, Vinod can be seen these days in his by now patented saffron colored robes with the rudraksh dangling around his neck with the Bhagwan Rajneesh pendant. With a cigarette in one hand , a glass of whisky on the other and his charismatic smile, Vinod can rightly be called the life of every party that he choose to attend.

Vinod gets offended if one were to ask him whether the press conference by him to announce his renunciation of films wasn’t a publicity gimmick resorted to by him because he wanted to be one up on Amitabh Bachchan who continues to be the No 1. “I do not believe in the tags No 1 or No 2. It is the press which is interested in sticking such labels on to the stars. I threw the press conference only because it became imperative for me with every other producer or journalist ringing me up every day to ask me about the same since word spread around that I was contemplating to retire from the film industry.”

Vinod is however wise enough to continue to retain his distribution concern Kamala Movies Distributors, because, “I do not want to leave my staff in the lurch.” After all, Main Tulsi Teri Aangan Ki distributed by him in Bombay has turned out to be a gold mine for him.

“Gunwali Dulhaniya” Releasing On 3rd May 2019, All Over

After Taimur, Hina Khan Inspired Komolika Dolls In The Market?