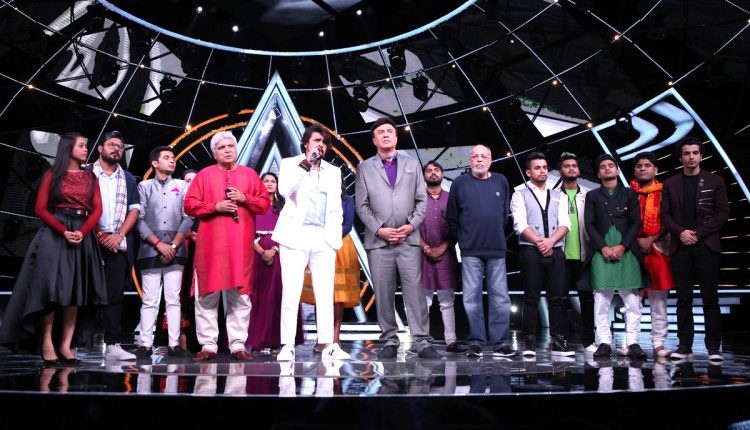 A country stays secure because of its defence personnel’s commitment towards protecting it from all kinds of danger. Countrymen are always grateful to the soldiers who stand guard day and night at our borders. Recently, on a special episode of India’s biggest singing reality show – Indian Idol 10, the top 12 contestants along with the judges and special guests – JP Dutta ji, Javed Akhtar and Sonu Nigam saluted the Indian defence forces for their unwavering service to the nation.

Indian Idol 10’s upcoming episode shall witness legendary lyricist Javed Akhtar, noted film maker JP Dutta and versatile singer Sonu Nigam take centre stage along with the top 12 contestants. The dazzling personalities made an appearance on the show to express their gratitude towards Indian defence forces and speak about the upcoming Indian war film – Paltan. The movie also serves as a launch pad for Indian Idol 9 contestant – Khuda Baksh who has enamoured millions with his melodious voice. Interestingly, Anu Malik was the one who has given Khuda Baksh his big break in Bollywood. Singing legend, Sonu Nigam also sang two songs from the movie Paltan and enthralled everyone. Furthermore, all the contestants were thrilled to have a veteran like Javedji amidst them and at the behest of Vishal Dadlani also spent valuable time with him to take useful tips about music and bettering their craft.

A source from the sets revealed, “Everyone could see how happy Anu ji was to have Khuda Baksh on the stage and speaking about his experience. He was with Indian Idol in the 9th season and is now making his foray into Bollywood. It was a lovely experience watching Sonu Nigam perform on the stage of Indian Idol, a stage that he has been associated with earlier. It was interesting to see JP Sir tell Sonu Nigam to stand and sing the song as it was dedicated to the Indian army.”