INTERVIEW IN MEMORY OF THE DECEASED ACTOR IRRFAN KHAN

“My life has pushed me in the right direction”

The actor par excellence Irrfan Khan breathed his last at the Kokilaben Dhirubhai Ambani Hospital in Andheri at the age of just 53. Irrfan Khan had been undergoing treatment for Neuroendocrine cancer. The actor is survived by his wife, writer Sutapa Sikdar and two sons Babil and Ayan.The last time I had met the actor who was known not only in India but also all over the globe as an intense actor who delivered had opened up about his role in Jazba and his journey till date as an actor. While Jyothi Venkatesh on behalf of bollyy.com and Mayapuri offer his condolences to his family as well as millions of fans, we are reproducing the interview taken a few days before the release of his film Jazbaa. 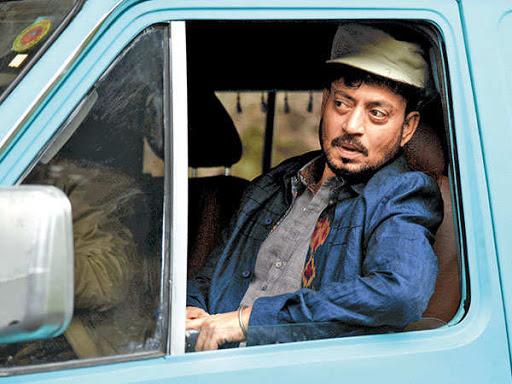 What do you feel when you look back at your illustrious journey as an actor?

I think I am lucky that I have had an amazing journey as an actor. I think that what has worked in my favor is the fact that without bothering about conventions, I have always forged ahead as far as my journey is concerned, defying conventions whether I have had ups or for that matter downs. An actor has to evolve. In fact every man becomes aware only when he starts evolving. One’s understanding about one’s craft evolves slowly. My life has pushed me in the right direction. Though I’d not mind conceding that I am happy with the way my career has progressed, I am looking to reach the time when I am in a situation where I can have the options  to work in say just two or three films every year and live life king-size.

How challenging was the role in Jazbaa to you as an actor?

I play a very interesting role of a cop called Yohan in the film Jazba. It is about the different relationship between me and Aishwarya. The chemistry between us is also different. It has to be seen to be believed. The story is also different. When I read the script, I felt as if the character was alive in front of me. It was challenging but not tough to play the role because I know the pressures that parents have as far as their wards are concerned because I myself am a parent. 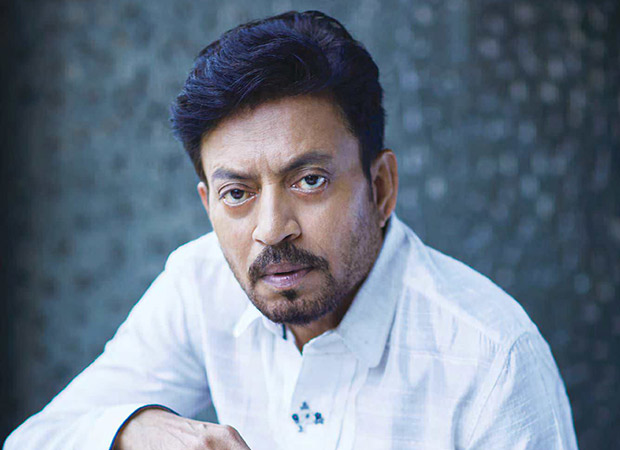 Has it been a very conscious decision on your part to be very choosy as far as your films are concerned? It is for the first time that two films of yours are being released consecutively- Talwar and Jazba!

It is not that I used to sign each film that was offered to me earlier and have changed now and become choosy. I have always been choosy. I do not do every film offer that is dangled in front of my eyes.

Which are your personal five memorable films in your career as an actor?

I just cannot pick up only five best films of mine according to me because I feel that it will be very unfair to the other filmmakers with whom I have worked. Yet I can name my seven films like Haasil, Maqbool, Life In A Metro, Paan Singh Tomar, Lunchbox, Talvar and last but not the least Jazba as my best films till date are my best.

Can you tell what exactly your approach towards acting as an actor is?

I can’t explain in words what my approach towards acting is. When they make a film for a global audience they keep in mind the interests of the global audience. Talvar is a film which will be very interesting for the international audience. Jazba is being released in more than 40 countries all over the world.

How tough has been your journey as an actor till date?

I just kept being sincere to my work and did things. It is destiny and nature which choose you. I do not want to follow conventions.

You have worked with most of the filmmakers not only in India but all over the globe. Are there a few directors with whom you would love to work but have not got the opportunity till date?

There are many directors with whom I’d love to work. Like Shriram Raghavan, Shimit Amin, Dibakar Banerjee, Milan Lutharia etc. If life really gives me a chance I would love to work with all these directors who are different as their approach is concerned and left an indelible mark, as far as Cinema is concerned.

How do you pick your films?

As an actor, I make it a point to say yes to a role if I am able to connect with the film when I hear or read the script. Sometimes, I may select a film by keeping in mind where the film will position me in the market even though I may not be very excited by the scope that the role offers me as an actor.

Do you agree that you have this image of being an intense and serious actor?

I beg to disagree with those who want to bracket me as a serious and intense actor just because I played serious roles in Vishal Bharadwaj’s Maqbool and Tigmanshu Dhulia’s Haasil. I refused to let myself be typecast even when I got big offers from, big filmmakers to do intense roles after Maqbool and Haasil because I feel it is a cardinal sin for an actor to cling to his image to sell his craft. 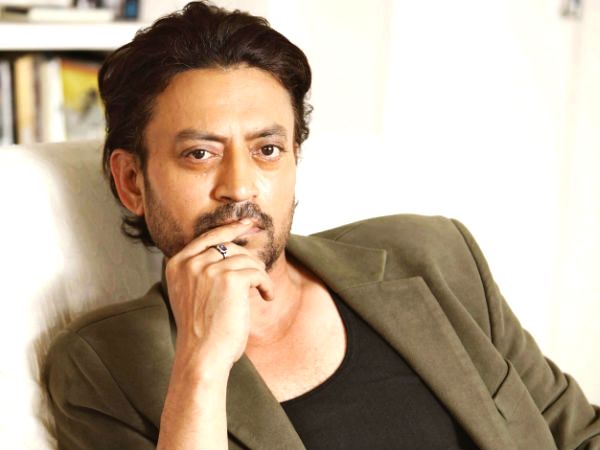 You have done international films like Warrior,The Namesake, Life of Pie and Slumdog Millionairre. What perception do people have about Indian Cinema abroad?

I am glad I have been a part of all these films. I feel that if our Indian films cross our shores and are watched by different people in different countries, it will greatly benefit our cinema.

Would you say that The Namesake was the turning point in your career ?

I have had various turning points as far as my career is concerned. With due respect to Mira Nair, I feel that The Namesake is just one of them.

Are you glad that people have started writing subjects keeping you in their minds for the role?

I do not think I have reached a stage where people write a role keeping me in mind. I hope I do not reach that stage because I am scared that I would be in a cage if people start writing roles keeping me in mind. I am afraid that in that case, I would only end up playing myself in film after film. Instead, I want to explore newer avenues and take up bigger challenges as an actor.

Did you get intimidated when you worked with actresses like say Aishwarya, Angelina Jolie or for that matter Deepika Padukone?

They are actresses who have personas of their own and you are intimidated when someone comes with that baggage but as an actor if you know your craft and are also looking for that connection which will make you feel comfortable with the other person, you can easily pull it off. 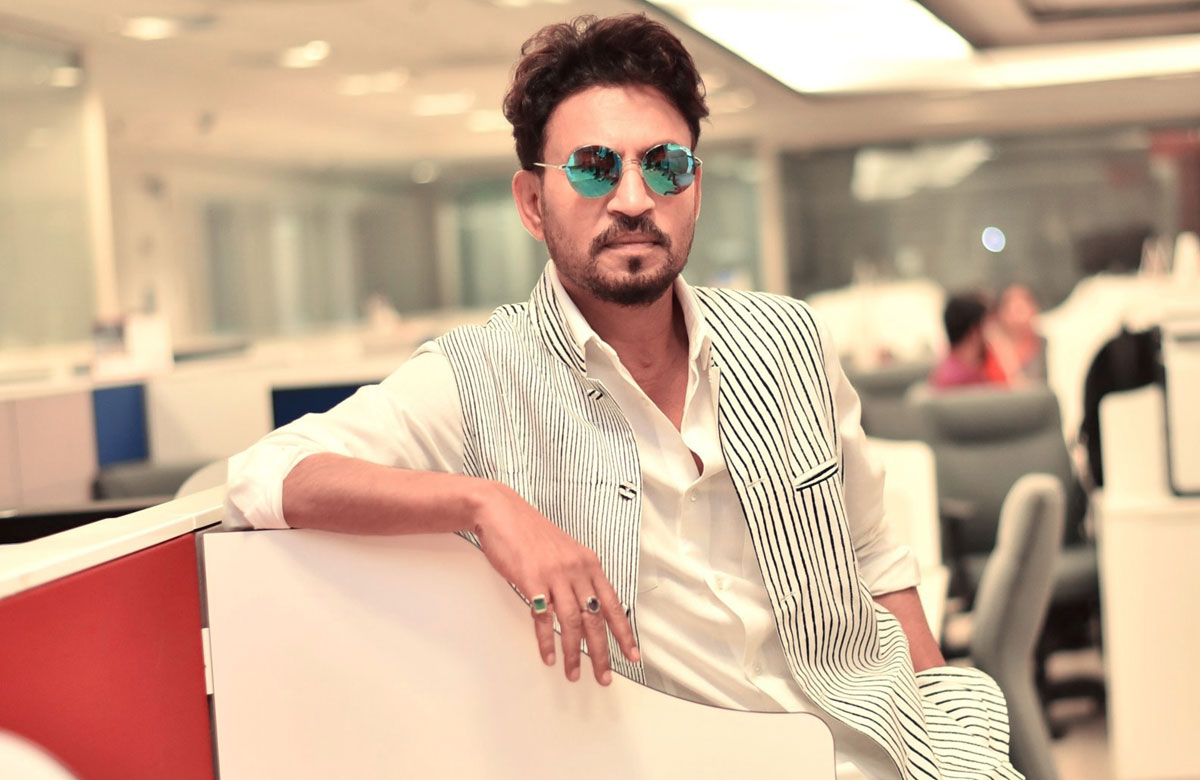 Do you have plans to take up direction?

I have no plans to take up direction because I know I cannot direct for nuts. I love music but I do not have the ear to pick up good music. Similarly, I cannot write for nuts. I am happy as an actor. I may turn a producer.

Irrfan Khan’s last film Angrezi Medium released in March this year. The actor’s most memorable works include Salaam Bombay!, Maqbool, The Namesake, A Mighty Heart, Paan Singh Tomar, Life of Pi, The Lunchbox, Haider, Gunday, Piku, Talvar, and Hindi Medium etc. Born actors are not being made of late. May his soul rest in peace.