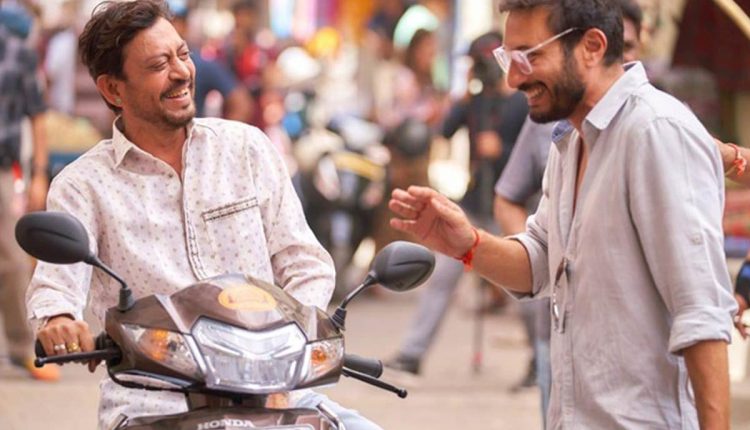 Irrfan khan, the strong survivor of cancer is back in town and back on sets. Irrfan Khan’s fans have been waiting to watch him on the silver screen and their wait will soon be over as Irrfan has already started shooting for his next, Angrezi Medium. Irrfan started shooting for the sequel to 2017 hit Hindi Medium in Udaipur a few days ago. Now, a new photo from the sets has emerged where Irrfan can be seen sharing a light moment with director Homi Adjania.

Alongside Irrfan, the film also stars Kareena Kapoor Khan and Radhika Madan. Radhika plays Irrfan’s daughter in the film. Irrfan had earlier shared a photo from the sets of the film where he introduced his character Champak, who is a sweet shop owner. The film also stars Deepak Dobriyal.

Gaurav Sharma Is Now Gearing Up For His Digital Debut