IRRFAN KHAN TO PLAY UDHAM SINGH IN SHOOJIT SIRCAR’S NEXT

After October, Shoojit Sircar is now planning his next project and the director is now all set to return for a screen adaptation of the life of martyr Udham Singh. Udham Singh was a Punjab revolutionary and freedom fighter belonging to the Ghadar Party best known for assassinating Michael O’ Dwyer. The assassination was in revenge for the Jallianwala Bagh maddacre in Amritsar in 1919. 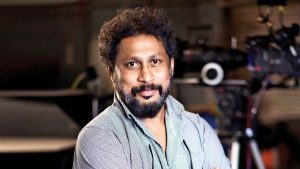 For the central part, Shoojit confessed that he has indeed found his hero in Irrfan Khan.The actor and the director worked together in the movie Piku along with Deepika Padukone. Soojit further went on to say that he wanted to make a film on Udham Singh since the time he arrived in Mumbai. This will be the director’s first film on a patriotic martyr. He mentioned that he visited Amritsar and Jallianwala Bagh in Punjab during his theatre days in 1995 and that’s when he got inspired by the story of Singh. 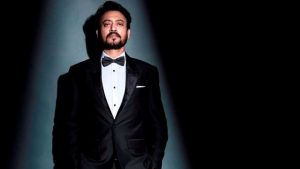 On the other hand, Irrfan Khan is in Europe and getting diagnosed with Neuroendocrine tumor. But the director is very positive about the current situation and revealed that the actor is responding great to the treatment and soon there will be a road to recovery.

About Irrfan playing Udham Singh’s part, Shoojit confirmed that Irrfan fits the bill perfectly. As Irrfan is aware of the history of Punjab, he can accurately show the perfect emotion and depth needed.

The movie is expected to go on floors by the end of this year.

SALMAN KHAN TROLLED ON TWITTER FOR LYRICS OF “SELFISH” SONG

DEEPIKA PADUKONE’S NEXT IS A SUPERHERO FILM