In this exhaustive exclusive interview at the Hotel Sun N Sand where the music release of his latest film Rangeela Raja was held, Govinda tells JYOTHI VENKATESH that he is game to act in a web series , if he gets a good offer.

Tell me something about your latest film Rangeela Raja!

Rangeela Raja is an out-and-out comedy, but comedy of a kind never attempted by me before. Unlike the streetwise comic characters, for which I am famous for, I play a very sophisticated character in Rangeela Raja.

Is it true that you are playing a double role?

Yes. I am playing a double role in Rangeela Raja, in which, believe it or not, I slip into four different characters. Audiences who have been waiting for my comeback will be very pleased to see what I have done in Rangeela Raja. It is almost like a rebirth for me and I feel happy to be a part of Pahalaj Nihalani’s film. Rangeela Raja is a complete family entertainer. It’s the story of two brothers – both essayed by me- who are completely different from each other. One character is inspired by Vijay Mallya; so, you see him as a rich, flamboyant business tycoon. The other brother is a spiritual guru, along the lines of Baba Ramdev. 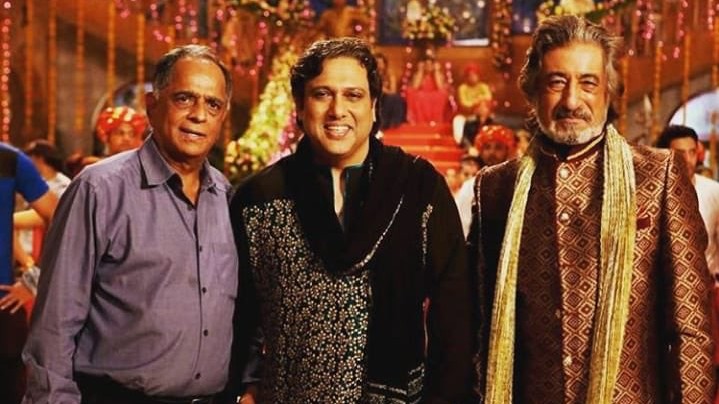 Your debut film, Aakhri  Ilzaam was also directed by Pankaj Nihlani. How was it working with Pahalaj Nihalani in Rangeela Raja after a gap of almost three decades?

35 years later, we are reuniting again with Rangeela Raja, which is slated for release on November 16 this year, a week after Diwali. It felt just like the old times when we shot together for Rangeela Raja after having made my  debut with the film Aakhri Ilzaam, especially considering the fact that  I am fitter now than I was ever been.  Having delivered several hits including Aakhri Ilzaam (1986) and Aankhen (1993) in the past, I should confess that reuniting with my favorite filmmaker is sheer joy. Shot in a single schedule in Karjat, Rangeela Raja will launch three new faces as female leads- Mishika Chourasia and Anupama Agnihotri along with Digangana Suryavanshi who has already been one of my leading ladies in Fry Day. Shakti Kapoor is also playing an important role as my chauffeur in the film, which h is by the weay being directed by Sikandar Bharti, a onetime trusted assistant of Pahalaj Nihalani.

Is Rangeela Raja a comedy of errors as both characters lead a dual life?

I am playing in the film four different characters. The business tycoon pretends to be a dutiful husband at home, but he has a colorful life outside of it. While one does not at all look at any girl, the other one does not stop looking at girls. One thing I can tell you in advance is that Rangeela Raja can be a big hit especially since it will remind you of a lot of South Indian hits with which I was associated in the not so long past. 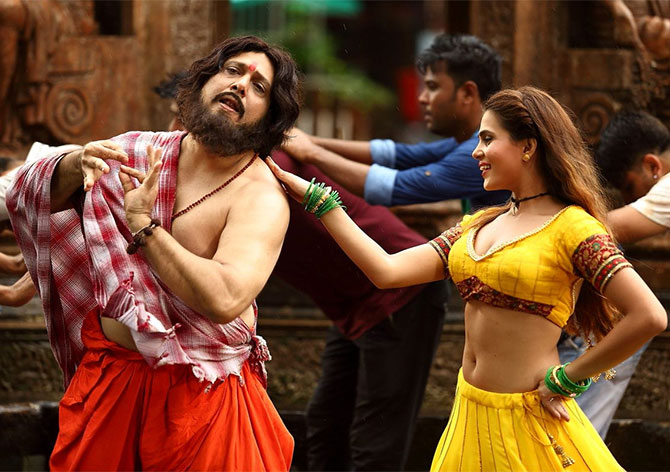 What went wrong with your career?

My films had comedy but I did not do comedy. Films like Bade Miyah Chhote Miyah, Shola Aur Shabnam and Aankhen were serious but I was sidelined by the industry when I was the only actor who was also a part of films as a hero, though several heroes had started playing the role of the comedian but could not succeed like me.

In what way do you think this film is different from the other Govinda films?

It has been nine years since I have been waiting for a film like this to release and make my presence felt by creating havoc at the box office in a big way. In between a film like Happy Ending was appreciated for my performance but they film by itself did not create any havoc at the box office. I am personally very thankful to Aditya Chopra for having had the confidence to launch me after a long hibernation period when my films were flopping one after the other in his film Kill Dil in which I played a hard core villain and also Saif Ali Khan who was bold enough to cast me in his film Happy Ending, though that film also flopped. I confess that I had lost out on offers in films following my stint in politics

Does it mean that you will now never indulge in politics in future?

Right now I am just doing my work and not straying from my main avocation- that is acting in front of the camera and not at all looking at any other work. I regret having left films for the sake of politics. After I left the Congress, I became neither ghar ka na ghaat ka, as I was not wanted by Congress as well as BJP. 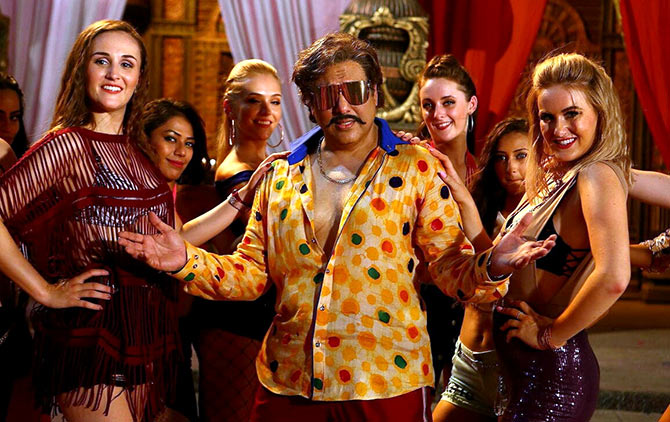 When are you launching your son Yashvardhan in films?

My son Yashvardhan has come from London after learning acing in a film school there and will pick up films after a year or so after learning then ropes of production. I hope he will be able to leave a different stamp of his own which is very different from that of mine though acting runs also in his veins

Is it true that your last release Fry Day was sabotaged by PVR Cinemas?

I’d not say that PVR sabotaged my film. I would only say that it was bad on their part to presume and assume that it will also flop, and did not increase the number of screens for showing Fry Day even after there were footfalls for the film especially they had shaken hands with us , just because my films had flopped in a row, including my last. In the case of Fry Day, there was a heavy demand for the film but the screens were not available to us. This was because there are a few CEOs who I do not want to name who are part of certain industry camps who feel that other production houses should not come up with hits. I feel that no one should sabotage anyone in the industry and we should have a policy of tum bhi kamao main bhi kamaonga.

Are you open as an actor for web series?

Why not? If someone comes to me with a good offer to be a part of a web series, I am game to be a part of it, like say Saif Ali Khan, Nawazuddin Siddiqui, Vivek Oberoi etc. 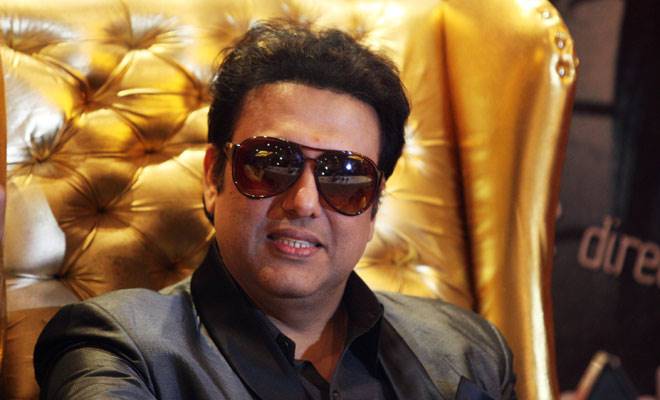 Tell me one thing about you which not everyone is aware of!

Sindhis have always been my lucky mascots as far as my career is concerned, whether it is Ramesh Taurani, Nandu Tolani, Vasu Bhagnani or for that matter Pahalaj Nihalani

What next, after Rangeela Raja?

After the release of Rangeela Raja, though you will see me in two different films like Pinky Darling and National Hero, both dynamically different and in contrast from one another, I have now decided to act in only one film at a time.