It was challenging to play the role of Madhu in Dhadak : ISHAAN KHATTAR

Ishaan Khattar, who is the son of actors Rajesh Khattar and Neelima Azeem, has now endeared himself as an actor once again after his debut with Majid Majidi’s Beyond The Cloud with Sridevi’s daughter Janhvi Kapoor in Dhadak. In this interview, Ishaan Khattar tells Jyothi Venkatesh that he saw the original film Sairat only twice because his director Shashank did not want him to be influenced by Sairat when he set out to act in the adapted Hindi version of Sairat.

What is our role in the film Dhadak, which is your second film after Beyond The Clouds?

I play the role of Madhukar Bagla, a 19 year old boy who is born and brought up in Udaipur. Madhu is an ambitious, happy and contented young boy, who has not seen much of life and is naïve and uncorrupted, falls head over love with Parthavi, his class-mate in college and that dictates the trajectory of his life.

To what extent could you relate to your reel life character with your real life?

I think that the character is more of a departure from what I actually am in real life. I would not say that he is similar to me and the fact is that I had to discover most of the character on my own.

Was acting always your passion or did you take to it inspired by your mother Neelima Azim and brother Shahid Kapoor?

Performance has always been my biggest passion. The itch to act was actually triggered when I went to my brother’s sets of Life Ho to Aisi and the director and Bhai decided to humor me and asked me to face the camera for a scene. They put me in the frame and when I reacted, they felt that it was very natural. Though I was never meant to be a part of the film, my role was increased. It was more like an acting exercise for me. 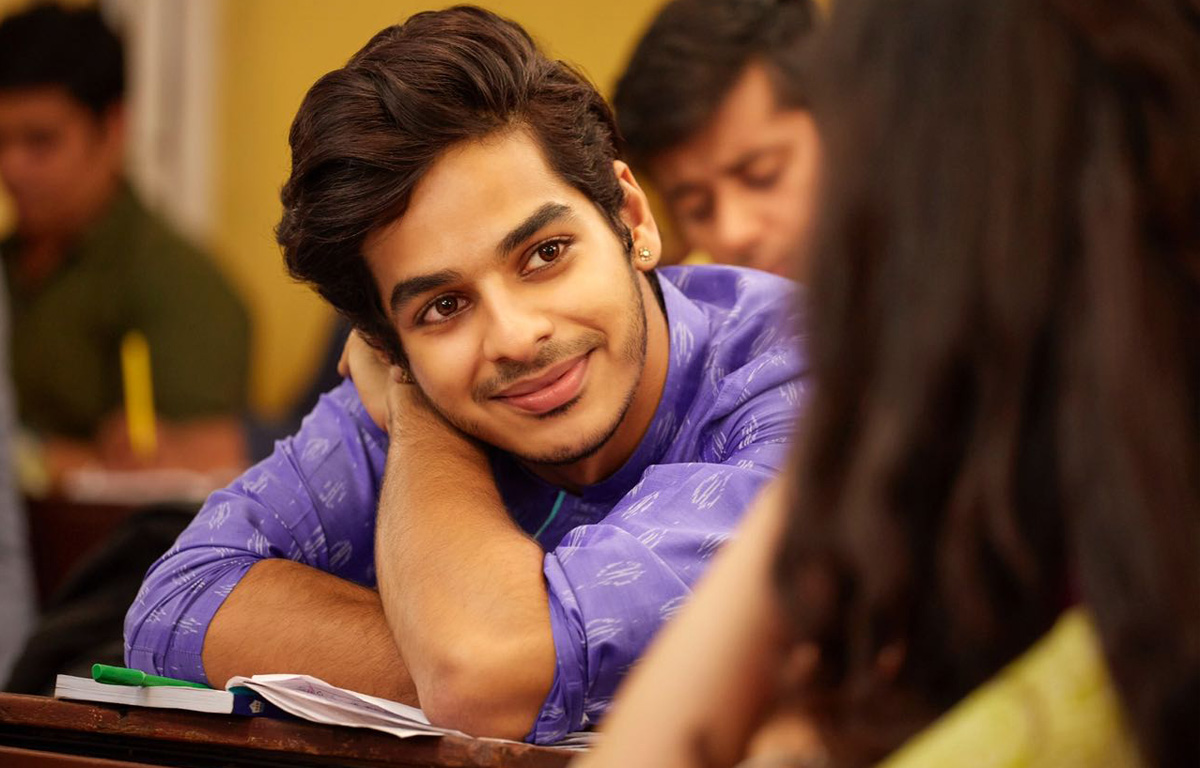 Did you ever learn acting from any class?

No. I only did a crash course in dancing as I am very fond of dancing too. To prepare myself as an actor, I decided to work as an assistant on the sets of Udta Punjab as well as Half Widow.

Okay. How did you bag the offer to be part of Majid Majidi’s film Beyond The Clouds?

Casting Director Honey Trehan had worked with me in Udta Punjab and when he was asked to be the casting director for Beyond The Clouds, he recommended my name to Majid Majidi. Honey had seen me being punished one day on the sets of Udta Punjab when I reached the hotel three minutes late and asked to be kept on base. There was a 12 feet wall and I kept on persisting on jumping the wall. Honey saw me persistently trying to climb the wall for almost half an hour.

Were you in a dilemma when you had to say to Majid Majidi’s offer to be part of Beyond The Clouds, as you had already been zeroed in for Dhadak by Karan Johar?

I was not at all in any predicament  though Dhadak was supposed to be my debut film, as Karan Johar was very gracious enough to  let me do Beyond The Clouds as it was very enriching experience beyond belief to work with  a filmmaker like Majid Majidi.

In what way were Majid Majidi and Shashank different from one another as directors?

Till date, I have worked only with two directors- Majid Sir and Shashank Sir. Depending upon the scenes, Majid Sir either lets us improvise on a scene or stick to the screenplay judiciously. Both are different individuals. Majid Sir is very determined and focused like a hawk and his films are very soulful and humanist. On the sets, Majid Sir wanted us to be organic, not do preparations while Shashank wants his performers to be fully prepared to deliver bang on. Shashank Sir is very volatile, young and full of life and energetic and has his own method. Shashank Sir is very self assured and sees to it that he makes the atmosphere on the sets good and conducive. He is positive even during the most stressful periods.

When did you know that you were being considered for Dhadak?

Shashank once asked me to go with him to see the Marathi super hit Sairat and on the way told me that he was planning to adapt the Marathi film in Hindi. After watching the film, I met Shashank a few times. I told my mom also tom watch Sairat. My brother had seen it earlier and was happy that I was working with the right people though mom warned me that it was going to be a big responsibility on my shoulder because I will be compared to Akash Thosar.

How did you prepare for your part in Dhadak?

Shashank had written a vivid script and we started off with a lot of readings. He actually wanted me to read all the characters and memorize their dialogues. Both Janhvi and I spoke our dialogues with a Marwari accent. We got to travel during the recces to Rajasthan with Shashank thrice. We spent time there interacting with the locals and picked up their little idiosyncrasies and mannerisms. When I was acting in Beyond The Clouds, I was very skinny but I had to put on a lot of weight for my part in Dhadak. We got the sense of the place by staying in Udaipur. 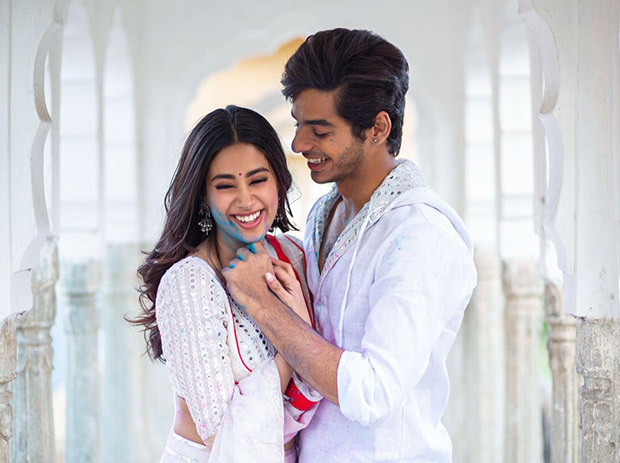 How tough was it for you to play a young father in Dhadak?

There is a time lapse in the film. I had to first get used to holding the kid. It was tough to play a young father but I could pull it off as there was a general graph to my character as a young father.

How many times did you see Sairaat?

Janhvi and I saw Sairaat twice but Shashank specifically told us that we should stop watching it after we had started shooting because he did not want us to be influenced by what Akash Thosar and Rinku Rajguru did.

Do you remember any memorable experience while on the recce with Janhvi and others?

Janhvi and I had gone to the recce with Shridhar and Ankit who play our friends in the film. One day at 5.30 am, I barged into their rooms and jumped on their beds and made them get dressed and come out to explore the lake, gullies. We met some palm readers one by one and roamed around in rickshaws. While no one recognized Janhi, me or Ankit, everyone, thronged to Shridhar for his autographs since he was popular after acting in Tarak Mehta Ka Oolta Chasma.

What is your approach to acting?

I definitely believe in putting in a lot of work and thought in my characters. You tend to make a lot of discoveries when you start acting. I feel that it is a great virtue to work hard because hard work will always pay you back.

What did you learn from your mother Neelima Azeem and dad Rajesh Khattar?

I think I have shared a lot more with my mom, who gave me references to all films and taught me about Cinema. As a kathak dancer, she is very uninhibited, volatile, strong and I have learnt a lot of intricacies from her. My dad understands a lot of industrial aspects than I do as he is a veteran actor who has a very incredible voice. 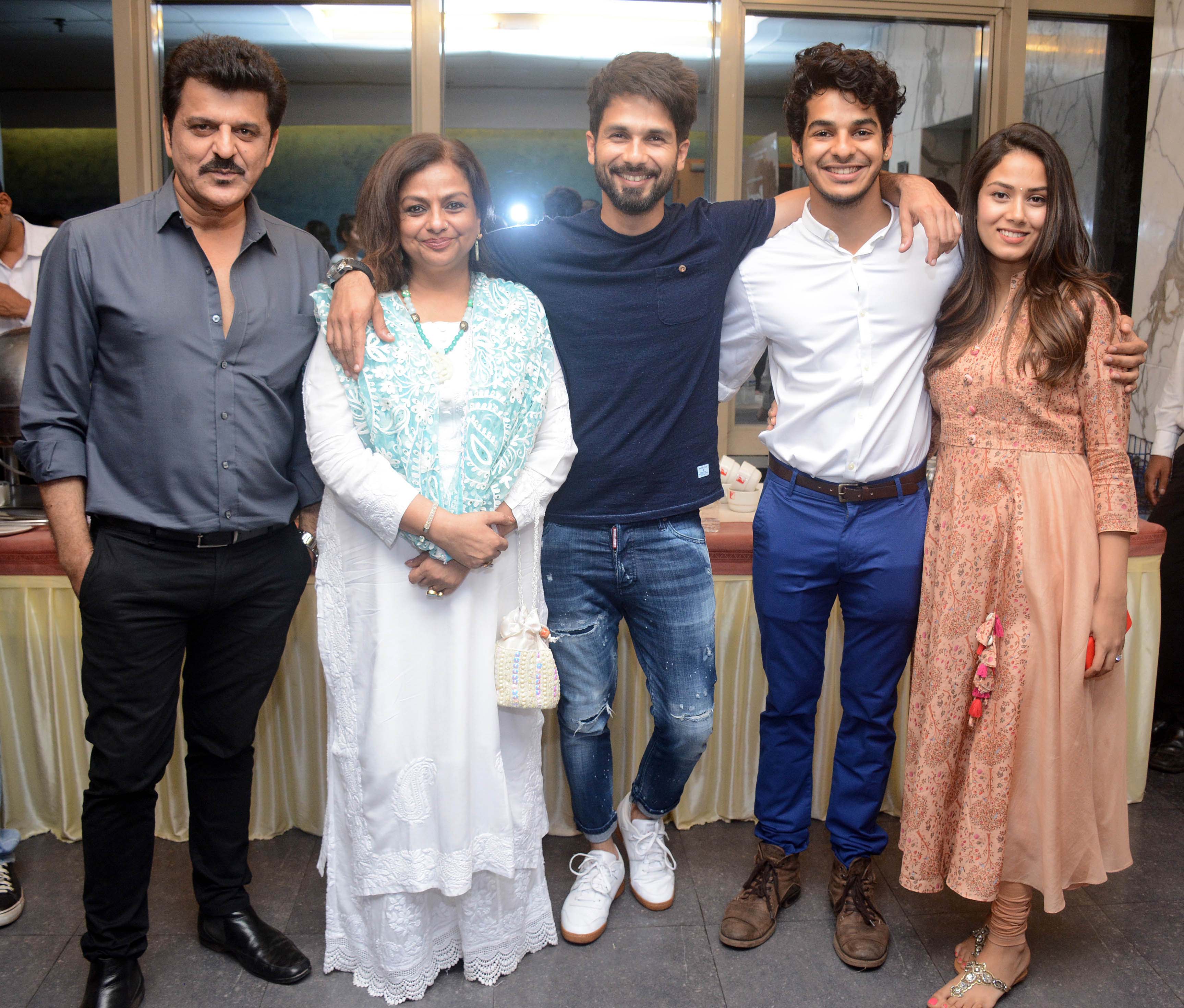 What did Shahid Kapoor teach you?

My brother has taught me that I should always be honest and speak from inside and not let pretence come in the way when I deal with people. He is the first face I remember as a baby. He has always taught me by examples. He has advised me to be disciplined and always keeps me in check as an actor by talking to me about his on experiences. The best thing about him is that he does not want to make me do anything but just share with me.

Lastly, can you honestly say whether you are a better actor or a dancer?

Honestly, I just cannot at all say whether I am a better actor or for that matter a good dancer.