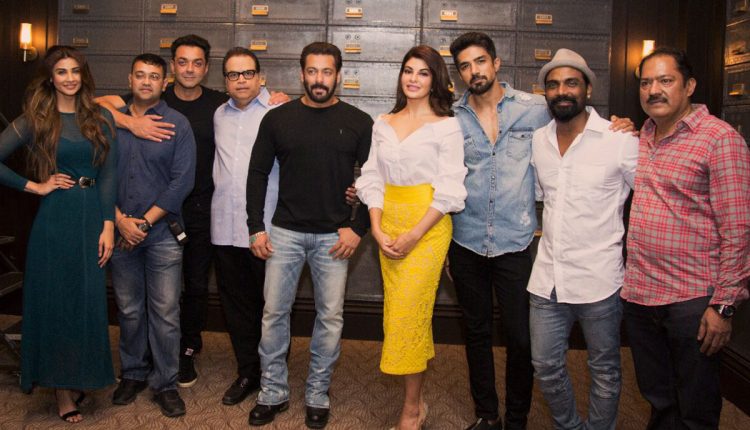 Salman Khan starrer Race 3 has been the talk of the town ever since the movie has been announced. The movie stars Jacqueline, Daisy Shah, Anil Kapoor, Bobby Deol and Saqib Saleem.

The movie went on floors in November and the team also shot for their first song Allah Duhai Hai but now the film has finally wrapped the first schedule of the movie in Mumbai last night.

Director Remo D’souza took Twitter to announce about the wrap of the first schedule of the movie and shared the look of Salman Khan and Jacqueline from the movie. The caption of the image said, ” It’s a wrap #mumbaischedule. #race3. #racetofinish.”

Here is the look: