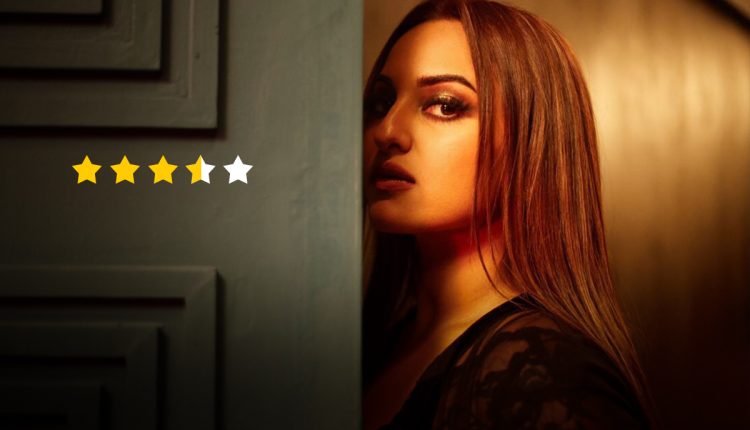 2017 has been the year of comedies with films like Judwaa 2 and Golmaal Again striking gold at the box-office. This week’s big Bollywood release Ittefaq is anything but that and thank god for that! The directorial debut of Abhay Chopra (late BR Chopra’s grandson), which stars Sidharth Malhotra, Sonakshi Sinha and Akshaye Khanna in lead roles has come across as just the whiff of fresh air that Bollywood needed.

An official remake of Yash Chopra’s 1969 film of the same name starring Rajesh Khanna, Nanda and Madan Puri, Ittefaq is a thriller which revolves around two eye-witnesses who are also the prime suspects in a double murder case. Akshaye Khanna plays Dev, the investigating officer in the complex case with the eye-witnesses Vikram and Maya narrating entirely different versions of the murders, thereby making the investigation even more difficult. The film rolls off with a car chase involving Sidharth Malhotra on a rainy Mumbai night and on the same night, a terrified Maya runs out on the road and in her house, right next to a shattered glass table, lies a dead body. So, right from the word go, you get a sense of how the next one hour and forty-five minutes will play out.

Sidharth as Vikram is decent enough, especially considering how disastrous his last outing A Gentleman was. On the other hand, Sonakshi plays her part really well, having you intrigued at every moment with the twists and turns her character has. However, if there’s one person who hits the nail on the head, it has to be Akshaye Khanna. Just one word for his performance—FLAWLESS. Kudos to Mukesh Chhabra for not just a great job with the lead characters but also the supporting cast which lives up to the expectations.

Debutant director Abhay Chopra is a rare find and in his first film itself exudes unparalleled confidence in his craft. He seems like a master of this genre and will keep you hooked to the edge of your seat throughout the film’s run time. The cinematography by Michal Luka is on point while the background score plays out perfectly with the mood of the film. Nitin Baid’s editing is crisp and leaves no dull moment in the film.

The best thing about Ittefaq is it’s runtime of 147 minutes. The film doesn’t stretch unnecessarily even for a moment. Even the lighter moments in the film are fun to watch. Full marks to the strategy of not promoting the film at all! It really takes some serious guts to do that in 2017 and this act only shows the kind of confidence Chopra and team had in their product.

To sum things up, Ittefaq should be on your watch-list if you are looking for something interesting over this weekend. Also, don’t worry if you’ve already seen the 1969 film because this one is quite different and we bet you won’t be disappointed. Watch Ittefaq for power-packed performances, solid direction and an interesting screenplay that comes to life through a gripping narrative style.

WOW! THIS TV HOTTIE TO STAR IN EKTA KAPOOR’S NEXT

GEAR UP FANS! DEEPIKA AND BHANSALI TO REUNITE FOR ANOTHER FILM