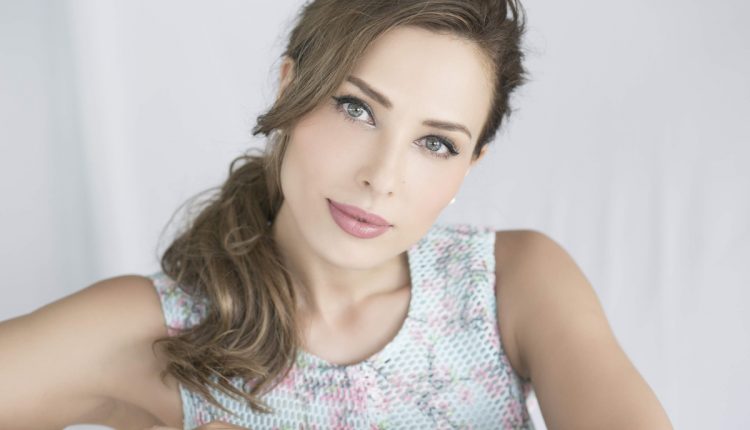 By Team Bollyy Last updated Sep 13, 2018
0 616
Share
Studio 5 Elements is on a roll with an exciting line up of films starting with Radhu Tu Kyu Gori Main Kyu Kaala , directed by Prem R Soni.
Official sources now confirm that Iulia Vantur has been roped in as the female lead in the ambitious project . The Romanian star is rumoured to be playing the role of a Krishna disciple in the film that will soon go on floors in Mathura.
Director Prem R Soni and the crew will be leaving for the recee of the film next week and the actress will accompany him to start prepping for her role.
While there was a lot of speculation surrounding the lead of the film , producer Prernaa Arora of Studio 5 Elements finally confirms , ” We are happy to have Iulia Vântur on board  Radhu Tu Kyu Gori Main Kyu Kaala . The film will soon go on floors and the rest of the casting is underway.”
The Director confirmed the news on the debut of Iulia Vantur with Radha Kyon Gori Main Kyon Kaala, he stated that Iulia is a perfect cast for his film as she plays a Polish National and a childhood Krishna Bhakt whose dream is to visit Mathura. Prem further stated that he is glad to associate with Prerna Arora as she is known to back content driven films that carry a social message. Studio 5 Elements instantly came on board and backed the film as they are keen to make films that have a beautiful message along with entertainment.