She did not come like a strike of lighting

She did not have the face of the moon, nor its light 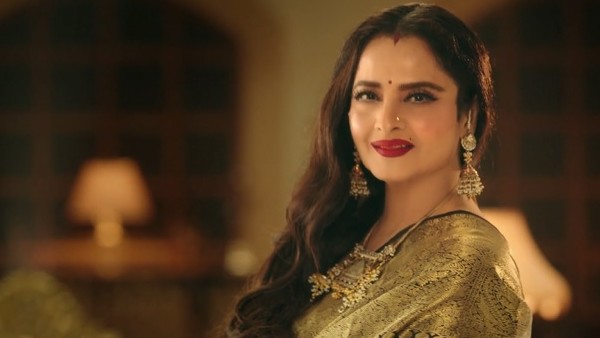 She said she was fifteen, but the flesh-hungry and money-thirsty industry refused to believe her, but who cares, they said and gave her a break with Biswajeet as her Hero.

Little did Bhanurekha or anyone know that Biswajeet had ulterior motives and he proved it when he kissed her on her lips and did not stopped even while the director and the unit kept shouting “cut”. 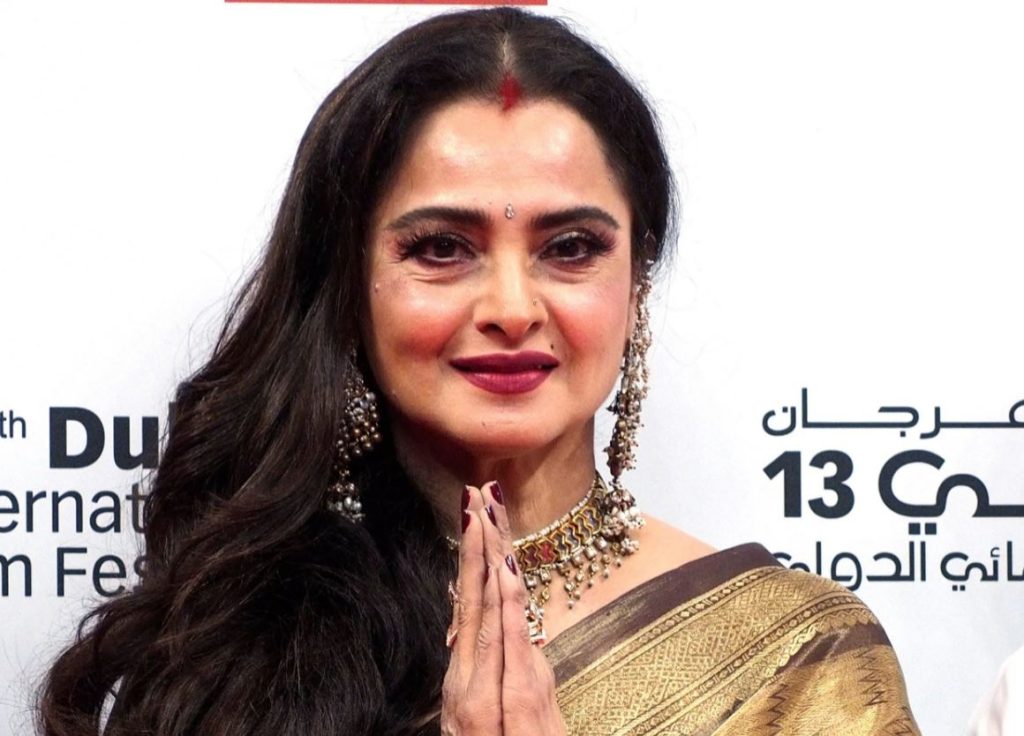 Rekha (that was the name she took for her career in Bombay).

Luck smiled on the “ugly duckling” when she teamed up with Navin Nischol in “Sawan Bhadon” directed by Mohan Sehgal, the man who had refused to even see Amitabh Bachchan when he was looking for work and the film was a super hit and all credit went to the “sexy belle from the south”.

When there was no looking back for her, she signed any and every film that came her way and was accepted as a star.

There was big time success on one hand and big time affairs with heroes like Kiran Kumar, Vinod Mehra and above all the biggest of them all, the man who was going to change her life and who she called “my god” or just “him”, earlier she had worked in countless films with Jitendra who she called “My god in white dancing shoes”, but with the coming of the “god” in her life every other man had to make way.

However, tragedy had to also find a place in her life, in a flash of a moment, she married a young business man, Mukesh Agarwal who strangely committed suicide on the third day after their marriage and she flew down to Udaipur where lakhs of people were waiting to see her in action as a ruthless police officer and it was also the first time I had a four-day long interview on her request and when I wrote what she said, she said, “What are you doing in this dirty profession? You should sit by the sea near my house and write poetry?” We have been the best of friends ever since.

My only complain about those who took decisions about her roles was that she was offered very few roles that she deserved, it is a shame to remember that Rekha only acted in a few memorable roles like the films of Hrishikesh Mukherjee, Gulzar, Muzaffar Ali and Basu Bhattacharya in who last film “Aastha” she did a love making scene with Om Puri with the camera focusing on her body movements.

And who can forget her role as the queen who only wore real gold in Shashi Kapoor’s “Utsav” for which she deservingly won her only National Award.

The years that followed kept her in the news because of her following the Jane Fonda School of Aerobics and Yoga, she grew her own vegetables in her garden and even all herbs which she used to form her make up as she did not believe in artificial makeup.

No man are allowed into her bungalow at Band Stand where Shah Rukh Khan and other stars have their homes, she doesn’t even allow her security guards to walk inside her house leading to all kinds of speculations, some say that the Big One still visits her, but it is very difficult to imagine, but she makes sure that wherever they are invited, she is given a seat in the same row or the row behind him, what this proves is again in the realms of men and women with wild imaginations. 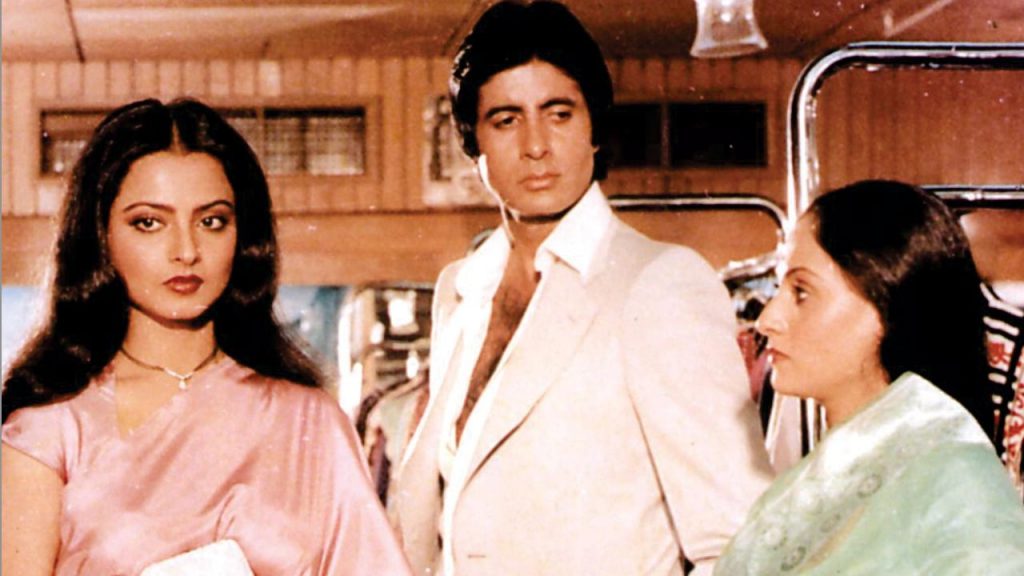 She may be 64, but she can give a massive complex to any of the new heroines who are less than half her age.

These nights (she hardly comes out her house during day), she quietly walks into some select parties, always dressed in a dazzling white saree and dark glasses, another mystery that is waiting to be solved. 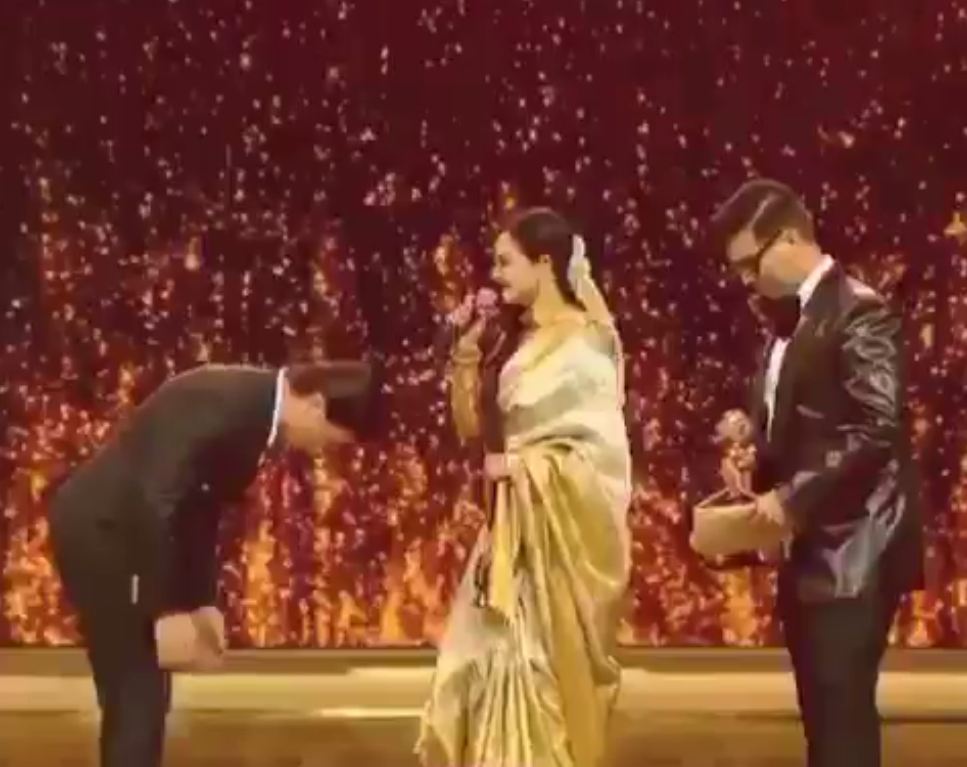 Is she mourning the rough life she was forced to live?

Or is she celebrating love behind those dark glasses, the kind of love that can never die? 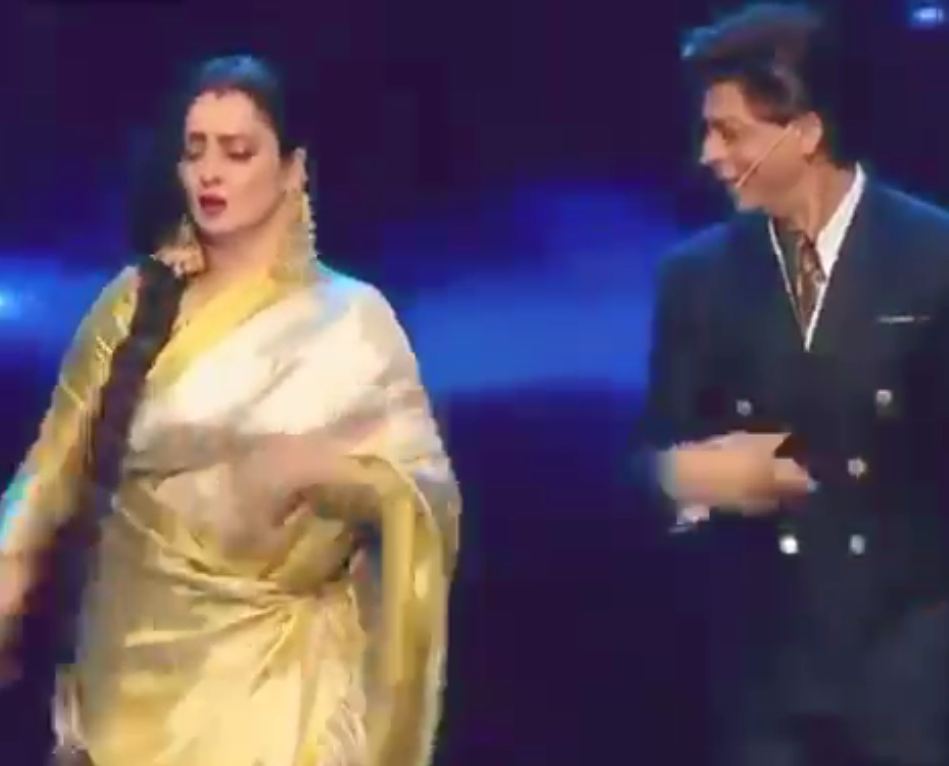