In the early 70s Ramesh Sippy had created a casting coup when he brought together a galaxy of stars like Dharmendra , Amitabh Bachchan , Hema Malini , Sanjeev Kumar , Jaya Bhaduri and had introduced a new actor called Amjad Khan , besides casting several well-known character actors in his film “Sholay” . All the stars became superstars after the grand success of the film and some of them even gained cult status …. Ali Peter John 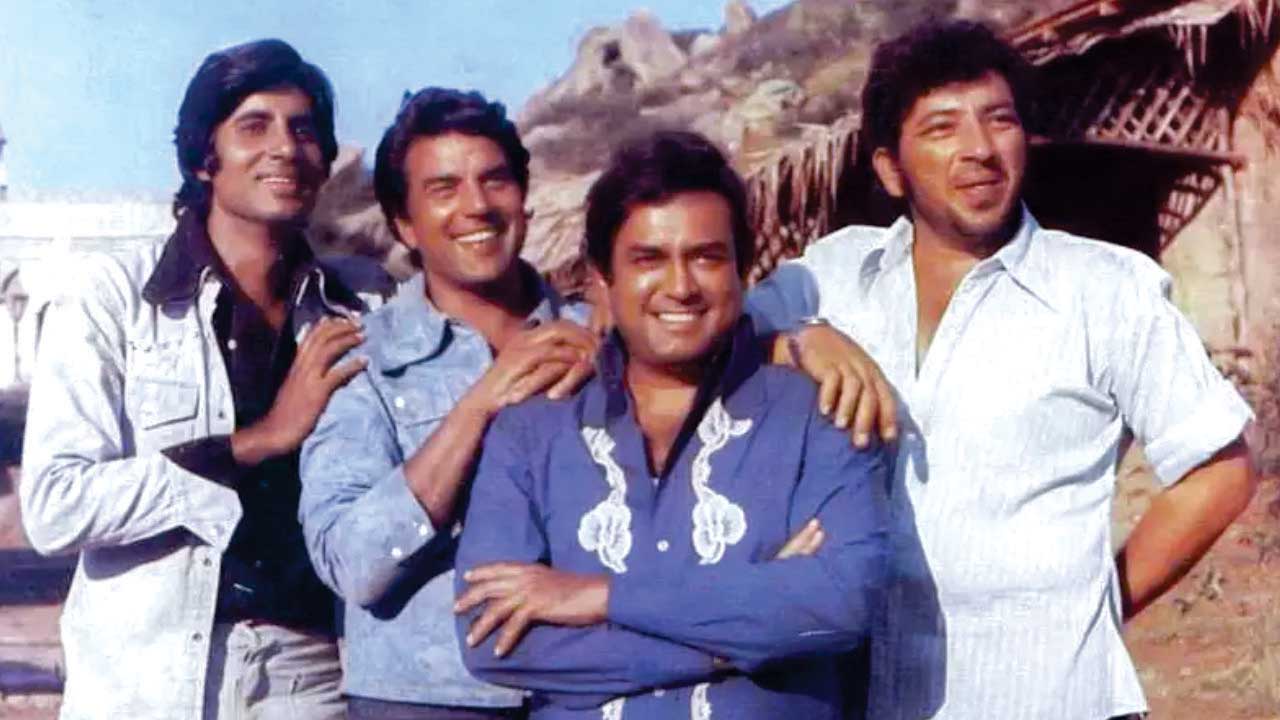 The years passed and some stars like Sanjeev Kumar and Amjad Khan died premature deaths , the actresses Hema Malini and Jaya Bhaduri joined the bandwagon of the politicians , the character actors either died or went into old age problems , music director R D Burman and lyricist Anand Bakshi also died and so did most of the technicians .

Salim and Javed split and Ramesh Sippy himself is living a semi retired life at the age of eighty . And an entire generation of the admirers of the film have also passed into eternity .

But if the combine forces of God , time and destiny have been kind to anyone from the unit of the film , it is the evergreen team of Jai and Veeru also known as Amitabh Bachchan and Dharmendra ….. 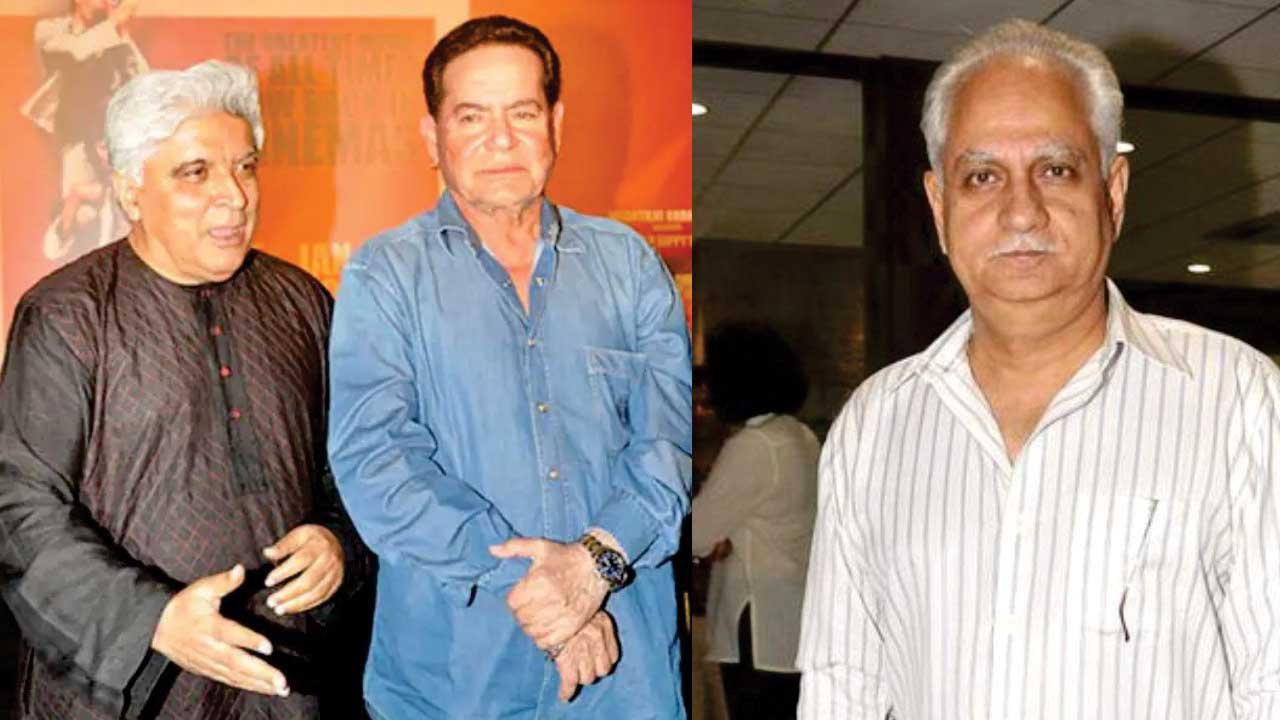 Soon after Sholay Dharam and Amitabh were cast by Hrishikesh Mukherjee in Chhupke Chhupke and that was the last time they were seen together . If I have made any mistake , I am not going to be uneasy if they can prick holes into my house of information . Fifty years is too long a time to remember each and every thing that has happened in all these fifty years …..

We have entered 2022 which can be better known as the year of the double attack of Covid and Omicron . But what I find very interesting , exciting and encouraging is the fact that Jay ( Amitabh ) and Veeru ( Dharmendra ) are still as active as ever and very much on the move ,

It is 2022 and Amitabh will be eighty in October and in spite of one major accident , several other accidents and ailments including Covid , he is the busiest actor today . He has more films than any of the other male stars . He is busy with films like “Jhund” AB CD , a film each for Ajay Devgn’s company and for Ekta Kapoor and he has just completed Brahmastra after almost four years and which will now be released in September 2022 and besides all the films , he is consistently busy with Kaun Banega Crorepati .

When I asked one of his very senior staffers why his boss is working so much at this age , the staffer said , “Sahab kaam nahi karega toh marjayaaga ” 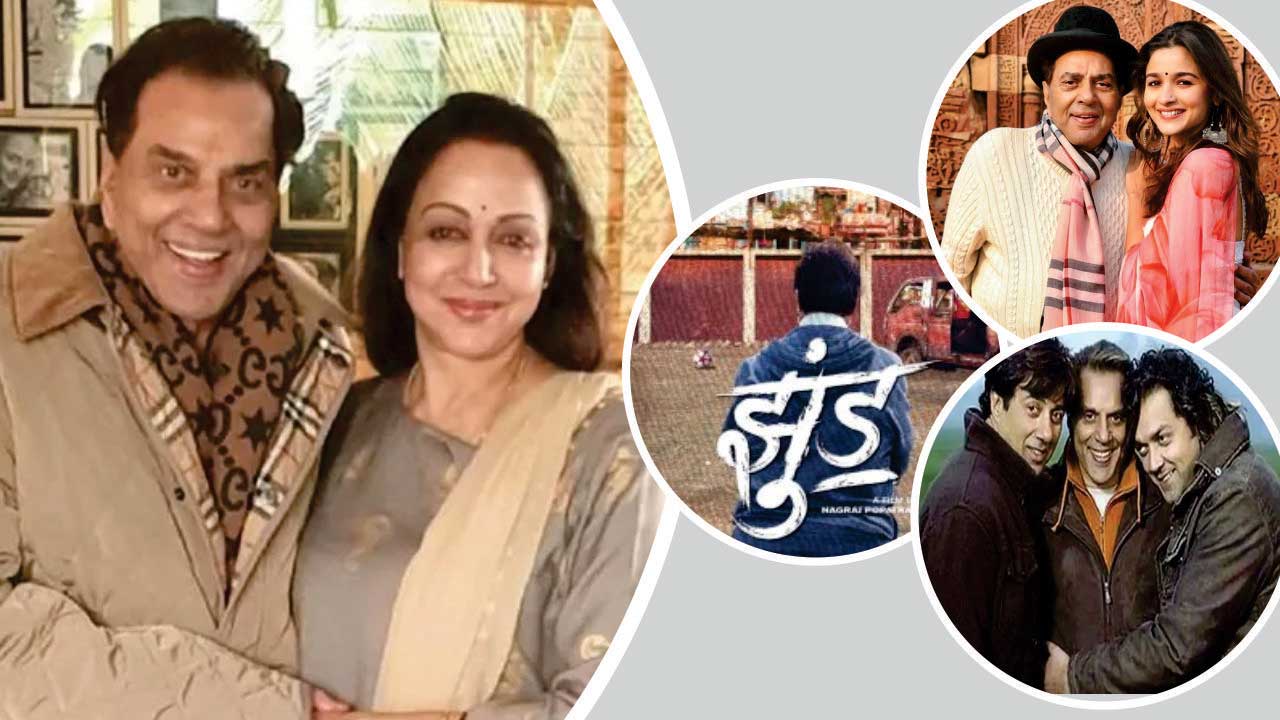 Dharmendra celebrated his 86th birthday in December 8 and on his birthday he was making preparations to start shooting for Karan Johar’s Rocky Aur Rani Ki Prem Kahani in which he has Ranveer Singh and Alia Bhatt as his co – stars and my learned friend tells me that Shabana Azmi is also in the film. I only know that Dharmendra and Shabana were cast by Sai Paranjpye in ” Bicchoo ” which was to be produced by Basu Bhattacharya but did not go beyond the launching stage ..

Dharmendra is also to start shooting for his home production , Apne 2 in which he is cast with Sunny Deol and Bobby and Sunny’s son Karan Deol and the film is to be directed by a Deol favourite , Anil Sharma .

And besides the films Dharmendra is doing , he is extremely busy with his farm , his cattle , the hundreds of trees on his farm and the onions , potatoes he is growing .

At eighty six , he has even gone on a trek in Himachal Pradesh and above all he is busy writing some very good poetry in Urdu , which I hope he will publish at least on his 87th birthday , December 8, 2022.

Republic Day Feature: Celebs on the significance of the occasion and if the day has merely become a holiday now