The ambitious Jai Bheem Short Video App finally met a conclusive beginning with a successful spectacular launch yesterday. The launch was done by none other than the Padma Shri and National award-winning actor Manoj Bajpayee in a grandiose event organised by the Jai Bheem CEO Girish Wankhede, on 26th January, Republic day of India – Jyothi Venkatesh 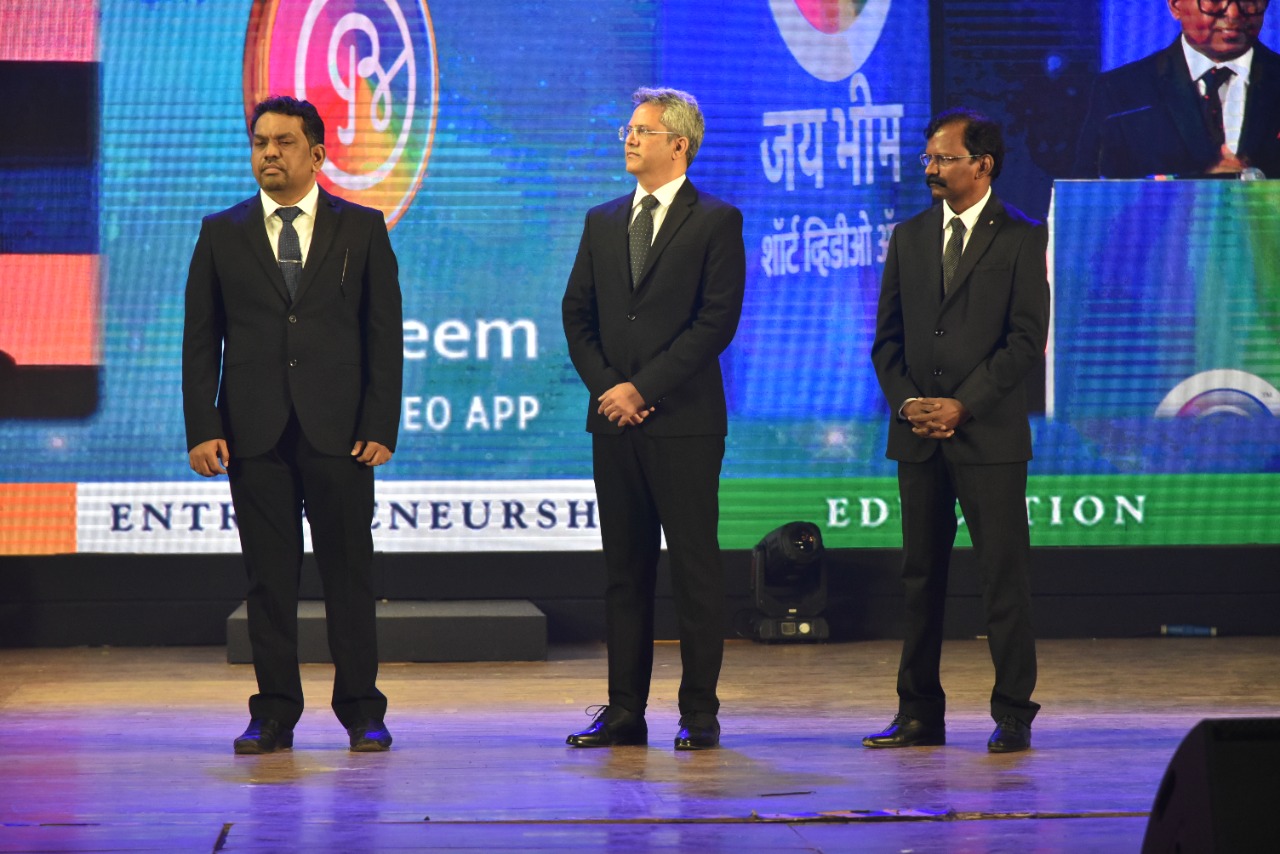 Jai Bheem App is a short video app where creators can share their content and even learn from others. It’s like a platform aimed at the masses that still remain bereft of a chance to prove themselves. With Jai Bheem App, which is made in India, the wait is finally over as it got launched by Manoj Bajpayee.

At the launch, Manoj Bajpayee said, “It’s a privilege and honour to be a part of such a monumental moment. The app is going to be a boon for our talents; especially one’s belonging to small towns and cities acting is the sole bread and butter in the industry and we all know there are so many talents who are still suffering because of lack of the opportunities.

I believe the Jai Bheem app is going to take care of it. Short video contents are the talk of town everywhere and with Jai Bheem App everyone in our country and abroad as well can participate in it. 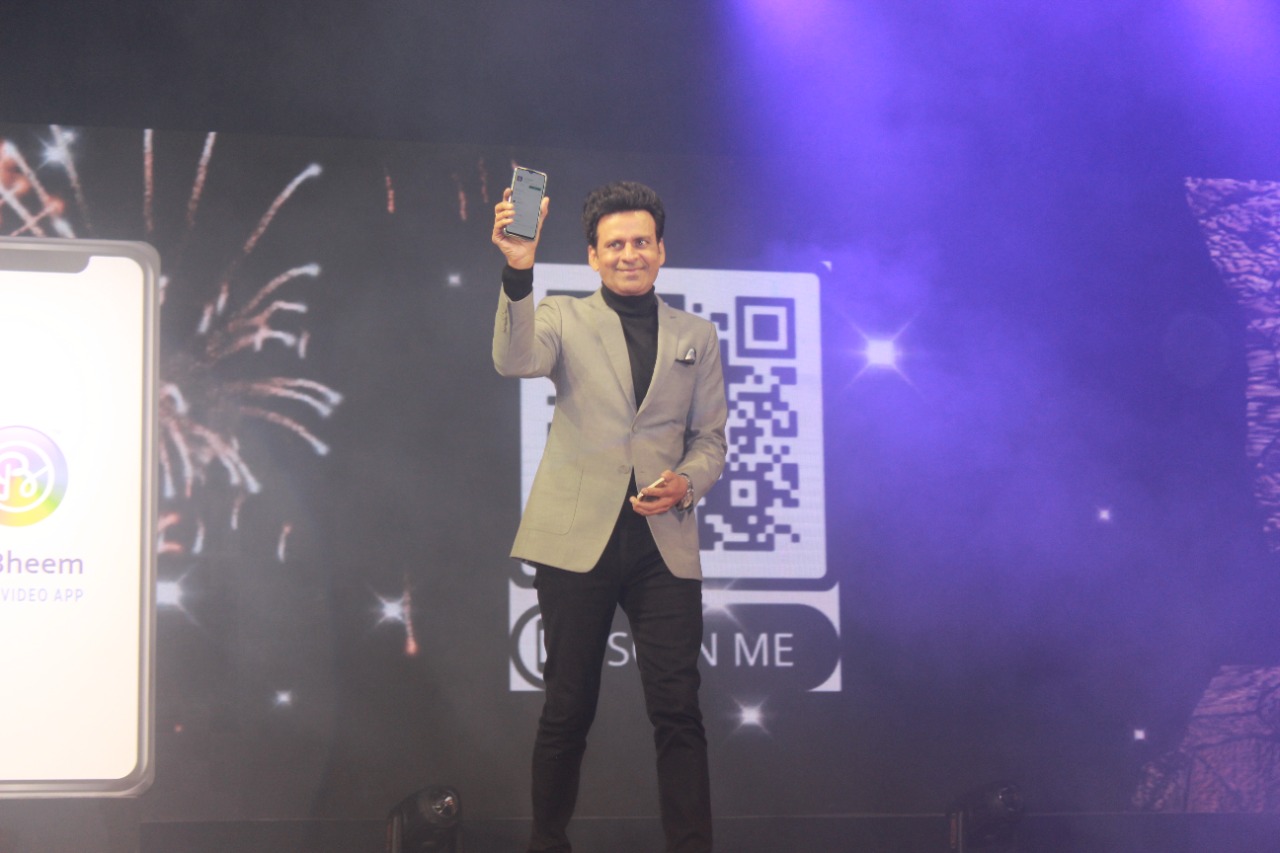 Furthermore, the app will help you in mastering your talent and possibly bring you into the Bollywood industry. So, I suggest people should join the Jai Bheem app and start their entrepreneurial journey soon. I wish everyone all the best.

Jai Bheem short video app CEO Girish Wankhede shares the idea behind creating the Jai Bheem App. He added, “We are witnessing a lot of foreign apps making money from our country and leaving.

Also, a major grievance I heard from many industry experts was that local content creators were held back suspiciously from getting viral. It spurred the zeal in me to think what if we have a home grown similar app aimed at helping our local talents with an opportunity to make their marks. 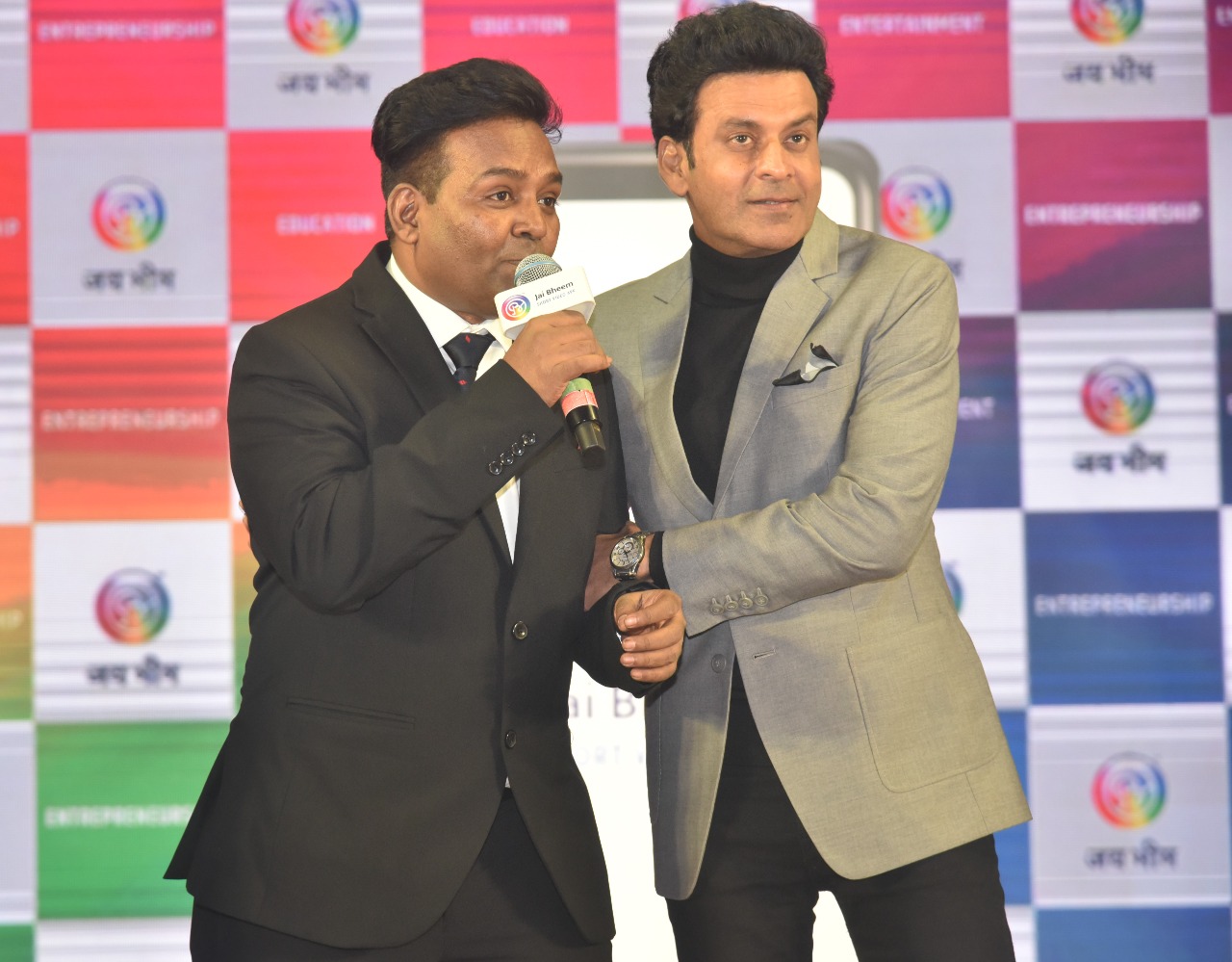 And from there the creation of the Jai Bheem app began. With this app, our youth not only can showcase their talents but also empower themselves into an entrepreneurial journey with our monetization feature. They would be able to UNLEASH their potential.”

“I was fortunate enough to receive immense support from society. Along the way we came up with Jai Bheem as the name. The name Jai Bheem encompasses brotherhood, fraternity, and the freedom of expression that Babasaheb Ambedkar taught us about.

Another reason was a widely conducted survey where we asked for the name suggestion and people around the nation selected Jai Bheem too.” 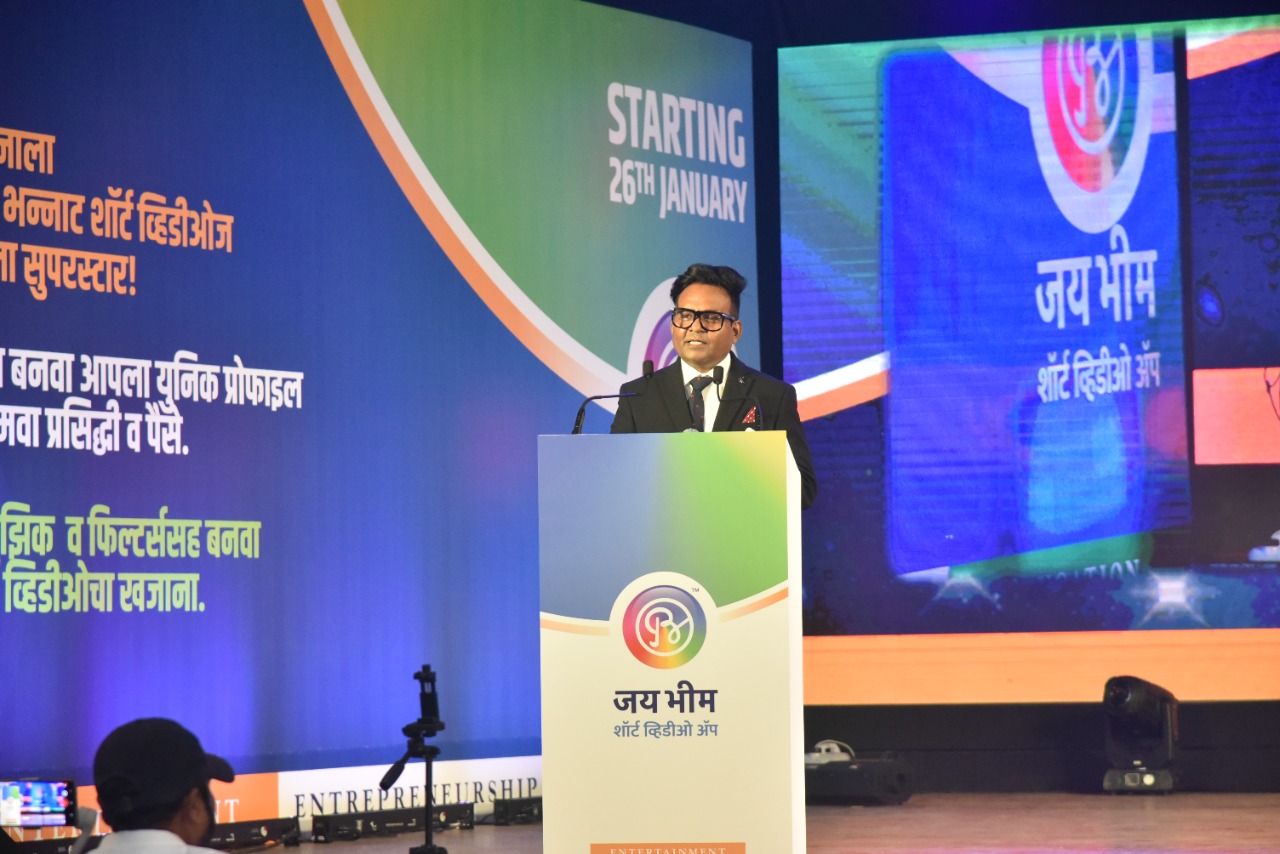 Jai Bheem App is a category breaker app not only in Entertainment but also in Education and Entrepreneurship in the space of short videos that is why the whole idea of getting Manoj Bajpayee and creating a huge setup where we break the wall and launch the app where it comes out on a phone with a QR code and Manoj downloads the app whole Jai Bheem App team is thankful and grateful to Manoj for supporting and showering love on JAI BHEEM APP.

The whole idea is to serve society with the aid of modern technology. We need to speak with the younger generation in their own language. So, the whole idea was developed around the technologies the current generations can relate too.

On a closing note with a massive smile around his face Girish Wankhede concluded by saying The industry looks happy, I’m happy, and I’m sure our people will be happy too. Cheers to a new beginning. 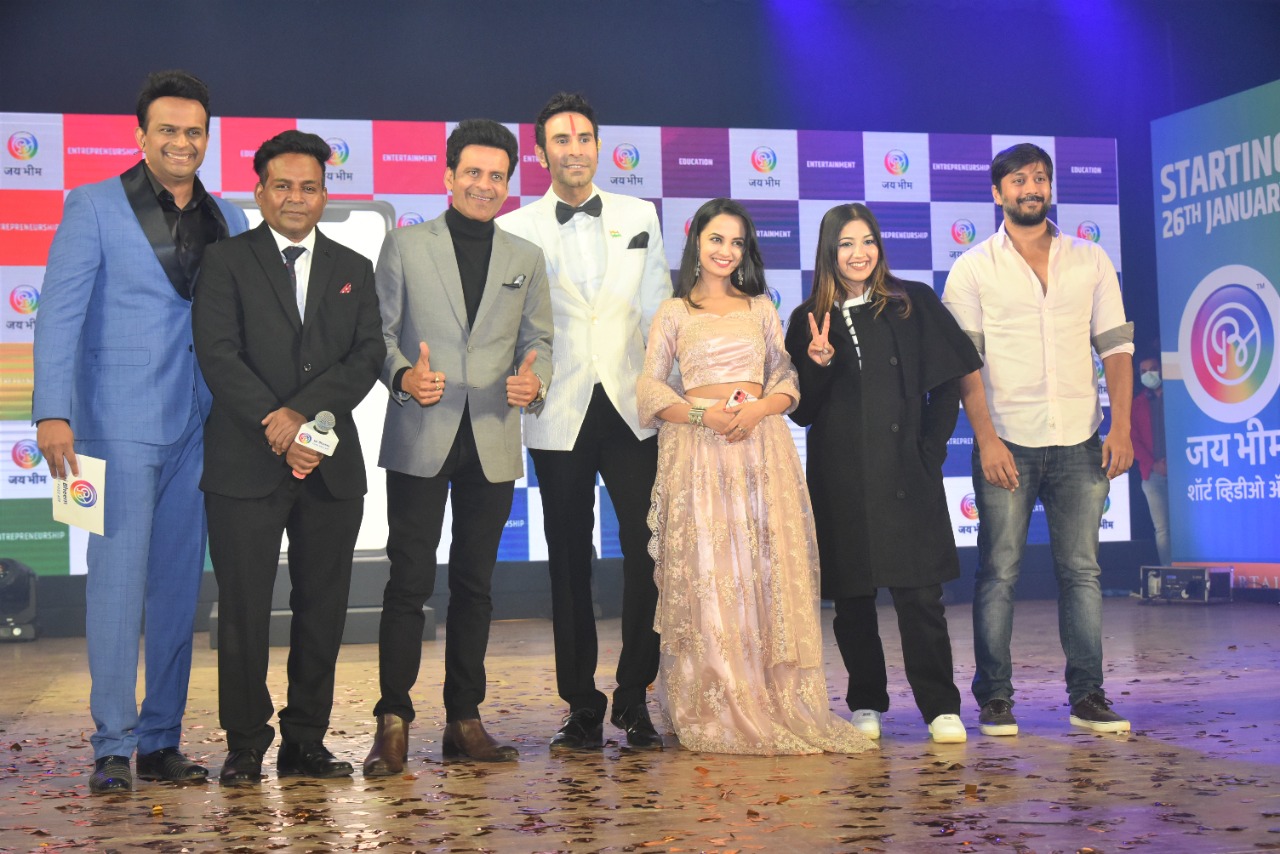 Ginni Mahi was the star performer of the launch, who sang Punjabi songs praising the Unity of India through Our Constitution.Kannada Actor Chetan Ahimsa was very happy at the launch and said that Jai Bheem app would bring in the equality and equal opportunities for the youths of the nation.

One of the Bureaucrats Dr Kamble expressed his happiness and also desired that it lives up to the name of Jai Bheem and its ideals.The event was full of galore and limelight as many popular industry personas notably, Lalit Pandit, Chetan Ahimsa, Actor Singer Ketki Mategoankar, Sensational Singer from Punjab Ginni Mahi, Choreographer Sandeep Soparkar, Nitin Raikwar, amongst others graced the launch and took part in post-event celebrations of Republic day of India.

The launch was specially attended by many social media influencers who have millions of followers. They were jubilant and were happy that the Jai Bheem app would give them a chance to UNLEASH THEMSELVES.