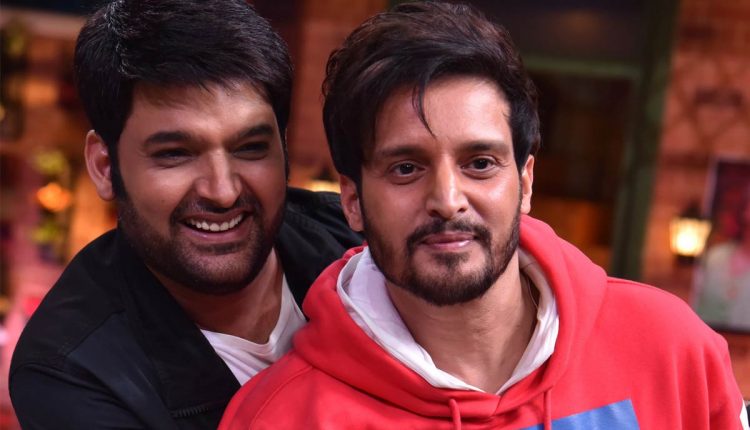 The upcoming episode of Sony Entertainment Television’s The Kapil Sharma Show promises to be a fun and entertaining watch for the viewers who will see Bollywood’s ace actor Jimmy Shergill make an appearance with actors Mahie Gill and Saurabh Shukla. The actors will be seen on the popular comedy show promoting their upcoming movie, ‘Family of Thakurganj.’ While having interactions around their filmy journey and experiences from their time in the industry, Jimmy revealed a very cute memory that he cherishes from his time interacting with Gulzar Sahab who acknowledged his performance in the classic 1996 movie ‘Maachis’.

In conversation with Kapil Sharma, Jimmy Shergill shared that, while working on Maachis, the director of the movie Gulzar Sahab gave him an Orange candy toffee to acknowledge his exceptional acting skills in a particular shot. The actor said, “Gulzar Sahab gave me two toffees for my performance in a shot. I was new in the industry and very young and, someone as legendary as Gulzar Sahab giving me something as little as an orange candy was also a big deal for me.” The actor was awed by this. Jimmy added, “The toffee was so special for me that I taught how I can eat it.”

The actor felt like the little orange candy toffee was a notable part of his career because it was given by the legendary Gulzar Sahab for Jimmy’s performance and the actor kept the toffee with him to save the unique memory from his career. The family of Thakurganj actor felt very glad while sharing the distinctive memory from his life.Further in the show, Jimmy’s co-star Mahie Gill shared the story of how she landed her debut role in DevD. With the cast having a gala time and sharing their amazing stories from their careers the episode looked like something viewers should look forward to.

I STRONGLY SUPPORT THE DECISION OF BAN ON TIK TOK, SAYS HIMANSH KOHLI