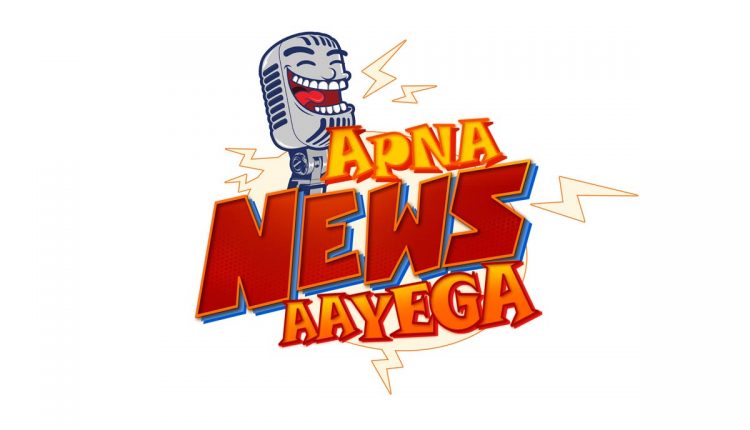 Today, newspapers are filled with one bad news after another and news-readers sound more like they’re reading doomsday predictions rather than news! Sony SAB’s latest offering ‘Apna News Aayega’ is a show that delivers news with a fun twist – a blend that adds a touch of humor to happenings across the world. With a satirical bang on current affairs and relevance to the topics, the audience will relate to it almost instantly. While the show will appear in 2 minute segments through the day on weekends, it will leave the audience with a bite of reality while laughing to their heart’s content.

So, here’s a look at some news headline we wish were actually true:

Finally! It’s now in the hands of our Indian Cricket team, to get back the precious Kohinoor.  Let’s Bleed Blue and get the diamond back. Indiaaaa.. Indiaa..

The day that you have been waiting for is finally here. Mark your calendars for the most awaited wedding of Bollywood ever. Finally, ‘Bhai ki shaadi ho rahi hai’!

NASA has revealed a report relieving everyone of the threat that ‘Global – Warming’ worldwide catastrophe was. It states that global warming is no longer a threat to the world. Welcome to a safer, greener planet.

‘Chote Nawab’, Taimur stars in a never seen before avatar in KJo’s next big project. Catch a glimpse of the young internet sensation as he begins his Bollywood journey this year with ‘KG Student of The Year’

Which of these fake news stories make you wish they were actually true?

To witness such trending topics with a ‘masaaledaar’ twist, tune in to Apna News Aayega every Saturday and Sunday only on Sony SAB.

Sunil Bohra Buys Rights Of Ajith Pillai’s “Off The Record”