Known as the versatile singer with a high pitch voice, Kailash Kher , who is all smiles in front of an audiences consisting of over 1000 people who havecongregated to wish him and hear him and his wards sing made it a point to celebrate his 47th birthday on July 7 with the launch of his ambitious Kailash Kher Academy of Learning Arts – KKALA with a show Nayii Udaan to promote passionate and talented musicians in the presence of Honorable Kiren Rijiju, MoS (I/C) Youth Affairs and Sports and MoS Minority Affairs at the Andrews Auditorium in Bandra in Mumbai. Kailash also adds that he had also initiated his own online portal and is keen that his students sing with their hearts, because as he puts it, ‘there is a big difference between a nadi and a neher”.

Kailash has a panel of judges to unearth the talent. They are besides Kailash himself, also Rekha Bharadwaj, Pandit Hari Prasad Chaurasia and last but not the least Hans Raj Hans. Kailash laments that though there are a lot of music reality shows in various channels these days, real music is not being promoted  because none of the channels focus on non film music and the participants are encouraged only to belt out copies of hit songs sung by other singers and not sing their own songs.

Kailash adds, “Today melody is becoming extinct because all songs sound alike and non film songs are being heard only on you tube and not on radio stations or TV channels and the senior citizens do not hear you tube. We have selected 5 out of 20 students to perform in our concerts all over the country. The last three bands that we had selected were Srikant Sarfire, Sparsh and A.R. Divine. 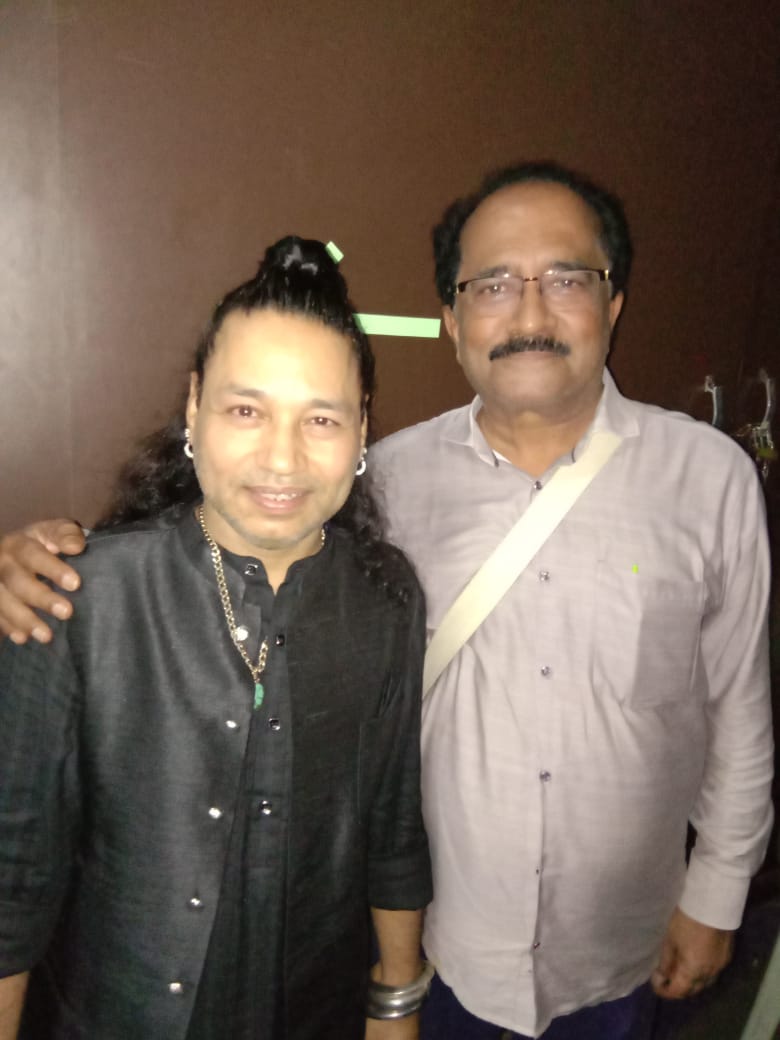 Kailash Kher, who has sung till date in as many as 25 languages, states that he wants to concentrate more on quality and less on quantity and that is precisely the main reason that he has had only two films recently where he had sung- Baahubali as well as Robot 2 adds that it is better to sing two dumdar songs rather than sing 100 inane songs.

“The music reality shows on TV have become essentially T Series or Sa Re Ga Ma or for that matter T Series shows. The channels have the dimaag and brains to exploit not the talent of the talent but the talent themselves by having their shows all over the country and charging them a percentage of what they earn, where at KKALA they will function not with their dimaag but with their dil and discover and unearth new budding singers with a lot of talent. We will find out what the horse power of the kids who participate in the online content and give them a break to sing not only filmi songs but also non filmi songs because though I encourage non filmi songs, I and not averse to or detest filmi songs either.”

Kailash Kher is of the opinion that a singer is nothing, if he is not humble and starts having air and says that one should continue to be down to earth even after attaining extra ordinary success and also know how to behave normally with the people. “One should never ever in life leave their roots. No one can hope to become bigger than his or her elders. If you leave your gravitas, you will only end up reaching nowhere in your search because you will not be able to reach your destination at all.”

“Our Parents Live Within Us And Their Teachings Never Go Away”, Says Shah Rukh Khan On What He Has Learnt From Disney’s The Lion King