Apart from Directing, Karan Johar excels in other fields as well. He is also into producing, screen writing, hosting and acting. But just like every another kid, he also had a dark phase in his childhood. In school days, he used to be bullied by the name ‘Pansy’ but one of her teacher gave him the courage to face the world.

During an upcoming episode of a popular TV show, Karan got emotional after a contestant’s performance of an act on a ‘pansy’ man who loved dancing. He got so touced that made him share his story to the world.

Karan revealed, “The word pansy, which is commonly used for a boy who talks and walks like a girl, was used for me.”

“This performance took me back to my childhood days.”

“I used to dance on girls’ songs and my friends used to make fun of me. Upset about this, I went to an elocution teacher at the age of 13 and she said, ‘Why do you want to change the way talk, you’re just fine’. That’s when I gathered courage to face the world.” 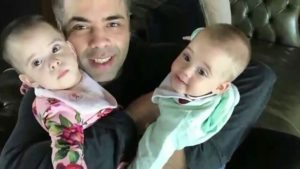 Talking about her work front, his production movies Drive, Raazi, Kesari and Brahmastra is going to be released soon.

Bhopal’s Bharat Boys receive a ‘Hunar Salam’ for their…