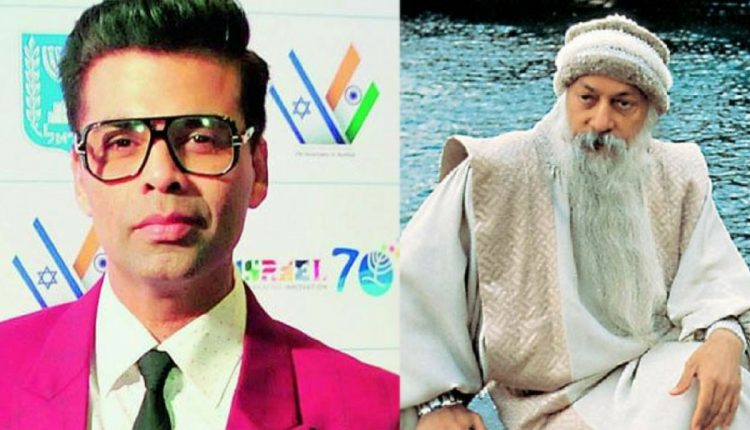 KARAN JOHAR TO PRODUCE A FILM ON OSHO

Karan Johar has never tried his hands earlier on making biopics but it seems that Karan is now planning to do something which he has never done before. Dharma Production will be soon making their biopic debut and Karan Johar will produce the film.

The movie will be all about the controversial figure Acharya Rajneesh, who ruled minds and hearts in the 1970s. He was an Indian spiritual guru, considered as a Godman who traveled throughout India as a public speaker and was a vocal critic of Socialism, Mahatma Gandhi, and Hindu religious orthodoxy. He advocated a more open attitude towards human sexuality, earning him the nickname “sex guru”.

The godman also had a huge impact on Bollywood denizens like Mahesh Bhatt, Parveen Babi, and Vinod Khanna. The biopic will apparently deal with all the controversial areas of Rajneesh’s life and will be directed by Shakun Batra.

Nothing has been decided much about the movie, but according to a source, Ranveer Singh is considered to be a strong contender for the role. Shakun Batra and Karan Johar have earlier worked together in movie Ekk Main Aur Ekk Tu and Kapoor And Sons.