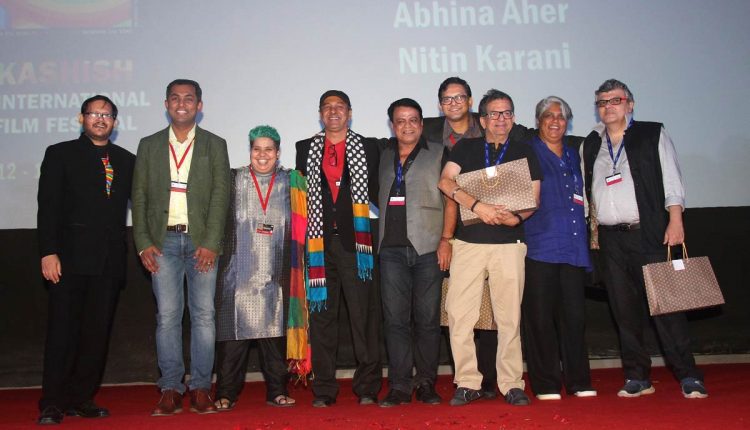 “June is Pride Month around the world, and that’s why KASHISH this year is being held in June, to celebrate its 10th anniversary along with the world. Celebrations are also due as this is the first mainstream LGBTQ film festival in India after reading down of Section 377. The response to the 10 edition has been overwhelming not only by filmmakers and corporates but also a large number of delagates registering to attend the festival from the LGBTQ community as well as mainstream film afficianados. We are truly ‘Over The Rainbow’,” said festival director Sridhar Rangayan.

“I congratulate KASHISH on its 10th anniversary. I am so happy to be part of this year’s celebrations. I am looking forward to attend the film screenings, meeting beautiful friends and like-minded individuals. I hope more and more people support this initiative,” said Rekha Bhardwaj.

The title partner of South Asia’s biggest LGBTQ film festival this year is Keshav Suri Foundation along with The Lalit and It Gets Better India. Skybags and Godrej Industries are Principal Partners, while Morgan Stanley, Consulate General of Canada in Mumbai, Québec Government Office in Mumbai are coming in as an Associate Partners. Two OTT platforms Revery and GoL studios are Associate Partner and Supporting Partner respectively. Whistling Woods International and Consulate General of Sweden in Mumbai are the other Supporting Partners.

“Heartiest congratulations to KASHISH for a fruitful decade long journey. The Lalit and Keshav Suri Foundation are proud to be associated with the KASHISH Film Festival that has stood the test of time in its support of the LGBTQ+ Community, even when homosexuality was considered a ‘crime’ in India, KASHISH continued to promote Queer art and bring their stories into fore. The ethos of the festival is completely in sync with the motto of the Keshav Suri Foundation – to embrace, empower and mainstream the community. This year is doubly special as one of the movies selected for screening – Queen – narrates the journey of the Drag Queens at Kitty Su. At the festival you will also see the short movie Intezaar, which was released on our platform. I wish every queer artist, person, ally and the festival all the very best. Let’s paint the world with rainbow hues, and make it a better India”, said Keshav Suri, Founder, Keshav Suri Foundation and Executive Director, The Lalit Suri Hospitality Group.

“We are proud to associate with the 10th Anniversary edition of the KASHISH Film Festival. At Godrej, we believe in building a diverse and inclusive workforce and ensuring equal rights for our LGBT employees. Cinema is a medium that reflects society’s values and has an important role to play in shaping its beliefs and attitudes. We look forward to strengthening our collaboration with KASHISH to ensure we jointly celebrate individuality and equality at Godrej and beyond.” said Pirojsha Godrej, Executive Chairman, Godrej Properties Limited.

Delegates can register for KASHISH 2019 at: Liberty Carnival Cinemas.

Why Does God Create Duplicates And Create So Much Of Confusion?

Indian Superstar Shah Rukh Khan To Be The Chief Guest Of The 10th Indian Film Festival Of Melbourne!