Kinshuk Vaidya Says His Shoot In Varanasi Was Incredible!

Kinshuk Vaidya, who is part of the show Jaat Na Poocho Prem Ki, recently shot in Varanasi. The actor shot near the Ganga and says that the experience was incredible. “The shoot in Varanasi was amazing but it was hectic due to the unfavorable climatic conditions as the temperature was very high, around 46 degrees and the schedule was almost 10-12 days long. We did shoot near Ganga Ghat and the names of the ghat were Assi Ghat, Gaye Ghat, Meer Ghat. We also attended the Ganga Aarti, and along with the Ganga Ghats, we shot in Ramnagar Fort. Overall, the experience was wonderful as I got to see the Banaras and Ghazipur where the show is actually based. It was a first-hand experience and I also got to meet people of those places.  It was a learning experience for the show as we got to observe them how they behave and got to learn a lot from them,” he says. 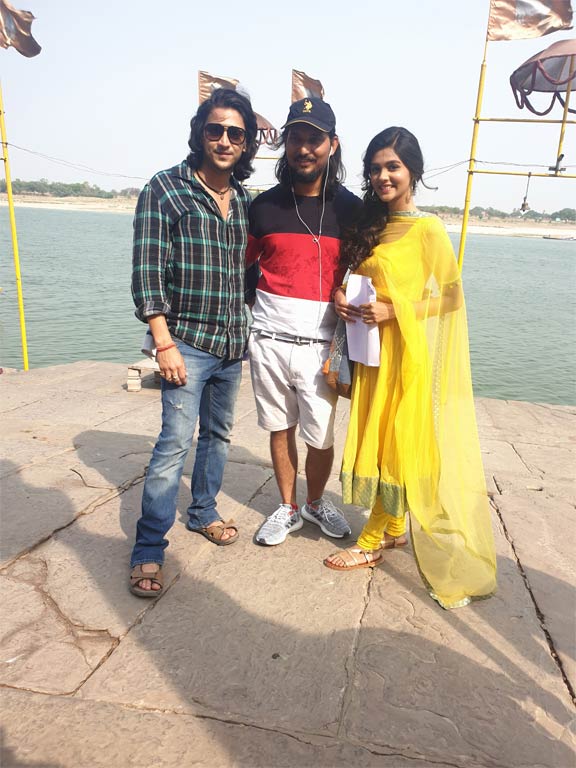 He adds, “I have visited Ganga ghat for the first time in Banaras. I have been to Haridwar when I was very young in my school trip. This trip to Banaras was wonderful and I enjoyed a lot.”Talking about where all they shot, Kinshuk says, “We shot in the small gallies of Banaras, the different Ganga ghats and in Ramnagar Fort. We also shot at DAV school where the entire college sequence is based.”Meanwhile, there are a lot of expectations from the show. Ask him if he is nervous, and Kinshuk says, “Not at all! I am excited because after the promos there are a lot of expectations from the audience, not only from me but from the show as well. I hope that the expectations are met when the show is out and the most important thing I feel is that the audience should enjoy the show, the story of Badal and Suman.”

The show is compared to the film Sairat and the actor doesn’t mind. “I would be compared with the lead of Sairat but somewhere I feel that Badal and Suman in themselves are a little different compared to what Parsha was in Sairat. Badal is quite different as a character but the comparison will always keep on happening and I hope that the audience would be able to meet their expectations from the show and me and we are prepared for it. I hope they love us a lot,” he says.

Why Did Sana Khan Decide To Change Her Name To Sana Makbul Khan?

Dance with Me’ Salman Khan unveils the teaser of the…