People are eagerly waiting for the release of the most awaited movie of the year Race 3. The movie is going to release on 15 june but ever since it’s trailer got released, fans are going gaga over it. Either be it the shirtless scene of Salman and Bobby or Salman taking out enemies with a bazooka, there are many scenes which went viral but talking about the super viral scene of Race 3, there was someone else who gave tough competition to Salman Khan and that was Daisy shah. 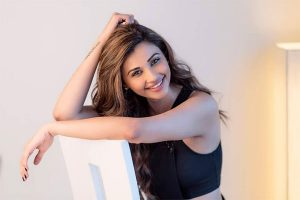 The latest talk of the town “Our business is our business. None of your business” is the super viral dialogue from the movie and we must be thinking that it is Shiraz Ahmed and Kiran Kotrial’s mind behind that dialogue but you will be amazed to know the real man behind it. 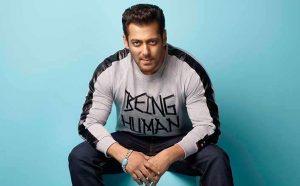 It’s not the writers of the movie, but Salman Khan who is the man behind this viral dialogue. Apart from acting, Salman is also into creative thinking. He wrote the song Selfish for the movie. According to the latest buzz, it was informed that Daisy was giving her take for that particular scene and the original dialogue was something else. But Salman, who was also in that very scene did not think it was landing perfectly so he changed the dialogue with a stronger punch and that’s how the nation got this dialogue.

The famous dialogue of the movie is so popular now that apart from celebrities it was also used by the companies to endorse their product. Recently, Mumbai Police used it as well on their Twitter for a social awareness post.

Shah Rukh Khan Uses His Wits To Reply a Netizen

Ayushmann Khurrana, Vaani Kapoor, and director Abhishek Kapoor have a fun day out at…