Lekh Tandon who was once an assistant to Raj Kapoor went on to make some of the biggest films, starting with films like “Andolan”and“Jahaan Pyar Mile”and rising to make “Amrapali”, “Professor”,“Prince”,“Jhuk Gaya Aasmaan”,“Agar Tum Na Hote”and“Dulhan Wohi Jo Piya Mann Bhaaye”and serials like “Dil Dariyan”in which he introduced Shah Rukh Khan as an actor and “Bikhari Aas Nikhri Preet”still had some films to make and one of them was on the subject of “Triple Talaaq”.

He did not have to look far to find a producer. His most ardent fan, Trinetra Bajpai decided to produce the film. Lekh was in his eighties when he started shooting for the film and it was an experience to see him work with the same dedication, sometimes working several hours a day under all climates and circumstances. The director who had worked with some of the biggest stars decided to have all the actors who had worked with him from time to time in films and serials. He had his favourite music directors in Shanker-Jaikishan, but he couldn’t have them in his new film on“Triple Talaaq”called“Phir Ussi Mod Par”and took a decision within minutes to have his producer, Trinetra Bajpai, one of the best known chemical engineers in the world to score the music and was very happy to see his disciple give the film just the kind of music it needed. Lekh completed the film putting all his energy, enthusiasm and excitement of making films to use and was all set to work on the post production, but age and ill-health did not spare him too and he finally succumbed to a serious ailment with his film on his mind all the time and till the very end of his time…..

He however had literally trained Bajpai in directing films and looking after the post production and the disciple took his responsibility very seriously and has done everything possible to make the film look like a film made by Lekh Tandon and the disciple has all the reasons to be happy with what he has done as his tribute to his ‘guru’who he had taken a liking for when he was only eleven years old and never gave up his love and respect for his ‘guru’even though he had reached new heights of success in his career and had crossed the seven seas as they say.

Bajpai has left no stone unturned to give his best to Lekh Tandon’s dream. He took “Phir Ussi Mod Par” to the Berlin Film Festival, where it won recognition from film critics and film experts from different parts of the world. He got the film entered at the Bhubaneshwar International Film Festival where Bajpai, a first time music composer recieved the award for the best music director. He had a trailer launch and a press conference at The Meridien in New Delhi which brought the film into the limelight with a large audience of the media and some of his VIP friends.

But the one big function to promote “Phir Ussi Mod Par”he had was on March 5 at The Club which saw a packed house of the media, some politicians and most importantly a group of Muslim women who were led by Dr Noorjahaan who has been an active social activist fighting against ‘Triple Talaaq’. There were women in the group who had recently been victims of ‘Triple Talaaq’by different kinds of social media and those who still firmly believe in the practice of ‘Triple Talaaq’. The audience was shown the trailer of the film with an on screen commentary on the various aspects of the film. Bajpai who has always been spot-in whatever he does spoke with the authority about the film for which he deserves more than just plaudits and the thunderous applause he recieved at the function. There was also a commentary by the veteran radio personality, Mr Ameen Sayani who is in his eighties and not in very good health but has the power and the magic in his voice which was what was fifty years ago when he had made the radio programme of songs,“Binaca Geet Mala”a part of every home. The function was made meaningful by Dr Noorjahaan talking her heart out about ‘Triple Talaaq’ and how it has ruined the lives of lakhs of women and children down the years. The way the Muslim women reacted to the trailer of the film showed that the film gave them a ray of hope in the midst of the darkness they have been groping in and grovelling in. Bajpai has the qualities of a proper showman and knows how to arrange his events. It was grand when he has made his TV serial,“Bikhri Aas Nikhri Preet”, he had a grand party to release his book,“Dev Eternal Anand”and he had a grand premiere on March 7 which was as big as the premieres held for film in the sixties and the seventies. The man has a touch of class about him which becomes so very transparent that one can touch and feel it. The wait is now to see how the film fares at the two hundred theatres it will be released in all over India. What a man like Bajpai needs is some success and you can be sure that he will invite the stars and the moon in the sky to attend his success party. He doesn’t believe in doing things half-heartedly, he puts his heart into everything he does.

March 8 will be a very crucial day or Bajpai as he would have to prove worthy of his‘guru’and prove that he is not only a master when it comes to the knowledge of cinema, but also that he knows what a subject like “Triple Talaaq”demands and how to give it the best treatment in keeping with the changing times.

As a lover of the films of Lekh Tandon and as a well-wisher of Mr Bajpai and as a man concerned with the many causes of women, I hope and pray my best prayer that the film succeeds and sends home the message it has been made with and because of all the passion of a ‘guru’and his disciple that has gone into it. May the film lead to many at a juncture (Mod) from where it can only be the beginning of a new light in the lives of millions.

Mr Bajpai has crossed many ‘mods’to fulfill his guru’s dream and has seen it to the release all over India, but he also has plans to release it in the Gulf, in the UK and finally in the US. I am sure he will not rest till he has done complete justice to his guru’s dream. 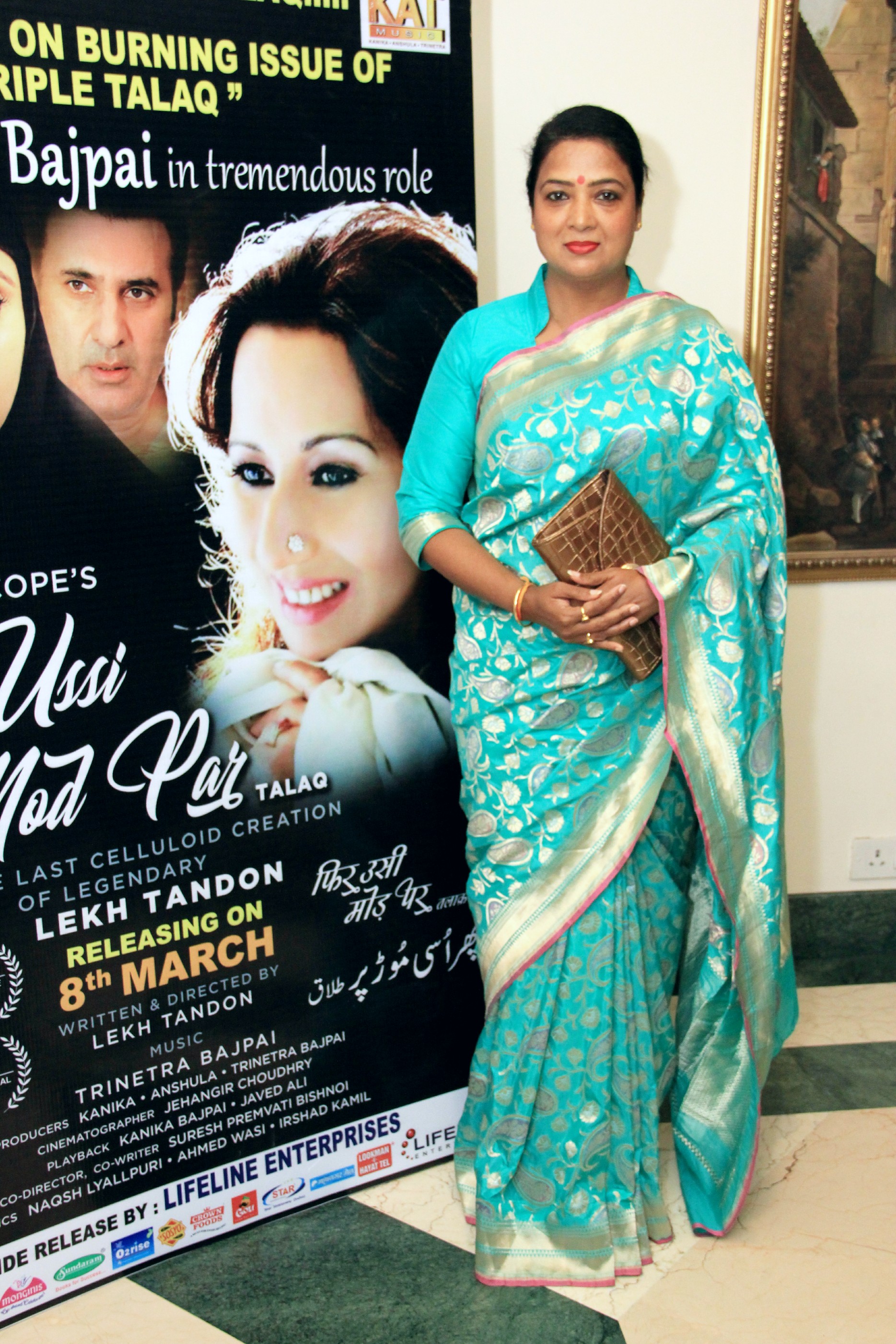 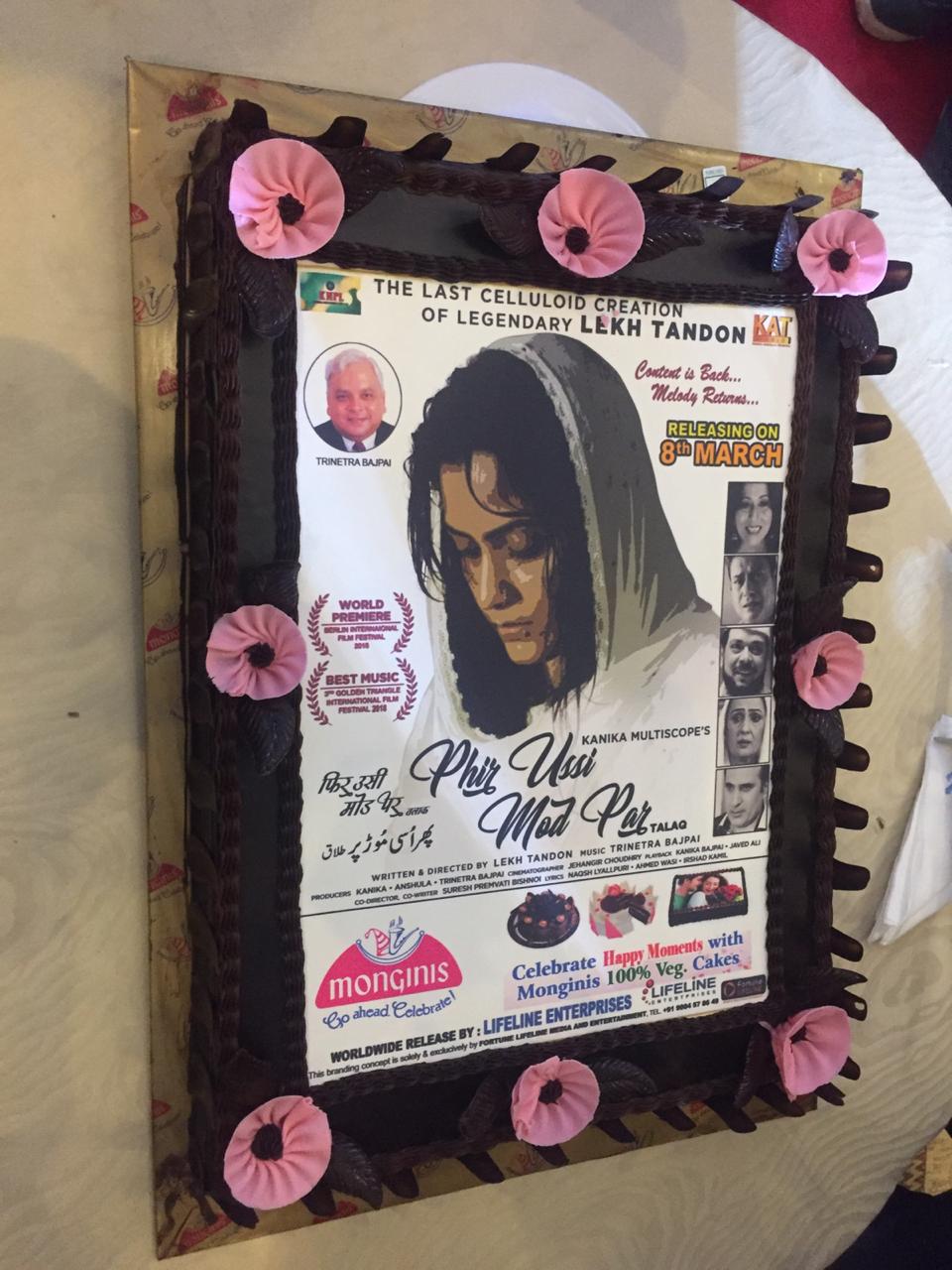 Kritika Kamra To Make A Comeback On Small-Screen?