But very few or no one knows how it all really happened. Hema who is mostly very reluctant to talk about her past came out with the real story during one of our spontaneous conversations.

She remembered every little scene that took place before, during and after she was finalized as the heroine of Raj Kapoor in her first film, “Sapnon Ka Saudagar”. To summarize that story which she told me with a lot of excitement when put in simple language goes something like this.

She was completely obsessed with classical dance and was an expert and a known performer at shows all over the South when she was just sixteen and never dreamt of making it as an actress.

It was during one of her shows that a South Indian producer, B. Ananthaswamy noticed her and decided to cast her in his film. He met her parents who had no objections to her taking up a career as an actress, but he somehow could not make his own film.

But he always had the young Hema in mind. He came to know that Raj Kapoor was looking for a new actress to be cast opposite him in a film called “Sapno Ka Saudagar”. Ananthaswamy wanted Hema to try.

He again sought the permission of her parents and told Hema about the film. She said she felt he was joking till she finally “took my first ever flight in an aeroplane to Bombay”.

She still couldn’t believe that she was going to meet the great Raj Kapoor till she finally reached the gate of R.K. Studios. She was introduced to the great showman by Ananthaswamy.

That day the showman had renowned guests like K. Asif, the maker of “Mughal-E-Azam”, Mahesh Kaul who was to direct “Sapno Ka Saudagar”, Raj’s music directors, Shankar and Jaikishan and his “voice”, Mukesh around.

He first had a look at Hema through the lens and then asked all his guests to have a look at her.

Hema said she was both nervous and excited to face such great personalities. Raj then asked her to wear the costume Padmini had worn in “Jis Desh Mein Ganga Behti Hain” and asked her if she could speak some lines in Hindi.

She was confident and agreed but when it was time to give the shot there was a little uncertainty but she remembers how a make-up man Vishnu kept encouraging her and she finally gave Raj Kapoor the wanted impact and after some time she was told that she was selected to play his heroine in “Sapno Ka Saudagar”.

That was the beginning of Hema’s career which is still going strong. 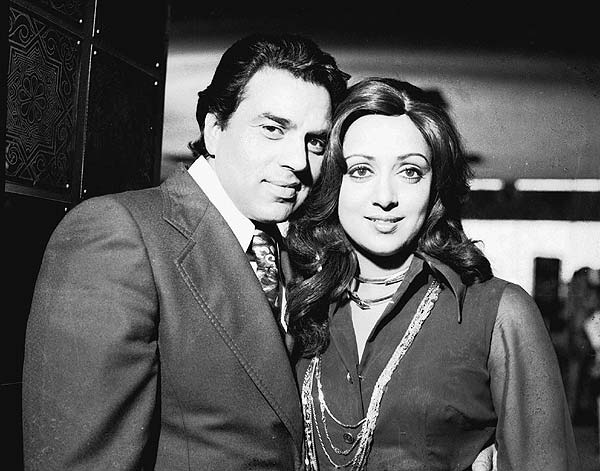 THE HEROES SHE HAS WORKED WITH

THE DIRECTORS SHE HAS WORKED WITH

She has directed her own films like “Dil Aashna Hai” (in which she introduced Shah Rukh Khan) and “Tell Me Oh Khudah” (in which her husband Dharmendra and their daughter Esha Deol worked together for the first time).

HEMA AS A POLITICIAN

She joined the BJP as an active campaigner during elections and was then nominated to the Rajya Sabha. She is now an elected MP and a prominent and senior leader of the BJP.

THE SECRET OF HER YOUTH

Bharat Natyam, Kuchipudi and other classical forms of dancing.

Giorgia Andriani turns out to be the cutest referee as she shares a funny video with her househelps fighting over a last slice of Pizza.