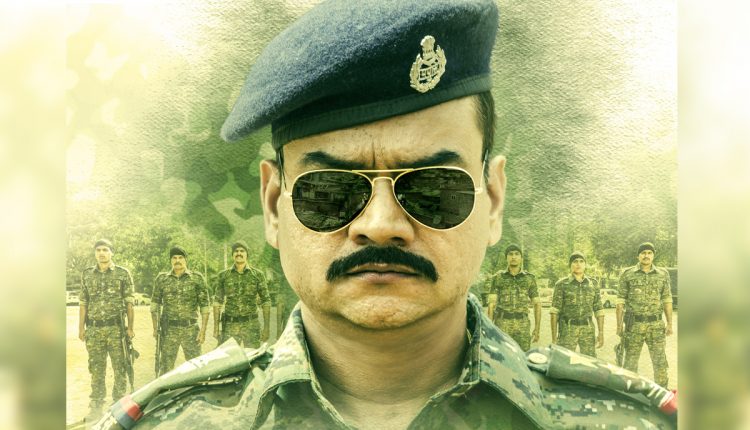 By Team Bollyy On Jun 12, 2019
0 222
Share
Jyothi Venkatesh
When we hear the word ‘policeman’, we have the image of a hot-headed and emotionless person. Working day and night for the safety of the citizens, the policeman is also a human being. We forget that he too has emotions and feelings. The policeman keeps a watchful eye on the various things happening in society with the same alertness and concern. The movie ‘Laal-Batti’ brings to light this aspect of a policeman.

26th July is celebrated as ’Kargil Vijay Divas’. ‘Laal-Batti’ is being released on this day. The movie is directed by Girish Mohite. Recently the poster of the movie is released.  The posters, with actor Mangesh Desai, have raised the expectations about the movie.

Talking about this Mangesh Desai said that every actor is always in search of a role which different from the usual run of the mill roles. He said that enacting the role of a cop who is a strict disciplinarian but at the same time very sensitive, was highly satisfying. He said that for the role he trained with QRT (Quick Response Team) at Thane and learned a lot of things necessary for depicting the role. The policemen working for the citizens are true heroes. He said that because of this role, people would understand the man beyond his uniform.

Under the banner of ‘Sai Cinema’  movie is produced by Santosh Sonawadekar. The story-screenplay is by Abhay Dakhane and dialogues are by Arvind Jagtap. The cinematography is by Krishna Soren and editing by Nilesh Gavand. The music is scored by Avinash-Vishwajit, art direction is by Digambar Talekar and the executive producer is Atul Salve.

‘Laal-Batti’ is releasing on 26th July.

I Don’t Decide What Happens In My Life, I Allow My Life To Happen To Itself” Says Bijay J Anand