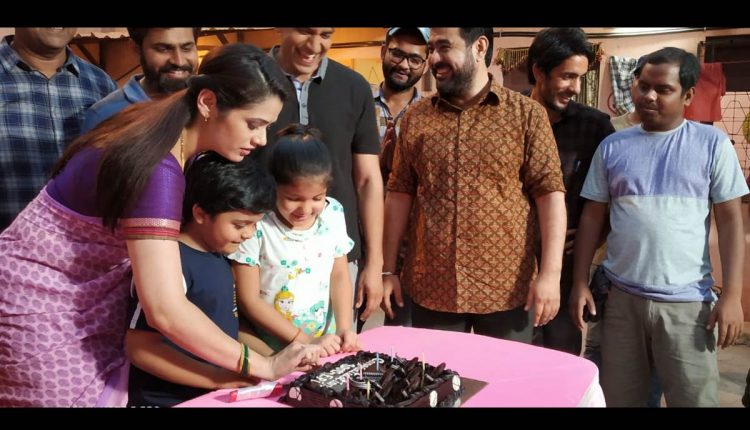 Ladies Special Reaches A Milestone – Celebrates The Completion Of 100 Episodes

Sony Entertainment Television’s renowned show Ladies Special that has consistently made a mark on the viewers has successfully completed 100 episodes. The show starring Girija Oak, Jia Mustafa, Bijlal Joshi, Sahil Chadda, Aditya Sidhu along with the crew is riding high after achieving their first milestone.

The show that portrays strong women has been very enriching and beyond entertainment so much show that it gives you hope and happiness combined with a strong messaging of women empowerment.

Post pack-up, the entire team gathered together for a cake cutting celebration followed by a huge bash. On contacting Girija Oak who plays the role of Meghana in Sony Entertainment Television’s Ladies Special, she shared, “ It’s been 100 episodes of the show Ladies Special and it still feels like we have just started. The journey has been enthralling and full of enjoyment. In the entire show, I have loved the unique conceptualization on how the show revolves around establishing women’s own identity. There are many more miles to achieve as the show is being immensely followed by women in India.”

Going forward the show will leave no stone unturned to spellbound its audience with the most unpredictable sequences and amusing twists.

Tune into Ladies Special every Mon- Fri 9:30 PM only on Sony Entertainment Television