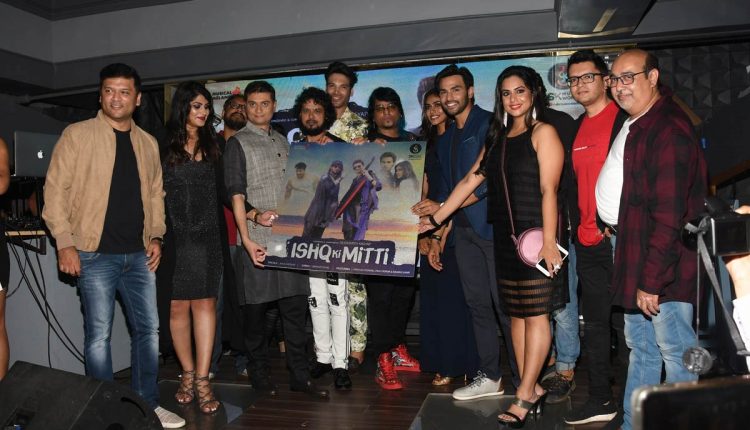 Siddharth Kasyap of SK Music Works knows how to hit the right note. Known for churning out several hits in the past he brings his 24th original song “Ishq Ki Mitti”

“Ishq Ki Mitti” a sufiyana contemporary love story of undying love will warm the cockles of your heart. In today’s fast paced world when music is created in rush, “Ishq Ki Mitti” bears testament to the fact that good songs will find their way into the hearts of the audience.

This heart melting song is touted to be the ‘love anthem of the year’. Serene, sublime & majestic is synonym to “Ishq Ki Mitti”. It is not just a romantic song, it’s an experience which can be seen & cherished by most.

Melodious, heavenly & powerful – these are the words that perfectly sum up this Sufi love ballad, “Ishq Ki Mitti”.

Elaborating about the song, he says “The song will help you explore this enchanting world of thoughts & emotions. The song is high on its musical richness, its subtlety & its uncanny  ability to reach deep within the heart”

Conceived & composed by Siddharth Kasyap, this song has vocals of Raja Hassan who is also a renowned Bollywood singer, and lyrics has been penned down by Ibrahim Ashq who also has several Bollywood songs to his kitty. The majestic high that the song takes one to, is enhanced by a gifted & senior sitar player Ravi Chari.

The song features popular faces of Vikas Verma, Naman Shaw and Apeksha Porwal. Vikas Verma was seen in several movies, Naman Shaw is a popular TV soap artist and Apeksha Porwal has been one of the top contestants of Miss India pageant. This video has been directed by Aziz Zee who has directed the recent horror flick 1978 Night Out and has copious music videos to his credentials as a director.