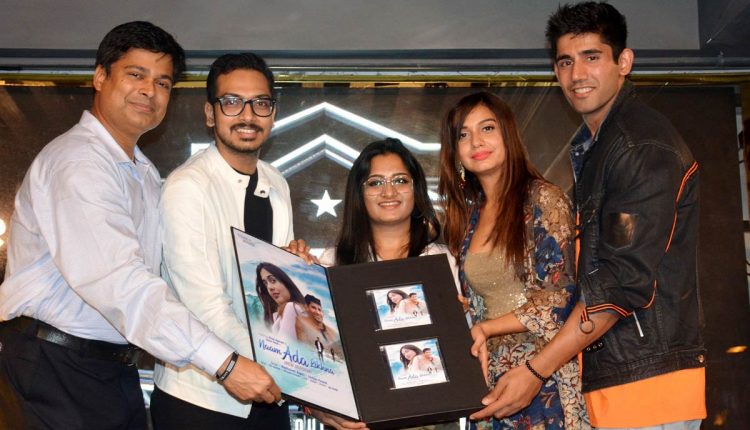 Times Music exclusive release ‘Naam Ada Likhna’ is a recreation of Shantanu Moitra’s song of the same name, from the movie ‘Yahaan’. Originally sung by Shreya Ghoshal and Shaan, the track first released in 2005. The music for the new rendition has been re-produced by Harshit Chauhan and is voiced by Madhubanti Bagchi and Shreyas Puranik.

The music video features the supremely gorgeous Divya Agarwal, and the very handsome Varun Sood. This adorable couple is placed in the picturesque locations of Ladakh and the entire video is a vision to watch. Lyrics written by Gulzaar Sahab come to life as the video explores deeper meaning of love and togetherness.