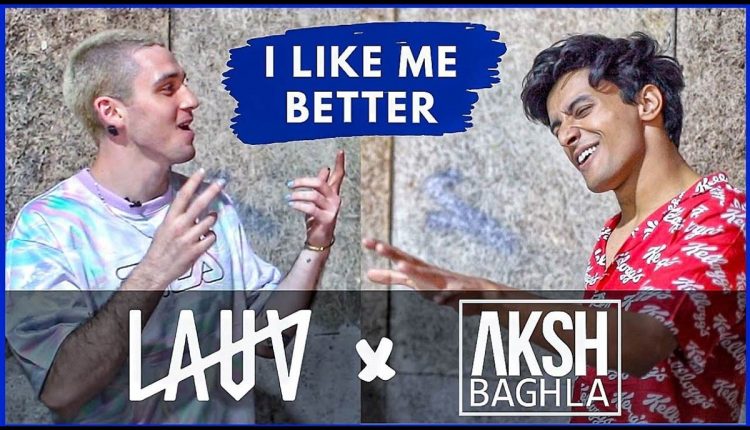 Aksh Baghla, one of India’s largest Music Centric content creators has tied up with Lauv(Ari StapransLeff)to shoot a cover of his song, I like Me Better which has received has been widely appreciated across the world. This video will be shot prior to Lauv taking the stage for his concert which was scheduled in Mumbai on Monday, 13th May 2019 at Famous Studios. Aksh, popular for his international and bollywood mashup series, posted one such video where he perfomes “I’m so tired x lamberghini”. Lauv discovered Aksh through this video which he praised and he also extended his support by commenting on it. Aksh is the face behind the hugely popular video, “1 Guy 30 Voices” which made him an overnight sensation across the globe. Aksh is also the talent behind the “Singing 20 Songs over a Single Beat” which again went viral across social media. As of today, Aksh’s YouTube channel has over 1.5 million subscribers with a total viewership of over 68 million views spread across his videos on his channel.As a part of this video, Lauv would be seen making an appearance to join Aksh while they both sing the song, “I like Me Better”. This is the first time ever Lauv has associated with an Indian origin music content creator and thus scaling this association to a whole new level.

Also commenting on the association new age singer AkshBaghla said, ““I feel really grateful to make a music video with such a talented singer- Lauv – who has already made a mark in the international music scene. I am actually inspired by his music so I was really excited to share the same frame with him. I always try and make good content for my followers; predominantly the subscribers on my YouTube channel who always support me to create unique content while experimenting with music”. Lauv is the 23-year-old independent singer, songwriter, multi-instrumentalist and producer scored a big hit with “I Like Me Better,” which earned platinum certification in seven countries, gold certification in three and scanned platinum in the U.S.