Madhur Bhandarkar’s ‘Indu Sarkar’ Is Now A Part Of Nfai!

Madhur Bhandarkar’s latest period political thriller ‘Indu Sarkar’ is now a part of NFAI. Yesterday, on 19th  July, noted filmmaker Bhandarkar handed over the digital version of the film to NFAI Director Mr. Prakash Magdum for the purpose of archiving during his visit to NFAI.  Based on true events, starring Kirti Kulhari, Tota Roy Chowdhury, Neil Nitin Mukesh, Supriya Vinod, Rashmi Jha and Anupam Kher in the major roles, the period political thriller is set during the emergency period of 1975 to 1977.Well-known director Madhur Bhandarkar made his directorial debut with Trishakti and went on to direct several critically and commercially successful films. His films are known for presenting revealing realities of glamour world.  His first was a flop called Trishakti. His second film Chandni Bar (2001), won him the National Film Award for Best Film on Social Issues. Whereas Bhandarkar received the National Film Awards for the Best Feature Film and Best Director for Page 3 (2005) and Traffic Signal (2007) respectively. 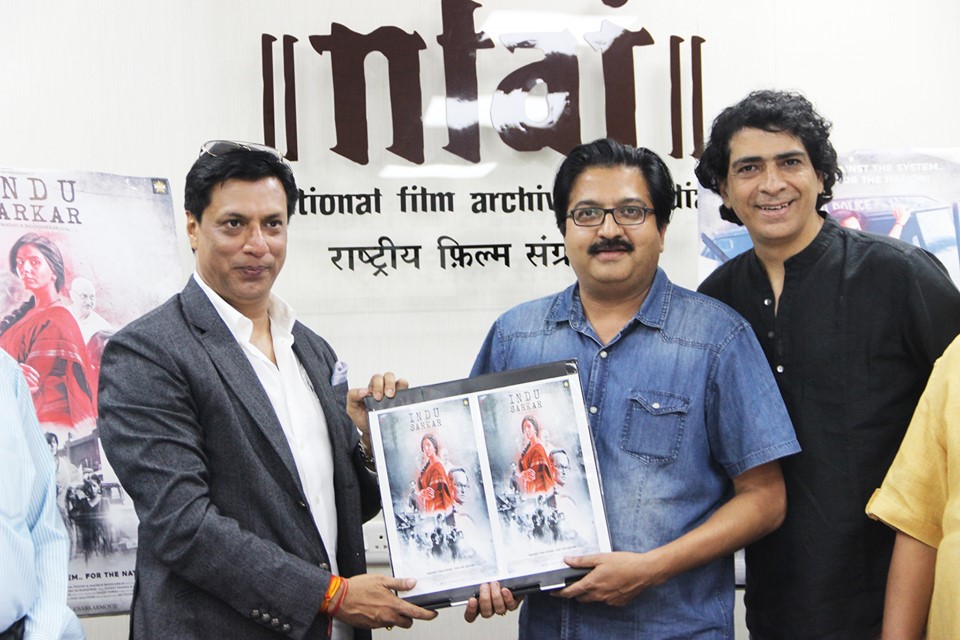 Lakshmi Manchu To Host A Reality Show In Thailand