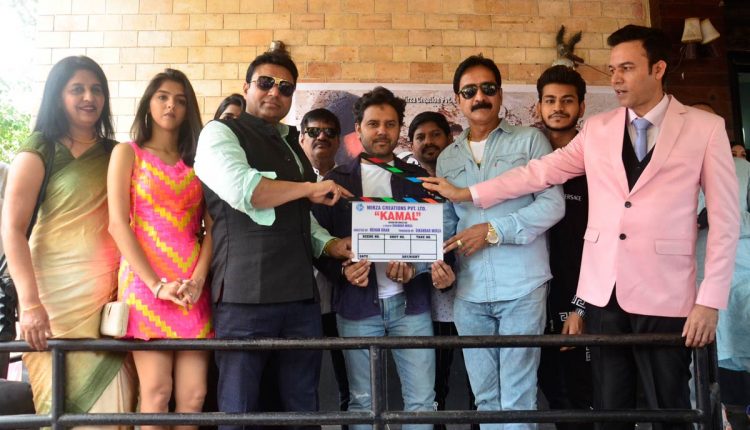 Producer and writer of the film, Sikander Mirza is all set to make his new appearance in the upcoming year with Kamal, a realistic feature film of a brave girl is on the brink of its actual shoot by the end of this july.

The inauguration of the movie Kamal was organized at Krishna Studio on 23rd June, 2019. The overall team of Kamal including the director Rehan Khan, producer and writer Sikander Mirza and also actor Ehsan Khan, singers Javed Ali, music director Nawab Sawab was present to fill this musical event with a great headstart.

The overall event happened to be a great hit as many popular artists of the bollywood industry came to grace this event.

The event ended up with some special appearances from the top media channels who came for the press conference and participated equally in covering the event all together.

Film Kamal is under the banner of Mirza Creations Pvt Ltd and is all set to mark their presence in the cinema hall soon.

SRK Launches The Trailer Of The Marathi Film Smile Please

VIVAAN DISCOVERS SHOCKING TRUTH ABOUT HIS EXISTENCE IN BAALVEER RETURNS

CATCH THE INDIAN TELEVISION PREMIERE OF PSYCHOTIC THRILLER ‘THE LODGE’ ON &FLIX,…